The war in Ukraine presents a fundamental challenge to the project of European integration, aimed at making war within Europe obsolete. The conflict also threatens the Ukrainian population’s aspirations to construct a political order and a civil society in accordance with traditional European norms and values. Two expert panels discussed Ukrainian peacemaking traditions, current conflict trends, and paths toward reconciliation.

The event is co-sponsored by the Berkley Center for Religion, Peace, and World Affairs and the International Institute for Ethics and Contemporary Issues of the Ukrainian Catholic University in L’viv. 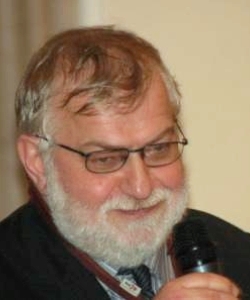 From 1978 through 2007, Etienne De Jonghe was secretary-general of Pax Christi International, which deals with conflict transformation, reconciliation, and peace. He has previously been a Berkley Center research fellow. During his time at Pax Christi, first as a grassroots level member, later as an international board member, and finally as secretary-general, De Jonghe was involved with and co-organized campaigns and fact finding missions. Over the years he has substantially contributed to the development of a global network and a set of strategies for advocacy on both national and international scales. Throughout his work, De Jonghe has been engaged in bridge-building with various faith communities, including the Catholic Church and the Russian Orthodox Church. He has also done human rights work and conflict resolution in Latin America, Asia, and Africa. De Jonghe retired in 2008 and now researches issues related to peace and conflict transformation work, as well as the role of religion and civil society in peacemaking.

Archimandrite Cyril Hovorun is professor of ecclesiology, international relations, and ecumenism at Sankt Ignatios Theological Academy and the Stockholm School of Theology. Ordained in the Orthodox Church, Hovorun previously served as acting director of the Huffington Ecumenical Institute at Loyola Marymount University in Los Angeles. His main fields of expertise are early Christian traditions, ecclesiology, and public theology. 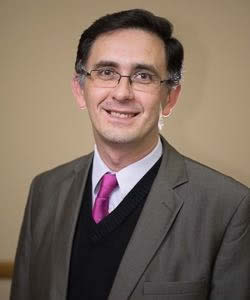 Volodymyr Turchynovskyy is dean of faculty of social sciences at Ukrainian Catholic University. Since 2013 he has also served as a director of the International Institute for Ethics and Contemporary Issues (IIECI, UCU). His research interests include ethics and anthropology, phenomenology, and university governance. He is the editor of Ethics in the Global World:Reflections on Civic Virtues (2013) and has also published numerous articles and book chapters in both Ukrainian and English. 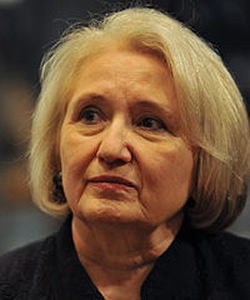 Ambassador Melanne Verveer is the executive director of the Georgetown Institute for Women, Peace and Security. She most recently served as the first US Ambassador for Global Women’s Issues. In this position, she coordinated foreign policy issues and activities relating to the political, economic and social advancement of women, traveling to nearly sixty countries. She worked to ensure that women’s participation and rights are fully integrated into US foreign policy, and she played a leadership role in the Obama administration’s development of the US National Action Plan on Women, Peace and Security. From 2000 to 2008, she was the chair and co-CEO of Vital Voices Global Partnership, an international NGO that she co-founded to invest in emerging women leaders. During the Clinton administration, she served as assistant to the president and chief of staff to first lady Hillary Clinton. She received a B.S. and M.S. from Georgetown University.