On 16 March Dr. Williams announced that he would step down from his role as Archbishop of Canterbury in December 2012 in order to take up a post at Cambridge University.

“Building Bridges has been a very important aspect of my work as Archbishop of Canterbury. The friendships that have been formed between Christian and Muslim scholars of many traditions and from many nations and the quality of the theological conversation, which has evolved between them over several years, have been enormously encouraging. I am deeply grateful to Georgetown University for taking on the next phase of Building Bridges and have every confidence that the momentum within this process will lead to more fruitful dialogue. I hope to participate again myself from time to time.”

“Under Archbishop Williams’ leadership, Building Bridges has become the foremost dialogue for Christian-Muslim scholars in the world. We look forward to building upon the seminar’s achievements and its continued contributions to strengthen understanding across our faiths and cultures.”

Mona Siddiqui, professor of Islamic and Interreligious Studies at the University of Edinburgh, and a Building Bridges participant, said:

“It is very encouraging that the Building Bridges seminars will continue under the leadership of Georgetown University; I look forward to continuing the dialogue.”

The eleventh seminar is being held in London and Canterbury from 23-25 April. Future seminars will be held alternately at Georgetown’s Washington, D.C. and Doha, Qatar campuses. Georgetown University has hosted three of the previous seminars, with President DeGioia’s participation.

The Church of England will maintain strong links with Building Bridges through the office of the Archbishop’s Secretary for Inter Religious Affairs, the Revd. Dr Toby Howarth. For more information, contact Dr. David Marshall. 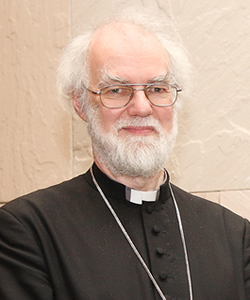