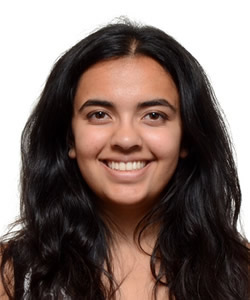 Hindu American Seva Communities (HASC) is an organization dedicated to promoting seva, the Hindu notion of selfless service. HASC aims to strengthen grassroots organizing and build relationships between the U.S. government and dharmic places of worship The organization was founded in 2009, supported by the White House Office of Faith-Based and Neighborhoods Partnerships. The White House Office of Faith-Based and Neighborhoods Partnerships is an office created by a 2009 executive order of President Barack Obama for the purpose of building relationships between the United States government and community organizations. Anju Bhargava, the only Hindu member of Obama’s Advisory Council on Faith-Based and Neighborhoods Partnerships, observed the work done by leaders on the council of other faith traditions and was inspired to set up HASC. With other leaders such as Dr. Ved Chaudhary, retired assistant commissioner of the New Jersey Department of Environmental Protection and current president of the Educators Society for Heritage of India, she got the organization up and running. HASC was initially conceived as Hindu Seva Charities, based on a suggestion from Catholic Charities. However, upon further discussion, HASC was incorporated as Hindu American Seva Charities and then renamed Hindu American Seva Communities to emphasize its commitment to social justice, as opposed to simply charity.

When the organization was first set up, Chaudhary contacted the National Corporation for Community Service and instituted Volunteers in Service to America (VISTA), a program which allows individuals who have just graduated college or retired to complete a year of community service. HASC’s VISTA fellows have worked with other organizations in a number of capacities; for example, one fellow supported the efforts of Women for Afghan Women by teaching English to Afghan refugees and providing them with blankets in New York.

HASC has also been involved in issues including refugee support, environmental advocacy, health and wellness, and temple security. Under the Obama administration, HASC worked to integrate Bhutanese refugees into society and provided services such as tutoring to them. HASC also developed training materials on energy initiatives and promoted the idea of the importance of the environment in Hinduism by partnering with the organization GreenFaith. HASC created a training program called MyThali, based on the traditional Indian thali (a meal with various dishes served on a platter), which promotes a balanced nutrition. In regards to temple safety, HASC worked with the Department of Homeland Security to secure places of worship for Hindus, Jains, and especially Sikhs, who are often perceived as terrorists because of their turbans and beards.

One of HASC’s signature programs is UtsavSeva. Utsavs are Hindu festivals, and the initiative aims to relate festivals to social justice. For example, Diwali, the Festival of Lights, is near Thanksgiving and Veterans Day, so HASC has supported endeavors geared towards feeding homeless communities. Bhargava explained that UtsavSeva is an accessible way for young people to connect with the Hindu faith tradition—especially college students who attend schools without Hindu chaplains.

Speaking about Hinduism more broadly, Hindu leaders argued that Hinduism has a strong connection to social justice, though that may not be explicit in the Western sense of the term. Brahmachari Vrajvihari Sharan, director for Hindu life at Georgetown University, elucidated how he had trouble explaining social justice from a faith perspective during his Georgetown interview. He explained, “For Hindus, the central philosophy of seva (selfless service) is predicated on our ability to understand it both in our spiritual life but also in our daily interactions with the world. Having faith or an understanding of Vedantic spirituality means living social justice.” Bhargava also explained that Hinduism emphasizes doing the right thing rather than correcting social injustices—for example, in regards to health and wellness, ancient Hindus focused on preventing illness through yoga, Ayurveda, and meditation.

While Hinduism does not explicitly use the terminology of social justice, it connects to social justice values through the idea of the “One” divine spirit. Chaudhary illustrated this idea with the quote “Vasudhaiva Kutumbakam,” which means that “the whole world is one family": “Hindus use the term namaste to greet each other. Namaste means 'I respect you' rather than 'I merely tolerate you,' which suggests that Hindus consider everyone to be equal,” he explained. Bhargava agreed that we are our “brothers’ keepers,” and that compassion is necessary for moksha, or salvation, the ultimate goal in the Hindu tradition. She explained that the divine manifests itself differently in different individuals, but it is all part of the “One." Sharan agreed with this notion, referencing a core Hindu text, the Bhagavad Gita, which explains that there is intrinsic value in every human being. Sharan explained that the divine in Hinduism is manifested by helping those who are suffering and standing with those who are marginalized in society.

Those interviewed emphasized the importance of interfaith work in the Hindu tradition. Sharan argued that the Hindu tradition has a strong framework for respect of other religions, which connects to the idea of the one divine spirit. Furthermore, Sharan argued, India has throughout its history accepted communities of diverse faith traditions—Indian Jews, St. Thomas Christians, Malabar Catholics, Sufis, Baha’is, Zoroastrians, and Tibetan Buddhists—and individuals of these communities have coexisted in relative peace. Chaudhary reiterated this point, adding that the Parsi community came to India after persecution and has since become one of the richest communities in the country. As illustrated by these examples, interfaith work is a large component of the Hindu faith tradition.

Since HASC had little infrastructure and few networks when initially started, Chaudhary explained, the HASC had to be extensively involved with interfaith work. Faith-based organizations of other traditions had more extensive networks, so HASC worked with them. Chaudhary explained, “Through interfaith, we could show our presence and be productive from day one." Bhargava said that HASC has worked with Interfaith Youth Core, Catholic Charities, We Repair, and several other organizations in different capacities. More recently, she said, HASC has worked with organizations such as United Way to collect money to give solar lanterns and solar cooking ranges to people in the Virgin Islands and Puerto Rico who were affected by hurricanes.

However, faith leaders also emphasized several challenges in pursuing social justice through a Hindu lens. Many Hindus are reluctant to associate with their religion outside of their homes and temples, Bhargava and Chaudhary explained. Chaudhary cited an anecdote of an interfaith conference organized by Rutgers University after 9/11. During the conference, there were speakers from the Catholic, Protestant, Baptist Christian, Jewish, Muslim, and Sikh faiths, but no Hindus. In speaking with the organizer of the conference, Chaudhary emphasized that there were over 2,000 Indians at Rutgers and the organizer agreed, but explained that he did not know if any of those Indians were Hindus. Thus, Chaudhary said, there is a significant lack of information about the Hindu faith. Bhargava agreed with this assessment and explained that it has been difficult to find a path to follow, so she has had to create her own. She explained that she wanted to include the word “Hindu” in the name of HASC because Hindus did not have many other organizations to represent them.

Another challenge, Sharan explained, is that Hinduism has been co-opted for political reasons. Furthermore, Sharan argued, many Hindus have not reconciled the atrocities committed against them in the past. Only recently have a group of swamis (Hindu monks and nuns) overcome acts perpetrated against Hindus and looked forward, Sharan argued. Bhargava added that another challenge is the fact that some individuals have grown up in insular communities and that there may be prejudices that need to be challenged.

There are a number of ways for Hindus to address these issues and accept their faith identities, faith leaders emphasized. Sharan stressed the importance of cultural exchange between American Hindus and Hindus in other parts of the world. He explained that Hindus from other parts of the world can learn from American Hindus’ critical approach to Hinduism. On the other hand, American Hindus often do not have pride in their faith, due to issues of mediation of religion. They can learn this pride from Hindus in other parts of the world. Sharan also suggested that interest in Hindu philosophies from other communities has encouraged young Hindus to find value in their faith traditions. He explained that movements such as the mindfulness and meditation movement, yoga movement, vegan movement, and kirtan movement (type of meditation) have become part of popular culture, and many young Hindus noticing this trend have delved deeper into the history of Hinduism. Hinduism does not aim to convert. Rather, it is focused on helping individuals with their needs, so young Hindus can discover what the faith tradition means for them.

All faith leaders stressed that young people will carry the tradition forward. Chaudhary explained that despite the fact that they are minorities, young people have certain advantages such as being in academic settings that allow them to create a change. Sharan extended this analysis by arguing that there are numerous strengths of Hinduism. For example, Hindus have been innovators in many fields. As long as they remember to be humble and ask questions if they do not know something, they have the potential to make a difference, he argued. Sharan emphasized that this is especially true for young people, who he says will be faced with many challenges. Bhargava agreed with this assessment. She explained that HASC has focused significantly on training youth leaders, and argued that it is the youth who will be able to challenge many biases and prejudices.

As argued by various faith leaders, Hinduism is a dynamic and diverse tradition. HASC’s focus on seva through initiatives around refugees, environmental advocacy, health and wellness promotion, and temple security represents one approach to the Hindu faith tradition. However, there are broad Hindu principles emphasized by many leaders, such as the faith’s strong connection to social justice values through its emphasis on a singular divine consciousness that manifests itself in every human being. Hinduism has been heavily politicized, especially in regards to the evolution of Hindu nationalism in India and the United States today and its manifestation in the oppression of Muslim communities, low-caste communities, etc. Analysis of evidence provided by faith leaders suggests that this politicization of the faith can and should be challenged, and that Hindu leaders should promote peace and tolerance. Furthermore, the example of HASC can inspire future endeavors pertaining to the connections of Hinduism and service.