The Enemy of My Enemy is My Friend, Unless They’re a Terrorist: Proxy Use of Middle Eastern Non-state Actors in U.S. Counterterrorism Policy

My research explores the conditions of non-state actors under which contemporary U.S. counterterrorism policy is most (or least) successfully executive. This is achieved through a comparative analysis of significant policy cases for the United States. The conditions at hand, in this context, refer to the qualities and characteristics of the group, such as their history, their sociopolitical status, relationship with the government, location, religious affiliations, and more. It provides an in-depth analysis of two major non-state actors: the Syrian Democratic Forces (dominated by the Kurds who are majority Sunni, but with the addition of U.S.-recruited ethnic and religious minority militias) and the Afghan Local Police (several ethnic, tribal, and religious minorities recruited to patrol their villages, supported by the United States). It addresses the role of non-state groups in U.S. counterterrorism policy and attempts to assess the effectiveness of using these groups to counter terrorism. If a new terrorist group were to emerge in another part of the world in the coming years, this research provides those qualities of the proxy relationship that, according to the cases analyzed, produce the most and least successful proxy relationships. 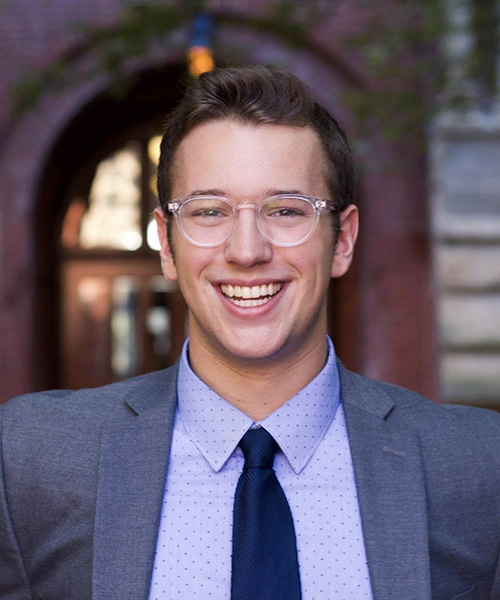 Matthew Buckwald (C'20) is a senior in the College majoring in government with minors in Arabic and religion, ethics, and world affairs. Matt gained a passion for public service and international affairs starting with a Global Human Rights Fellowship at the United Nations High Commissioner for Human Rights. At Georgetown, he has interned at the U.S. House of Representatives twice, assisting with military, immigration, and national security portfolios. After working for the Human Rights Campaign as a development intern, Matt also held positions at the U.S. Department of Justice and the U.S. Department of Homeland Security. On campus, Matt serves as the chair of the senior class committee, director of recruitment for the Blue & Gray tour guide society, and co-chair of the Georgetown Institute of Politics & Public Service. After graduating from the government honors program, Matt will be pursuing his master’s degree in security and diplomacy studies from Tel Aviv University on a Fulbright Scholarship.