For 20 years, the Building Bridges Seminar has brought together a range of internationally recognized Christian and Muslim scholars for intensive study. These annual seminars, each lasting three or four days, have explored many of the most significant themes in the interface between Islam and Christianity—among them, scripture; prophecy; the common good; justice and rights; human nature; interpretation; science and religion; tradition and modernity; prayer; death, resurrection, and human destiny; community; God’s creativity and human action; monotheism and its complexities; and divine and human power. Proceedings of most seminars have been published, with others in production. Texts from the Christian and Islamic scriptures plus theological reflections and significant documents from both traditions become the basis for discussion in a program that includes public lectures and private sessions.

History of the Seminar

In January 2002, not long after the events of September 11, 2001 had underlined the need for sustained efforts in developing better Christian-Muslim relations, the first Building Bridges Seminar for Muslim and Christian scholars was hosted at Lambeth Palace in London by the then archbishop of Canterbury, Dr. George Carey. One of the first overseas visits made by Dr. Rowan Williams, who succeeded Dr. Carey in 2003, was to chair the second Building Bridges seminar in Qatar. Dr. Williams made a priority of continuing this initiative, chairing further seminars in Washington, DC, Sarajevo, Singapore, Rome, and Istanbul. In 2012, the seminar went to London and Canterbury for its final meeting under the leadership of Dr. Williams.

In 2012, President John J. DeGioia of Georgetown University accepted Dr. Williams’ invitation to assume stewardship of Building Bridges, hence to continue to support and develop this unique approach to Christian-Muslim dialogue. In fact, Building Bridges had a deep involvement with the university already, having first come to Georgetown for the third seminar in 2004. Subsequently, the seminar convened at the university’s Washington, DC, campus and in nearby northern Virginia in 2006, 2010, 2014, 2016, and 2017; and at Georgetown’s Qatar campus in 2011, 2013, and 2015. In 2018 and 2019, collaboration between Georgetown and host institutions allowed the seminar to convene in Sarajevo, Bosnia-Herzegovina, and Geneva, Switzerland, respectively. Several of Georgetown’s faculty members have been participants—as has Dr. DeGioia himself out of his desire to support this initiative as part of a wider vision for the role Georgetown can play in promoting dialogue in many forms.

Daniel Madigan, S.J., Ruesch Family Associate Professor in Georgetown's Department of Theology and a leading Christian scholar of Islam, has taken on the role of chair of Building Bridges. Professor Madigan has participated in nearly all the Building Bridges seminars to date and has a wealth of experience in Christian-Muslim dialogue. He works closely with the academic director of Building Bridges, the Rev’d. Dr. David Marshall, programme executive for interreligious dialogue and cooperation at the World Council of Churches, and research fellow of Georgetown's Berkley Center for Religion, Peace, and World Affairs. Dr. Marshall has been involved in the seminars since they began in 2002. Dr. Lucinda Mosher, faculty associate for interfaith studies at Hartford Seminary, is the seminar’s rapporteur. She participated in the 2011 seminar, then joined the Building Bridges staff in July 2012. Since 2012, Mr. Samuel Wagner, Georgetown University’s director of dialogue and Catholic identity, has served as the seminar’s coordinator, working closely with the chair and academic director in planning the annual meetings. Dr. Thomas Banchoff, Georgetown University’s vice president for global engagement, and Dr. Michael Kessler, executive director of the Berkley Center, are supportive of the Building Bridges Seminar, notably in facilitating the development of its online presence as a project of the Berkley Center’s website.

The Building Bridges website provides a synopsis of the themes of each seminar, information about participants, access to the published proceedings of each seminar as they become available, and video of some public lectures.

Questions about Building Bridges and this website can be addressed to: 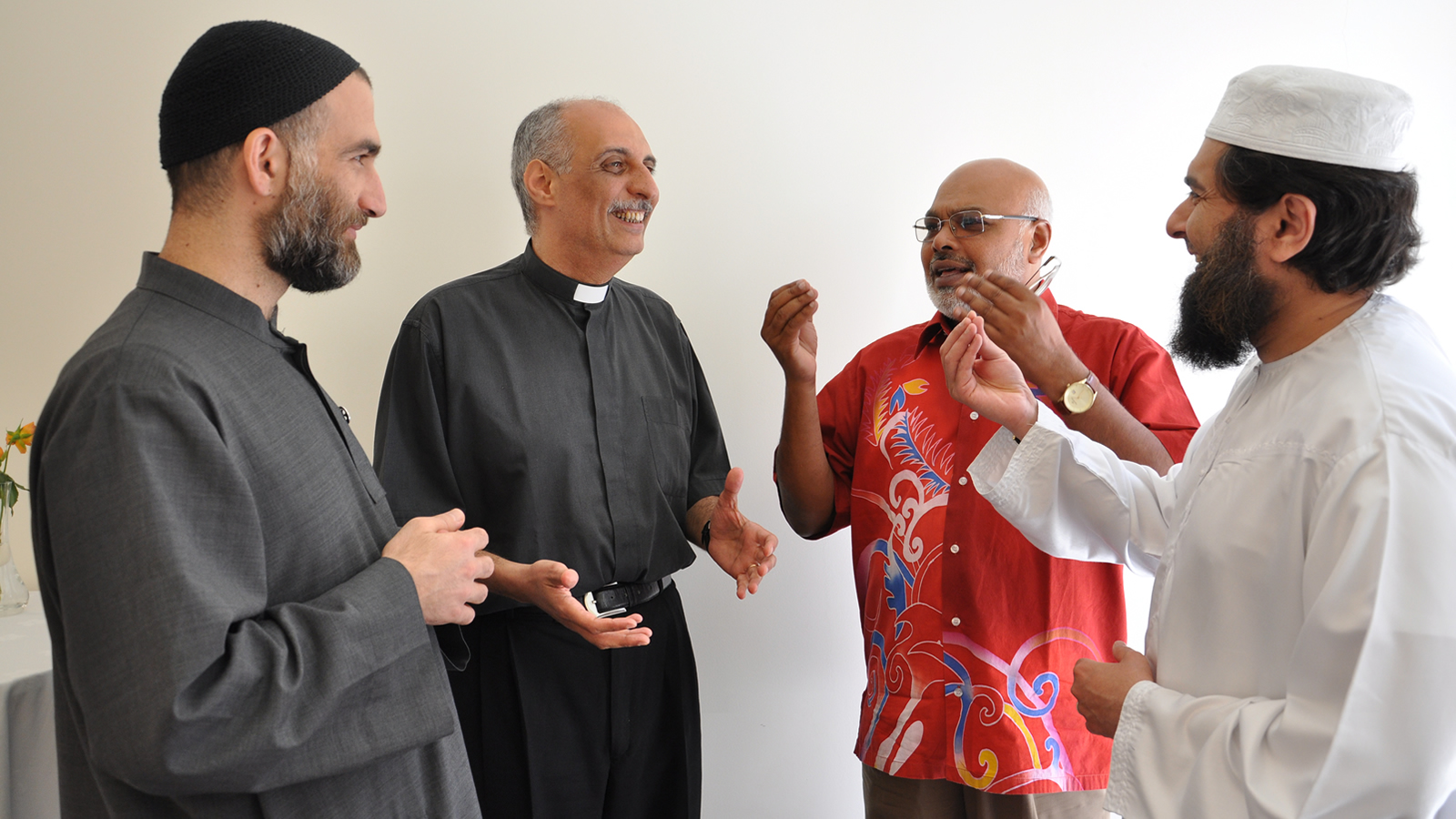 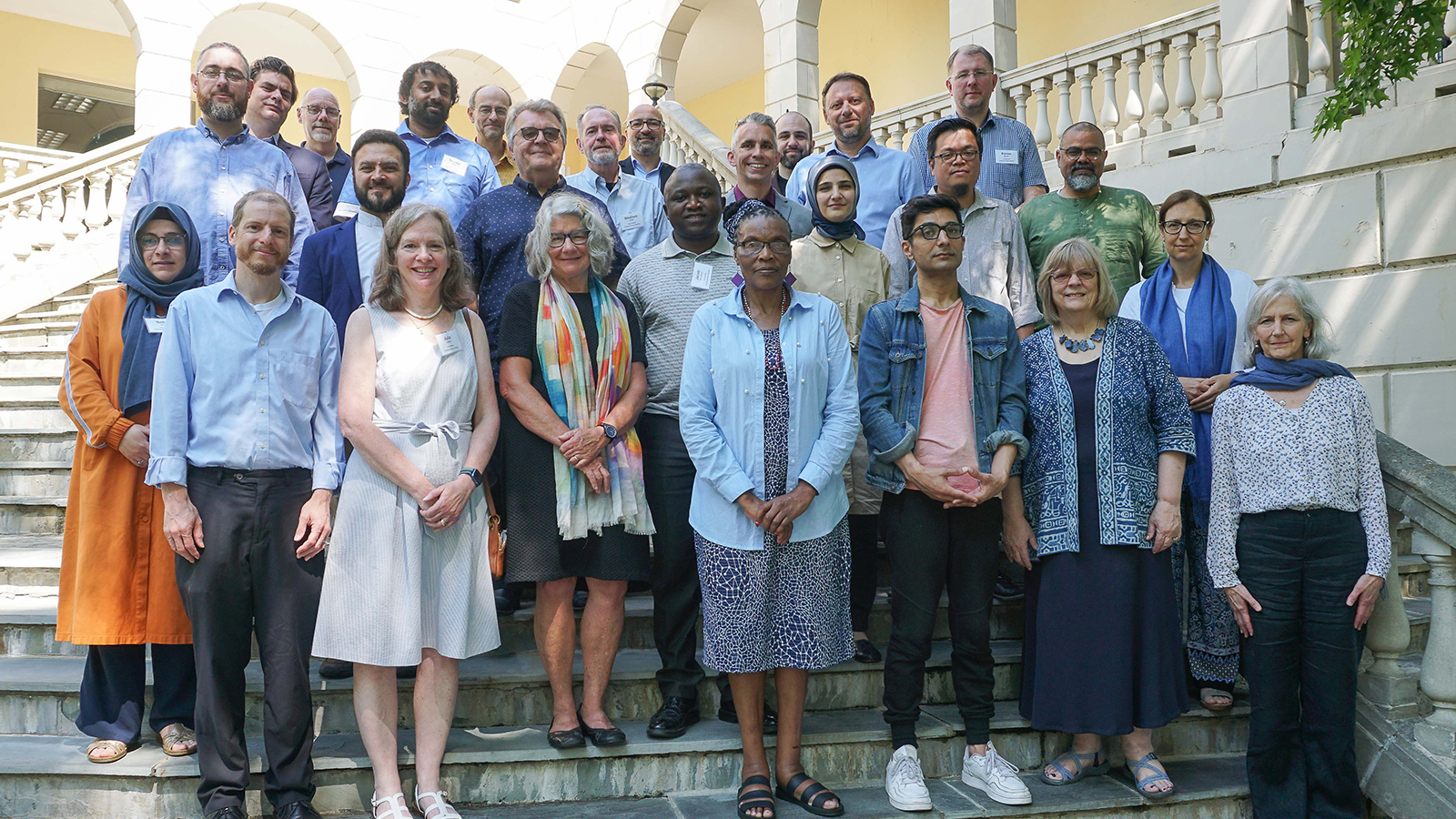 The Building Bridges Seminar: An Exercise in “Relational Theology”

Georgetown This Week: This Sacred Season