Background: This conversation between Albeiro Rodas, Nathaniel Adams and Jennifer Cimaglia took place at Don Bosco Technical School in Sihanoukville, Cambodia on October 18, 2011. Albeiro Rodas is one of a handful of Salesians that operate Don Bosco schools in Cambodia. Don Bosco has facilities in Phnom Penh, Poipet, Battambang, Sihanoukville and Kep. These schools provide training to disadvantaged students in a range of technical subjects from automotive repair to audio/visual production and from seamstress skills to secretarial studies. In this conversation, Albeiro Rodas discusses his past and personal inspiration to work as a Salesian educator in the tradition of Don Bosco. He gives background on the Don Bosco Technical School in Sihanoukville, describing how students are selected and how the skills taught at the center can help youth to break the cycle of poverty. He also explains Don Bosco’s “Preventive System,” which is the educational philosophy that serves to guide Salesian teachers around the world.

Could you tell us a little bit about your background and how you came to Cambodia?

I’m originally from Colombia. I studied communication and journalism at Universidad Pontificia Bolivariana of Medellín and later joined the Salesians of Don Bosco. I very much wanted to do mission work in Asia. Ever since I was young, I’ve had a great interest in Asia and when I asked if it would be possible to work there they told me, “of course.” They sent me to Cartagena to learn philosophy for a year while I waited for permission to arrive from Rome for my mission work. Initially I had asked to go to Siberia, but once in Rome, I had a conversation with an Italian superior; he had lived in Venezuela and spoke Spanish very well. He said, “I know you had asked to go to Siberia, but you know, it’s not cool like the Andes; it’s freezing cold, the weather is terrible.” He said, “If you want there is another country in Asia, called Cambodia.” I asked if Cambodia was near China. He said yes and showed me on a map. Soon after that, in 1999, they sent me out. I could only speak Spanish at that time and they sent me from Milan to Bangkok alone with a University of Chicago Spanish to English dictionary. I remember one of the flight attendants asked me what I would like to drink and I couldn’t even answer! I arrived in Bangkok on my twenty-ninth birthday. At that time Cambodia was nothing like it is today. It was so poor, it was like some of the war torn parts of Africa today. Once in Cambodia, I started to study Khmer. I actually learned Khmer before English; my students never believe me about that. It was very challenging because the teachers taught me in English. I had to translate from Khmer to English to Spanish.

After my first year in Cambodia, I was out of the country for a period. In 2000 I was sent to Manila to study English for three months and then, in 2001, sent to Israel to study theology. I was living right on the Palestine Israel border. I would see all these tanks in the area and I remember I said to this father, “Wow, this place is very dangerous.” He said, “But Albeiro, you are Colombian! I can’t believe a Colombian is afraid of this place.” Actually, nothing bad happened during my stay, it was a beautiful place and I had an amazing 4 years there. In 2005, I returned to Cambodia and spent a year in Poipet, which is a very difficult border town. Then I came to Sihanoukville to set up the Social Communication and Journalism section. I thought that building local capacity in Social Communication could really help the country. I saw all the problems in Cambodia, but in the media these problems were always portrayed by foreigners and never by Cambodians themselves. I thought, we need to let Cambodians speak about themselves. I got approval for the project and it has been very successful.

How do admissions work at the Don Bosco Technical School? What criteria do you use to admit new students?

We try to take youth from farming backgrounds and we give priority to orphans and abandoned children. Some are recommended by other NGOs. We do an interview with prospective students to make sure those applying are truly in need. There are other steps that we use in the selection process including tests, but the interview is probably the most important aspect. The selection process can be very difficult; in Sihanoukville alone we have more than 1,000 students applying for 250 positions. They mostly hear about us by word of mouth. We have put information about the school on local radio stations, but last year we didn’t use the radio and more students applied than ever before. Oral communication is very important in Cambodia. Since the population in Cambodia is increasing there is a growing need for this kind of education.

What course offered by Don Bosco has been the most popular?

We try to make sure that all the courses are answering a real need in Cambodia. We’ve started an industrial mechanic course and these are technical skills that are not well known in Cambodia. As I said, I started the social communication section a few years ago, which includes audio/visual production and web design, and that has been a very popular section. Upon completing a two-year program, students receive an associate’s degree.

Does Don Bosco have a relationship with employers that source students from the school?

Yes. Many companies know Don Bosco because we have been working in Cambodia for over 20 years. Many companies have hired our past pupils. These past pupils help build connections between companies and Don Bosco. Every year companies will contact us and we will pass on student’s CVs. The government also often recommends Don Bosco students to foreign companies that establish a presence in Cambodia. They’ll say, “Ok, you can work here but you should take employees from Don Bosco.” Recently a Japanese company took many of our secretaries for their new offices in Cambodia.

How do Don Bosco students receive sponsorships to help them while they are studying?

At Don Bosco we have many projects and many sections and each might be sponsored by several organizations. Only a few students have individual sponsors who support them during their time here and that relationship is developed externally to Don Bosco. In addition to assisting students that attend our own schools, we are developing a Children’s Fund to provide financial support to families in need and ensure that youth are able to continue their studies at government schools. We have a web of many organizations from Italy, France, Poland and other countries that are helping to support this initiative.

How is the Salesian Preventive System important to your teaching philosophy?

Well, as you probably know, Don Bosco was a Catholic priest and educator in Italy in the nineteenth century. Some call him the Mother Teresa of the nineteenth century. He invented the Preventive System which he said was based on three elements: Reason, Religion and Loving-kindness. At that time there was a very repressive system in the schools, and the idea was to punish bad behavior. Don Bosco had the idea that through the kindness and assistance of teachers there would be no need for this kind of repressive discipline. This is why it’s called the preventive system. The teacher should be around all the time, but not as a policeman—as a friend. The system also has a big focus on education by doing, not only learning, theory. This is why Don Bosco schools have such a technical focus. You can probably see around the campus that sport is also very important since it helps to develop cooperation and dialogue. Dialogue also helps you to get away from blame and punishment. Our whole philosophy is more about prevention rather than an aftercare model. That is why it is important to work with youth, as they are in a process of formation. This is just the basic idea. He wrote one very important document on the Preventive System, called the “Letter from Rome,” which you can find online.

In addition to that, most of our teachers are past pupils. It is part of the system, and it provides continuity in the program and with our teaching philosophy.

How does your faith inspire your work?

Here we respect all faiths—we don’t push anyone to convert. We don’t believe in those kinds of conversions because Jesus never compelled anyone to convert. We simply believe in the Christian message that you must love all people and particularly the poor and vulnerable. We believe that God hears the voice of the poor and the love of God can help them to improve their lives. So we try to share the love of God. If they want to know more about Christianity, of course, that is their own choice. If they tell us that they want to know more, we are always asking why. We don’t want to create division between Christians and Buddhists; that is the opposite of spreading the love of God.

Don Bosco just opened a school in Kep, is that right?

Yes, actually I’m in charge there, I go for a few days every week. The main reason for opening that location was that there were just so many applicants here. That school features housekeeping and sewing sections as well. The center is located on three hectares of land, and there are some buildings already, but there is still some construction left to do. We have received a lot of support from Holland for that project. We have about 40 young men and women there already. 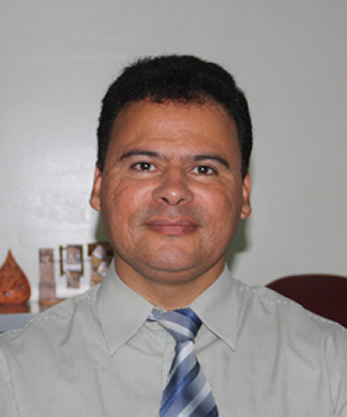