The Lake of Tears: Understanding the Experience of Bangladesh’s Indigenous Minority

Sep 22 2014
Nathaniel Adams   September 22, 2014
Standing on the shore of Bangladesh’s scenic Kaptai Lake on a wind swept afternoon, we made quite the odd couple, a lanky westerner and a Buddhist monk, both more than a little out of place in this homogenous nation of 150 million, of which roughly 90 percent are Muslim and 98 percent Bengali. We are in Rangamati in a region known as the Chittagong Hill Tracts, which forms a narrow band running along the country’s border with Myanmar. This area of low hills and sprawling forests is not only a sharp geographic contrast from the pancake flat Ganges delta; it is a cultural one as well. My companion is a member of the Chakma community, the largest of the region’s thirteen indigenous groups. This culturally, linguistically, and ethnically distinct population has long contested their inclusion in the nation of Bangladesh and fought a bloody decades-long insurgency aimed at independence.

Though a peace accord was struck in 1997, it remains largely unimplemented 17 years later. In the absence of government action, indigenous rights advocates allege there have been ever-increasing incidents of land grabbing by Bengali settlers and that the military, who still exert tight control over the region, have been active participants. For Chakmas this is just one of a string of broken promises made by the government. I had come here to visit a unique Buddhist social organization, but first my companion wanted to make sure I understood the history. The lesson started with the lake that sprawled out before us, what many Chakma call the “Lake of Tears.”

“The palace of the Chakma king is just over there,” my saffron-clad companion said gesturing out toward the middle of the water. His voice conveyed both pride and melancholy in equal measure. “The palace is in the lake?” I inquired half facetiously, assuming that I had misunderstood. “Yes, it’s about 10 meters down.” I turned back to the site marked only by a pair of trees, dead and bleached by the sun, which protruded eerily from the water.

The now submerged palace was the seat of the Chakma Raj who ruled a unique highland kingdom that endured improbably in the midst of powerful and imperially-minded neighbors since at least the sixteenth century. Despite their diminutive population, over the centuries the Chakma successfully repelled incursions from the Mughals and later the British East India Company, fighting both to truces that allowed them to retain territorial sovereignty. Even after being absorbed into the British Empire, the region was subject to a special administrative arrangement, which granted the Chakma king local authority and prohibited the settlement of non-hill people in the region. With the partition of India in 1947 the Chakmas, together with the region’s other indigenous communities, strongly resisted their inclusion in what was then East Pakistan. In an attempt to assert control over this restive indigenous region once and for all, the government of the new polity settled on a dramatic plan; they would flood it.

The Kaptai Dam, completed in 1962 with American financial and technical support, flooded over 250 square miles of the Chakma heartland in Rangamati, including roughly 40 percent of all arable land in the Chittagong Hill Tracts. Over 100,000 people were displaced by the project, one-sixth of the country’s entire indigenous population at the time. Around half of the displaced fled to India or Myanmar while others stayed in hopes of receiving the compensation promised by the government, a promise that was never delivered upon. Nearly all the physical vestiges of Chakma culture, including Buddhist temples and, indeed, the king’s palace, receded beneath the water.

It was in this context, with the Chakma community in disarray, that a group of Buddhist monks from Boalkhali Dashabal Raj Vihar mobilized themselves to provide the support that the government would not. They opened a shelter in 1963 called Parbatya Chattal Boudha Anath Ashram to provide housing, food, and education to the children of those displaced by the lake. This shelter would become the predecessor to one of the most unique faith-inspired institutions in Bangladesh, Moanoghar,the organization that I had come to Rangamati to visit.

Moanoghar, which just celebrated its fortieth anniversary, provides formal education, vocational training, and health services to disadvantaged indigenous youth. While one might be inclined to think of Moanoghar simply as a school, it was impressed upon me that, to the region’s indigenous communities, it is much more than that. Many will tell you unequivocally that no institution has been more instrumental to the survival of indigenous identity in the Chittagong Hill Tracts. Founded by a group of socially engaged Buddhist monks and laypeople in 1974, Moanoghar sought to continue the mission of Parbatya Chattal Boudha Anath Ashram, by providing support to those displaced by Kaptai Lake and the nation’s Liberation War. Taking inspiration from the Buddhist ideals of nonviolent harmony (sila) and loving-kindness (metta) this new institution fashioned itself as “an ideal refuge for distressed humanity.” Its founders couldn’t have known at the time just how important this refugee would become to the youth of the Chittagong Hill Tracts. Just three years after its founding, the region descended into civil war and a protracted insurgency raged for nearly two decades.

In this violent and turbulent era Moanoghar served as an island of tranquility and hope. Bringing together students from all of the region’s diverse ethnic communities, Moanoghar has sought to serve as a model of social harmony and coexistence. Their ultimate goal: to bring about “a society in which the disadvantaged and marginalized communities of the Chittagong Hill Tracts have access to the basic services necessary to give them a secure future and in which the various cultural traditions of its people can be shared and cherished.” While the fighting has stopped, this vision is far from achieved and so Monoghar’s mission continues.

Over 1,100 students are currently enrolled in primary, secondary, and tertiary levels at Monoghar. Nearly all come from impoverished indigenous backgrounds. They hail from some of the most remote corners of the region where educational facilities are exceedingly poor and in many cases non-existent. Students are provided room and board as well as a stipend for living expenses. In addition to its academic instruction, there are several vocational centers for skills such as weaving and computer science. Graduates of Moanoghar have gone on to study at leading universities, both in Bangladesh and abroad, and have achieved considerable professional success.

Moanoghar has also become a vibrant center for the preservation and celebration of the region’s indigenous cultures in a country where they have endured countless attempts at linguistic and cultural assimilation. As an example, at present Bangladesh’s public schools do not offer any indigenous language as a medium of instruction, even in indigenous majority communities. It is no small matter, therefore, that Moanoghar currently offers instruction in five indigenous languages with plans to introduce more. Youth are also taking on a central role in maintaining the vitality of their communities’ unique cultural expressions through participation in a number of “cultural troupes,” which promote the practice of traditional music, dance, and crafts.

Youth play a critical role in advocating for expanded rights of indigenous communities in Bangladesh as was demonstrated at this year’s International Day of the World’s Indigenous Peoples. Several hundred people—the majority under the age of 30—commemorated the event on August 9 on the campus of Dhaka University. Many wore the traditional dress of their communities and held high colorful banners emblazoned with slogans such as “Our land our life” and “Implement the CHT Peace Accord.”

The theme for this year’s event was “Bridging the Gap: Implementing the Rights of Indigenous Peoples.” Throughout the day speakers vocally expressed their frustration that the government has not adequately prioritized indigenous rights, characterizing their policy toward the country’s indigenous population as ranging from neglect to open hostility. On the tongue of many was a circular distributed by the government in the days before the event urging the media, academics, and civil society activists to avoid using the term “indigenous” or “adivasi," reminding the public that the fifteenth amendment to the constitution recognizes only “small ethnic groups or tribes.” Critics view this as an attempt to avoid granting the special rights afforded to indigenous communities through international conventions.

With little commitment on the part of the government to ensuring indigenous rights are respected, settler incursions into the Chittagong Hill Tracts have become so common that it is estimated Bengalis now constitute a majority in each of the region’s three districts. Violent clashes over land are occurring with increasing frequency. There are also reports of the detention and torture of indigenous rights activists and alarming incidents of the rape of indigenous women.

These would seem stiff challenges for an indigenous population that constitutes a mere one percent of the nation’s population. But surrounded as I was by impassioned indigenous youth, many graduates of Moanoghar, it was hard to feel hopeless. As an institution, it has inspired a generation to seek redress not through violence, but through collective action. Articulate and organized, these youth have been armed not only with the dream of a different future, but, thanks to institutions like Moanoghar, the capacity to make that dream a reality. 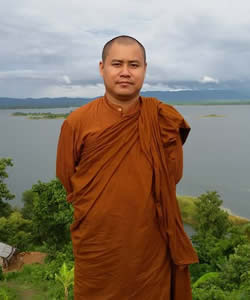