Venerable Loun Sovath and the Politics of Compassion

Recently Venerable Non Ngeth, Supreme Patriarch of the Mahanikaya branch of Cambodian Buddhism, issued a directive stating that pagodas in the country are no longer permitted to host one Venerable Loun Sovath. This pagoda ban is the latest admonition for the 31-year-old monk, who has been involved in advocacy for victims of forced evictions and land-grabbing over the last several years. Originally from Siem Reap’s Chi Kraeng commune, Ven. Sovath became outspoken on land rights issues after members of his community were detained in the midst of an on-going land dispute in which 175 families were being forcibly relocated. Intending to draw great attention to such issues, Ven. Sovath has attended protests over other notable land disputes in the country.
In Boeng Kak lake in Phnom Penh, he joined protests against the displacement of 4,000 families as a result of a joint project between a Chinese developer and a ruling party senator. And in Prey Lang, where over 40,000 hectares of old growth forest have been granted in a private concession to a Vietnamese rubber corporation, and 27 mineral exploration permits have also been issued, Ven. Sovath was there to protest as well. He has been threatened with arrest at several demonstrations and due to the pagoda ban, he is now somewhat of a pariah, being ferried between various safe houses in the country.

In his recent directive Ven. Non Ngeth stated that Ven. Loun Sovath “has been involved in politics … he joined protests with villagers and has gone everywhere with human rights activists, which is an abuse of Buddha’s rules.” Human rights groups, on the other hand, have pointed to the fact that the monastic code Vinaya does not explicitly prohibit social activism and have claimed that Ven. Non Ngeth’s comments were themselves politically motivated, since certainly it is no secret that the senior leadership of the Cambodian sangha has close ties to the ruling Cambodian People’s Party. This episode raises a number of important questions about the role of a monk in the temporal world of development. Namely, when does the practice of compassion become a political act? During the course of our exploration into the social engagement of Buddhist actors, we’ve heard many monks state that “sharing compassion” is a major motivation for their work in the community. As one of the two main qualities required to achieve enlightenment (the other being wisdom), compassion is central to Buddhist practice. The idea is that by selflessly acting on behalf of others whenever and wherever suffering occurs, this begins to free one from the false notion of the individual self and the individual other. On a similar note, several monks suggested that there is a practical imperative for a monk to work on behalf of their community, as it was impossible to separate the wellbeing of a monk from the wellbeing of his community. As one monk put it rather succinctly, “if they starve, we starve."

The practice of offering compassion to those who are suffering is not an overly controversial act in and of itself. Rather, Buddhist monks land themselves in political hot water when they work to alter the conditions of social inequity by which suffering is perpetuated. This type of social activism is, of course, not uncharted waters for the world’s major religious traditions; there are certainly analogies in Christianity, notably liberation theology in Latin America and organizations such as the Southern Christian Leadership Conference in the southern United States during the U.S. civil rights movement. As controversial a figure in Cambodia as Ven. Sovath is presently, monastic actors in Southeast Asia have certainly not shied away from similar social critique in the past, particularly during the region’s turbulent recent history. After all, this region is the birthplace of “Engaged Buddhism,” a term coined by the Vietnamese Monk Thich Nhat Hanh as he formulated a Buddhist-inspired opposition to the Vietnam War and the great suffering it caused. The 2007 anti-government protests in Burma have been called the “Saffron Revolution” by some in the media because of the involvement of thousands of Buddhist monks utilizing their moral authority to demand democratic reforms. In Cambodia, many monks were involved in demonstrations in the wake of the contested 1998 elections that solidified the CPP’s grip on power. Some marched with pictures of Ven. Hem Chieu, an anti-colonialist monk active in the 1940s, to demonstrate the spiritual lineage of their dissent. The Dhammayietra (peace march), founded by the revered Ven. Maha Ghosananda, has taken on various political themes during its sixteen-year history. Highlighting issues ranging from repatriations to elections and from landmines to logging, the Dhammayietra also played a role in negotiations between the government and Khmer Rouge elements in the mid-1990s.

Despite this history, the Cambodian political winds have influenced the types of development problems that monks have addressed and the means through which they have addressed them in the years since UNTAC. These days it is common to see monks working on issues of HIV/AIDS, either on their own or with the support of an INGO. However, this certainly wasn’t the case a decade ago. After a 2000 meeting of the National Aids Authority organized for monks, Great Supreme Patriarch Ven. Tep Vong was reluctant to condone monastic assistance to individuals suffering from HIV/AIDS, suggesting that the scale of the epidemic had been inflated greatly by those seeking to discredit the political leadership of the CPP. He also held a fairly strict karmic interpretation of the HIV/AIDS infection in which the disease is seen as punishment for past actions. At the time, few individuals were in such dire need of compassion as those living with HIV/AIDS because of the pain and shame the disease caused. Nonetheless, it was a protracted battle for those early monks working with these individuals to gain acceptance for their activities with the sangha. The involvement of monks on these issues would not only provide comfort to the dying, but also would be instrumental in reducing stigma and changing societal (and religious) attitudes about the disease.

The question of the appropriateness of a monk’s involvement in the “political” is very relevant to the future engagement of monks in development work, that is, if development is understood as intending to address the underlying causes of poverty and injustice. If Cambodian monks are to be effective development actors in their country and not simply providers of aid, this will involve harnessing the power of compassion to address the causes of suffering, including those that are politically sensitive. At present, few issues are more politically charged than those surrounding land rights, or more dangerous for those involved. For now, Ven. Somath walks alone for those who have found themselves on the wrong side of Cambodia’s economic success, but I imagine that it won’t always be this way. As another great religious leader said famously; “the arc of the moral universe is long, but it bends towards justice.” 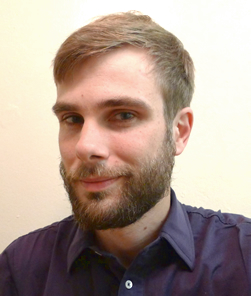