Religion, Refugees, and Diaspora Communities in the United States

The United States is often described as a nation of immigrants with recent attention increasingly focused on refugees. Diasporas, including refugee communities, often retain important connections to communities of origin including ties of religious heritage and religious institutions; these connections and influences evolve over time. Refugees also encounter new religious beliefs and communities both along the journey and in their newly resettled communities. The World Faiths Development Dialogue, with support from the GHR Foundation, has undertaken a pilot project in partnership with the Pluralism Project at Harvard University to explore the religious lives of refugees who settle in the United States. With a goal to better understand how religious communities, traditions, networks, or personal faith play a role in adaptation, coping, community building, cultural navigation, political engagement, and living in a multi-faith, plural context, the study focused on Burmese and Bhutanese refugee communities resettled in Utica, New York and Greater Manchester, New Hampshire. 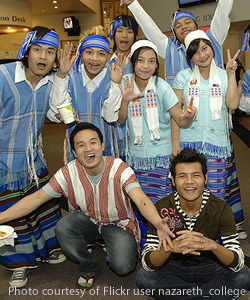 Religion and Resettlement: The role of religion in diaspora communities in the US Event
February 25, 2016 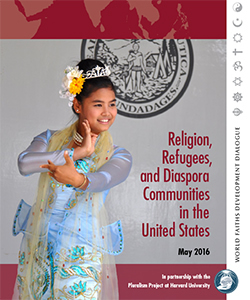