In the Shadow of the Spotlight, Buddhist Monks and Laypeople Help Develop Cambodia

Take a cursory glance at the plethora of informational materials scattered around our office, and it is hard not to believe faith-inspired organizations in Cambodia are having a profound impact on the daily lives of much of the country's citizens. "Building Hope, Transforming Communities;" "Promoting Transformation;" and, "Our Vision For Every Child, Life In All Its Fullness," state the enlarged headlines on the informational brochures and pamphlets given to us by Cambodia's many faith-inspired development organizations. But take a closer look, and the single thread which binds the materials together comes into focus. Almost all, with the exception of two pamphlets, are published by Christian-inspired organizations.

This may seem like a mere trivial observation, but to my colleague and I, who are spending the year in Cambodia conducting research on how faith-inspired organizations from different faith backgrounds are helping develop the country, this look around our office was a light-bulb moment.

To date, we've met with countless organizations from the Christian, Buddhist and Muslim faith traditions that are, in one way or another, engaged in development work. And at the conclusion of almost every meeting with even the smallest of Christian groups, we have been presented with an array of materials, including colorful booklets, pamphlets and flyers, replete with splashy photographs and success stories showcasing each group's interventions.

To a lesser extent, the customary presentation of additional "reading materials" has repeated itself in meetings with Muslim development groups. Moreover, we are finding many secular organizations, particularly those with global reach, are putting forth an equally valiant effort in showcasing their work. (Take the Bill and Melinda Gates Foundation's Living Proof Project as an excellent example of how an organization employs effective communications and public relations expertise to highlight their efforts).

But where are the materials outlining the work of the Buddhist organizations? We have met with nearly a dozen Buddhist leaders and organizations, but in nearly every case have come away empty handed. What is going on here?

Apropos to this observation is a major question being posed by those attuned to the development scene in Cambodia, and one our research is attempting to answer. The question: to what extent is socially engaged Buddhism, widely defined as Buddhist monks and laypeople undertaking specific acts to advance the society, a part of Buddhist practice here in Cambodia? In addition, we want to know the degree to which socially engaged Buddhism exists in Cambodia, and the impact it is having on the development of the country.

Could it be that the skepticism expressed time and again - by scholars, development practitioners, not to mention other faith-inspired groups - that socially engaged Buddhism is not playing much of a role in Cambodia's development, is somehow related to the fact that engaged Buddhists are not trumpeting their successes to nearly the same extent as groups from other faith-traditions? Is work happening but just not getting reported? In the past month, we interviewed two Cambodian monks, widely considered by their peers to be two of the more socially engaged monks in the country, and posed the same question. From these interviews, and discussions with other Buddhist thinkers, two answers emerge.

The simple answer is that the vast majority of Buddhist-affiliated groups simply don't believe in publicizing their efforts, which in turn leads to increased skepticism about their role in the development of the society. "We don't highlight or publicize our activities," says the Venerable Khy Sovanratana, who is head of a temple in Phnom Penh, Cambodia's capital city. "Traditionally, Buddhism does not advocate for publicizing our work. The important thing is getting the result. So publicity is not that important."

The second, and more nuanced response, is that the development community is still struggling to define what exactly constitutes socially engaged Buddhism, and therefore tends to overlook those activities which Buddhists consider part of their engagement with society.

The Venerable Yong Seng Yeath, a Vice-Rector at the Buddhist University and Secretary to the Supreme Patriarch of the monks in Cambodia, says that socially engaged Buddhism is defined as doing good for others. "Monks are very active in society. They are speaking out and showing people how to live," says Yeath who suggests that the vast majority of social engagement is initiated and carried out by individuals, acting independent of any formal organizations or associations. According to Yeath, giving money or food to those in need, helping a friend repair their house, and counseling the sick, are all examples of socially engaged Buddhism.

Sovanratana and Yeath's answers were illuminating and suggestive that perhaps those who express skepticism about the existence of socially engaged Buddhism in Cambodia equate its existence with more readily acknowledged examples of development; big-ticket projects like building health clinics, training teachers, and drilling wells - the very same projects that grace the front covers of the promotional materials in our office. Yeath recalls an instance a few years ago when a fire destroyed a handful of houses near his temple. "I went to look and see if I could help the families," says Yeath. When he reached the scene, he was surprised to find another faith-inspired organization, who he does not name, already at work helping the families. "They were taking pictures of their work, and had a video camera going as well," he recalls.

"We don't have magazines to show how the monks do this and that. But each and every temple is [engaged in] social activities." 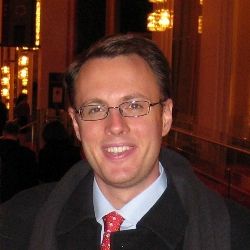