Human milk banks are repositories of breast milk that provide milk to preterm or undernourished infants, also serving mothers unable to lactate. Breast milk is well known in medical circles to be of immense value, particularly for underweight or sick infants suffering from health complications. However, in some Muslim-majority countries like Iran, Turkey, and now Bangladesh, milk banks have faced hurdles from Islamic groups and clerics who insist that the practice is in violation of religious law and also commercializes breast milk. The religious concern stems from the Islamic tenet that consuming human milk builds a kinship bond between infants who have consumed the same woman’s milk, which prohibits future marriage between the “milk-brothers and sisters” though they are biologically unrelated.

The issue of the compatibility of milk banks with Islamic teachings came to the forefront in Bangladesh in December 2019 as a trial milk bank was set to open on December 1 at the Institute of Child and Mother Health (ICMH) in Dhaka. The opening was halted after some prominent Muslim leaders grew concerned that a milk bank could create the risk of marriage between people who have drunk milk from the same woman, something that is forbidden in Islam. The COVID-19 pandemic has further delayed the opening.

A legal notice sent by a faction of Islamic clerics led by Maulana Mufti Gazi Ataur Rahman, the joint secretary general of Islami Andolon Bangladesh (a registered political party in Bangladesh, though it has no representation in parliament) to the Ministry of Religious Affairs and the Bangladesh Islamic Foundation claimed that the initiative was un-Islamic unless it met several regulations and conditions. Part of Gazi Ataur’s concern was that the bank opening had not been discussed with concerned authorities and that, like blood banks, milk banks have the capacity to become commercialized. He further insisted that the only acceptable outcome was a discussion between Islamic clerics, experts, and stakeholders.

Another prominent cleric, Maulana Fariduddun Masud, who conducts prayers at the largest eidgah in Sholakia, said, “Other Islamic countries also have milk banks. We should see how they work. But I concur that a discussion is indeed needed to clear any confusion and misgivings.” Supreme Court lawyer Mahmudul Hasan had also sent a legal notice to the Ministry of Religious Affairs, Islamic Foundation, ICMH, Special Care Newborn Unit and Neonatal Intensive Care Unit in December 2019 challenging the milk bank and demanding proper conditions before launching it.

In response to the complaints, the milk bank authorities have insisted they have already fulfilled the conditions sought by the legal notice and claimed that misinformation on social media had led to confusion among the Islamic clerics. The milk bank project coordinator Professor Mojibur Rahman said: “Our systems identify all the donors, and we have a database that registers everyone’s identity that can be easily accessed upon request. We published a 40-page document that details the entire process which covers all religious grounds.” Additionally, the milk from one mother will be provided to only one baby; the milk from a male baby’s mother will go to a male baby, while a female baby’s mother will go to a female baby, with strict record keeping to prevent mix-ups regarding the marriage issue.

The milk bank authorities met with 100 Islamic clerics on January 5, 2020, to clarify their stance. Professor Mojibur insisted that milk banks are needed in Bangladesh to reduce the number of infant deaths from lack of breast milk. According to the World Bank, the infant mortality rate in Bangladesh is 25 deaths per 1,000 as of 2018.

A report in early June 2020 indicates that some Islamic scholars have softened their stance after some government authorities defended the milk bank, arguing that other Muslim countries have successfully introduced milk banks. The hospital sent papers to the Islamic Foundation to assure the Muslim leaders about the regulations in place to ensure compliance with religious rules. As of June, the project coordinator said that a meeting between the Health Ministry, Religious Affairs Ministry, and the Islamic scholars was planned with some scholars agreeing to hold back their objections on some conditions, but the meeting has not taken place due to the COVID-19 lockdown measures. Islamic Foundation Secretary Kazi Nurul Islam said they were looking positively at the issue and that they were also planning a workshop on the acceptability of milk banks in Islam, but that also was postponed. “We need to see whether we can allow it here as Pakistan, Iran, Turkey, Malaysia and many other Muslim countries have milk banks,” said Kazi Nurul Islam.

Milk Banks in Other Countries with Sizable Muslim Communities

The issue of milk banks has raised debates elsewhere. In Singapore (with a Muslim population of 14%) in 2016, the KK Women’s and Children’s Hospital in Singapore contacted the Fatwa Committee of the Islamic Religious Council of Singapore for feedback from religious stakeholders prior to setting up Singapore’s first milk bank. The Fatwa Committee issued a statement in 2017 citing various medical research and signed by doctors and the mufti of Singapore ruling that premature Muslim babies can indeed benefit from a milk bank if certain regulations are in place. Other Muslim-majority countries like Malaysia have also looked to Singapore as an example of successful milk bank implementation.

While some cultural and religious beliefs within the Islamic faith make the idea of milk-sharing complex, many scholars believe that with certain precautions in place, a milk bank in Muslim-majority countries can be successful and instrumental in bridging the gap between science and religion. In terms of worrying that milk banks can become too commercialized, some religious leaders preferred the term “milk-sharing,” as it denoted a more charitable and noble act and seemed less transactional than the term “milk bank.” Other precautions for a successful milk-sharing initiative recommended by doctors in Malaysia included:

The primary lesson from the experience is that health authorities, doctors, and milk bank operators need to engage with religious authorities in meaningful ways when developing plans for a milk-sharing platform in both Muslim-majority countries and Muslim-minority communities elsewhere. While the reservations of religious leaders should be heeded and listened to, health authorities and professionals should aim to inform the leaders and assure them that precautions are being put in place before misinformation has the chance to muddle perceptions. The humanitarian and charitable giving side of milk sharing should be reinforced to assure religious groups and leaders that hundreds of babies’ lives can be saved by such medical innovations, without any violation of religious precepts. 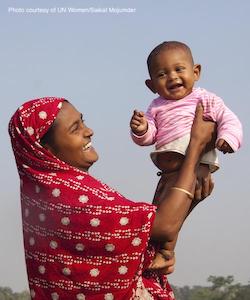