Violence against Children: A Global Religious Forum in Panama

Every five minutes a child somewhere dies a violent death. Speaker after speaker cited this and other horrifying figures relentlessly during a three day event organized by the Global Network of Religions for Children (GNRC) in Panama City last week. The sobering realities of violence take many forms: child marriage, child soldiers, bullying, abuse, gang pressures, female genital cutting (FGM/C), sexual exploitation and trafficking, and on and on. Even listening to the litany is painful.

A family member asked in some bewilderment why on earth I posted a photo on Facebook showing an officer of the Fairfax County Police Department looking intently at a figure holding a Hindu holy book. The answer? I was fascinated by an event where I was speaking earlier this week: the 11th Annual Inter-Agency Chaplains Conference at Fort McNair in Washington DC. It brought together a mix of military chaplains from each of the military branches as well as public safety chaplains (police, fire, EMS) and other civilian chaplains from around the National Capital Region and beyond. My photo showed an opening Hindu prayer.

Off the Beaten Path: A Former Prime Minister Explores Philanthropic Ventures in Cambodia 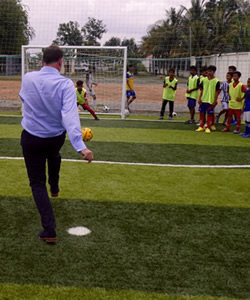 John Key resigned last December as New Zealand’s well respected prime minister from 2008-16. He is now exploring new roles, outside of politics. Among his post politics activities, he serves as a patron of the many philanthropic activities of the estimable Dr. Haruhisa Handa. In that capacity Key spent three days in Cambodia in late April, visiting various projects in the cities of Phnom Penh and Battambang. We spoke there about his impressions and how he sees his new roles and priorities.

Interfaith Action in a Tumultuous World

What more can those who live by their religious beliefs do to turn dreams of peace and justice into realities? A remarkable array of interfaith organizations and initiatives share the conviction that one answer lies in forging peace and cooperation among religious communities. Their goal may be to address tensions that have specific roots in religious beliefs or practices or to show common purpose in the face of a crisis that jolts the community overall. Interfaith initiatives often seek to build on shared values to address the daily challenges of living together fairly, with the benefits and without the frictions that come with today’s plural societies.

Sins Before Our Eyes: Modern Slavery 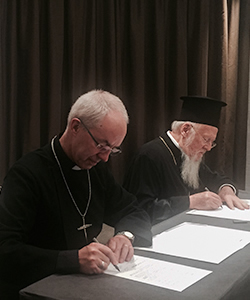 “There are more people in slavery today than at any time in human history.” Thus reads a declaration signed in Istanbul on February 7 by two of the world’s foremost religious leaders: Bartholomew, Archbishop of New-Rome and Patriarch of Constantinople, and Justin, Archbishop of Canterbury. They committed themselves, within the communities of both the Orthodox and Anglican churches and beyond, to educate, raise awareness, and take action to work and pray to end this “scourge against humanity.” They established a joint task force to make concrete recommendations because action was a central theme of the day.

Ethics in the Swamp: The Rot of Corruption

Corruption is a live topic today. Since 2005, international anti-corruption day has been “celebrated” on December 9, in hopes that a visible day marking the topic can raise awareness about corruption and bolster a sense that something can be done to combat and prevent it. The large biannual International Anti-Corruption Conference (IACC17) in Panama City ended on December 4, where some 1300 very diverse participants addressed a multitude of issues, from green eyeshade detail, lawyerly discourse, to lofty principles such as trust. The meeting concluded with a commitment that: “Together we will strengthen our web of anti-corruption activists. Together, the public sector, business and civil society will hold the corrupt to account. It is Time for Justice, Equity, Security, and Trust.” The activists, many part of Transparency International, come from all over the world, widely different in ideology and approach, but they share a gutsy determination to hold leaders to account.

Assisi: Praying Together for Peace 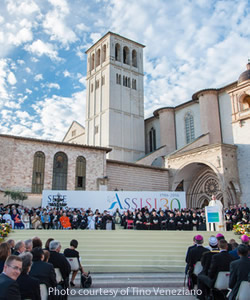 It was an anxious moment in world affairs: October 1986. Demonstrations and tensions marked discord around wide-ranging topics. In an initiative that was at the same time inspiring and admired and intensely controversial, Pope John Paul II invited leading religious leaders from the world’s leading religious traditions to a carefully orchestrated event in Assisi, a symbolic Christian center long linked to the message of St. Francis. The World Day of Prayer for Peace, on October 27, 1986, gathered 160 religious leaders. They spent the day together, fasting and then, individually and side by side, they prayed for peace. Thirty-two Christian religious organizations and eleven other non-Christian world religions participated. 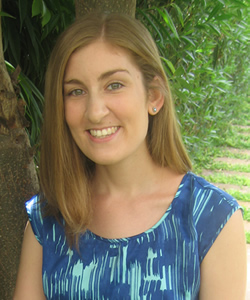 The Berkley Center at Georgetown University and the World Faiths Development Dialogue (WFDD) presented the findings of their two-year effort to “map” the intersections of development and religious agendas in Senegal during a visit to Dakar in August. The main event was a publication launch on August 19. Katherine Marshall, Lauren Herzog, and Wilma Mui formally launched Pleins feux sur la foi et le développement : le Sénégal, the French version of Faith and Development in Focus: Senegal. The report is part of the Religion and Development: Country-Level Mapping project supported by the Henry R. Luce Foundation. Senegal is one of four focus countries, which also include Bangladesh, Kenya, and Guatemala. The report—published in May 2016 in English and translated to French in July 2016—highlights development topics and sectors where religious factors have special significance. It offers an overview of Senegal’s religious landscape and a more in-depth analysis of the work of faith-inspired actors in selected development sectors. 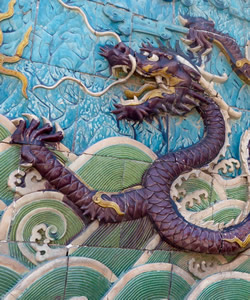 World leaders meeting in Hangzhou, China may be unaware that a few days earlier a shadow group of religious scholars met in Beijing. Their agenda was geared to the G20 and their meeting reflected a determined effort by Chinese scholars and counterparts from across the world to continue a tradition of gathering in parallel with the global encounters of national leaders.

Senegal: Through a Religious Lens 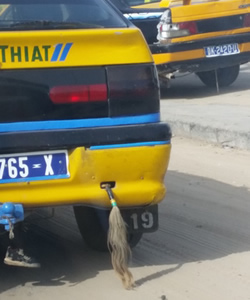 The great festival of Tabaski is approaching; this is the feast that commemorates, in the Islamic calendar, Abraham’s willingness to sacrifice his son and God’s mercy. In the city of Dakar there are rams everywhere: rams tied up individually and in flocks, nibbling on grass or garbage. Billboards promise a ram as a prize. Every family wants a ram, to be sacrificed on the day.