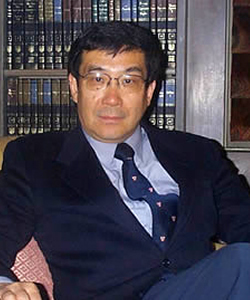 Tu Weiming is director of the Institute for Advanced Humanistic Studies at Peking University and Peking University chair professor of Humanities, as well as research professor and senior fellow of Asia Center at Harvard University, where he taught from 1981 to 2000. One of the world's leading scholars of Confucianism, Tu is a fellow of the American Academy of Arts and Sciences and chair of the advisory board of the Institute of Chinese Literature and Philosophy at Academia Sinica. Among his many publications are Humanity and Self-Cultivation (1979) and The Global Significance of Concrete Humanity: Essays on the Confucian Discourse in Cultural China (2010). Tu’s eight-volume series of collected work in Chinese will be published in 2013.