During its sixth year, the Education and Social Justice Project awarded summer fellowships to four students who spent three weeks with institutions engaged in efforts to promote social justice through education in Canada, Guatemala, Senegal, and South Korea. The 2015 fellows presented their research findings and experiences abroad and answered questions from interested applicants for the upcoming year.
Caitlin Snell worked in Canada to research how cultural education programs are used by Canadian Indian and Catholic institutions to recover lost culture and foster student cultural engagement and identity formation. Dana Drecksel conducted interviews in Seoul and on Jeju Island to investigate how the Korean community responds to social injustices. In Senegal, Sabrina Khan researched the role Catholic schools play in developing concepts of pluralism and citizenship in the Muslim-majority country. In Guatemala, Nicolas Lake worked with the Universidad Rafael Landívar to analyze the impact of the university’s scholarship program for indigenous and female Guatemalans.

This event was cosponsored by the Berkley Center for Religion, Peace, and World Affairs and the Center for Social Justice Research, Teaching, and Service. 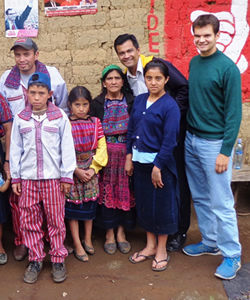 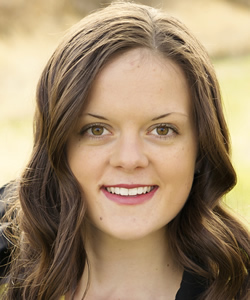 Dana Drecksel, originally from Salt Lake City, Utah, is an undergraduate in Georgetown's School of Nursing and Health Studies class of 2017. She is a pre-medical student majoring in international health and hopes to work as a physician serving vulnerable populations in her future career. She teaches fifth grade religious education at Holy Trinity Catholic Church and works as a newborn hearing screener at Georgetown University Hospital. From the time she first arrived on the Hilltop, Dana has engaged in a diverse array of research endeavors, including gender-based violence research as a World Vision International intern, along with religious freedom and health policy research as a Georgetown Figge Fellow. Dana also participated in the Berkley Center's Education and Social Justice Research Project in South Korea during summer 2015. 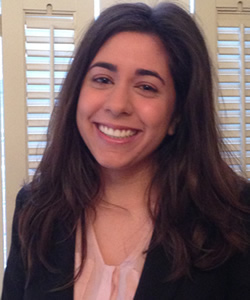 Sabrina Khan graduated from Georgetown College in 2015 with double majors in government and women’s and gender studies. She has also been a research assistant at Georgetown’s Center for Juvenile Justice Reform and a tutor for the Center for Social Justice Prison Outreach program. Khan participated in the Berkley Center's Education and Social Justice Research Project in Senegal during summer 2015. 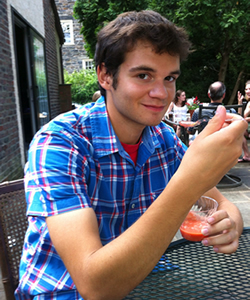 Nicolas "Nico" Lake graduated from Georgetown's School of Foreign Service in 2016 with a major in international politics and a certificate in international development. Originally from Wynnewood, Pennsylvania, during the fall 2014 semester he was part of the Berkley Center's Junior Year Abroad Network while studying abroad at the Pontifícia Universidade Católica do Rio de Janeiro in Brazil. Lake also participated in the Berkley Center's Education and Social Justice Research Project in Guatemala during summer 2015. Nico has a special interest in the study of refugees and displaced persons as well as the regions of Latin America and Africa, which he has been researching as a Jesuit Universities Humanitarian Action Network fellow. In addition, Nico worked as a coordinator for the Center for Social Justice’s DC Reads program, a tutoring, mentoring, and advocacy program that promotes literacy skills in Washington, DC’s Ward 7. 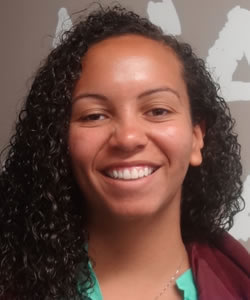 Caitlin Snell graduated from Georgetown University in 2016 with a major in sociology and minor in education, inquiry, and justice. She was a second-year resident assistant in a first-year dorm and enjoyed planning engaging and educational programs for her residents concerning identity and social justice issues. She worked on the Educating Residents About Social Equity Board to encourage dialogue on campus. She was an active member of the Georgetown University Children’s Theater and worked as the president of the organization to bring performing arts to students across Washington, D.C. Originally from San Diego, California, Snell also participated in the Berkley Center's Education and Social Justice Research Project in Canada during summer 2015.

This report reflects on the sixth year of the Education and Social Justice Project, which provided four Georgetown University students with fellowships to travel to South Korea, Guatemala, Senegal, and Canada to conduct in-depth educational examinations, focusing on the work of Jesuit institutions.