A Shinto Response to the March 2011 Disasters in Japan

Shinto is the indigenous spirituality of Japan, its beliefs and practices woven into the fabric of Japanese culture and society. Shinto shrines play diverse social roles in their respective communities throughout Japan. Following the March 11, 2011 earthquake and tsunami, Shinto shrines have played various roles in the relief and reconstruction efforts. Professor Kevin M. Doak presented a general overview of Shinto in the Japanese historical context, followed by Rev. Masafumi Nakanishi, who spoke specifically to the Shinto response to the 2011 disasters and performed a Shinto ritual in remembrance of the victims of March 2011. 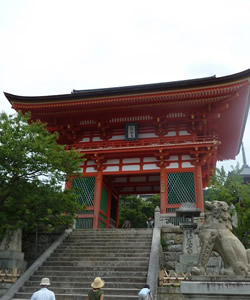 A Shinto Response to the March 2011 Disasters in Japan 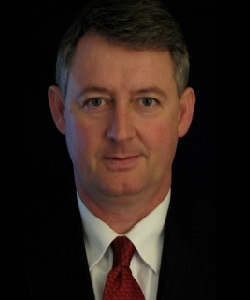 Kevin M. Doak holds the Nippon Foundation Endowed Chair and is also Professor of Japanese Studies in the Department of East Asian Languages and Cultures at Georgetown University. Additionally, Dr. Doak co-edits The Journal of Japanese Studies. Prior to his current position, Dr. Doak taught at Wake Forest University and The University of Illinois, and he has been affiliated with Tokai University, Konan University, the Humanities Institute of Kyoto University, and Leiden University. He has published four books, including Xavier's Legacies: Catholicism in Modern Japanese Culture (2012) and over forty articles in English or Japanese on modern Japanese politics, religion, thought and culture. Doak has been interviewed extensively by the Japanese media, and has been cited by Prime Minister Shinzo Abe for his views on religious freedom in Japan. 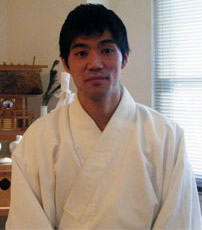 Rev. Masafumi Nakanishi is a Shinto priest, and officer at the New York Center of the International Shinto Foundation (ISF). In his position with ISF, Rev. Nakanishi serves as the Shinto representative at United Nations functions, and in the greater New York region. He was born into a Shinto family and grew up in the Grand Shrine of Ise in Mie Prefecture, Japan. Rev. Nakanishi majored in religious studies at the Graduate School of Kokugakuin University, and studied Japanese history at the University of California, Berkeley. He has been assigned as the Shinto priest at different shrines throughout Japan, including the Meiji Grand Shrine in Tokyo, Masumida Shrine in Aichi Prefecture, and he is presently assigned to Chichibu Shrine in Saitama Prefecture.