Lessons for Our Era from Three Parts of the Globe

When there is great injustice, it is very tempting to think that righteous anger is the best response, and even a necessary response. On the other hand, it is noteworthy that the three most successful revolutionary freedom movements in the past century have been conducted in a spirit of non-anger (distinct from, though sometimes joined to, non-violence): Gandhi’s independence movement; Martin Luther King, Jr.’s role in the U.S. Civil Rights Movement; and Nelson Mandela’s freedom movement in South Africa.

In this year's Berkley Center Lecture, the University of Chicago's Martha C. Nussbaum provided a philosophical analysis of the emotion of anger and, through studying the thought and practice of Gandhi, King, and Mandela, she argued that non-anger is both normatively and practically superior to anger. 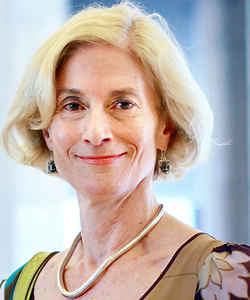 Martha C. Nussbaum is the Ernst Freund Distinguished Service Professor of Law and Ethics at the University of Chicago. She has written or edited over 30 books, including Political Emotions: Why Love Matters for Justice (2013), The New Religious Intolerance: Overcoming the Politics of Fear in an Anxious Age (2012), and Creating Capabilities: The Human Development Approach (2011). She delivered the 2014 John Locke Lectures at Oxford University, published as Anger and Forgiveness: Resentment, Generosity, Justice (2016). In 2012 she was awarded the Prince of Asturias Prize in the Social Sciences. Nussbaum has taught at Harvard, Brown, and Oxford Universities, been a research advisor at the World Institute for Development Economics Research, held multiple positions (including president) with the American Philosophical Association, and received over fifty honorary degrees. Nussbaum received her B.A. from New York University and her M.A. and Ph.D. from Harvard University.