A native of Syracuse, New York, who previously served as bishop of the Ukrainian Catholic Eparchy in Paris, Archbishop Gudziak is the founder, long-time rector, and now president of Ukrainian Catholic University (UCU) in L’viv, Ukraine. This public lecture served as the culmination of a UCU delegation’s week-long visit to Georgetown University.

A reception followed the lecture.

This event was co-sponsored by Georgetown University's Berkley Center for Religion, Peace, and World Affairs and Initiative on Catholic Social Thought and Public Life. 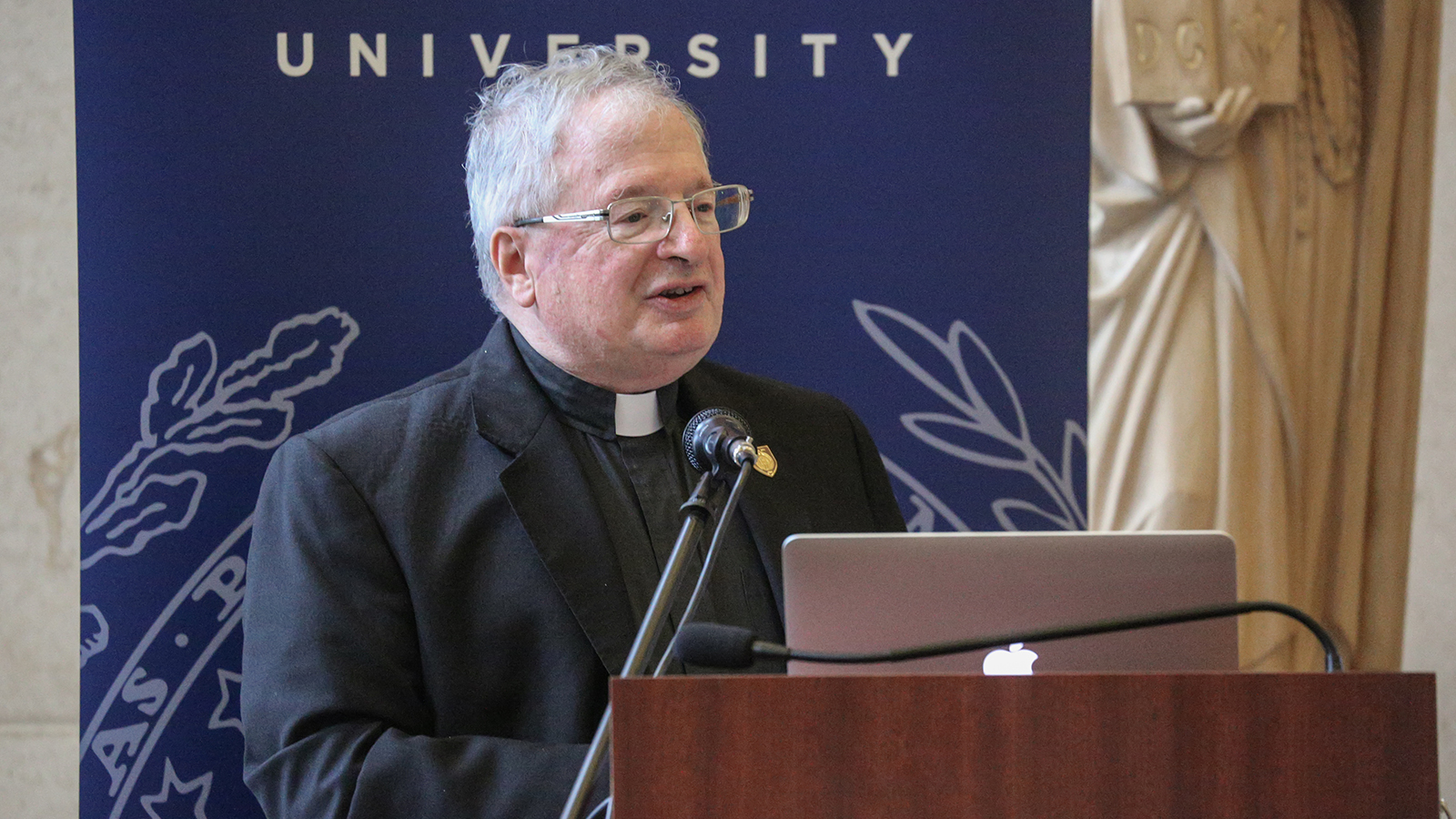 Fr. Drew Christansen welcomes guests to the Jesuit Residence, where the event was held. 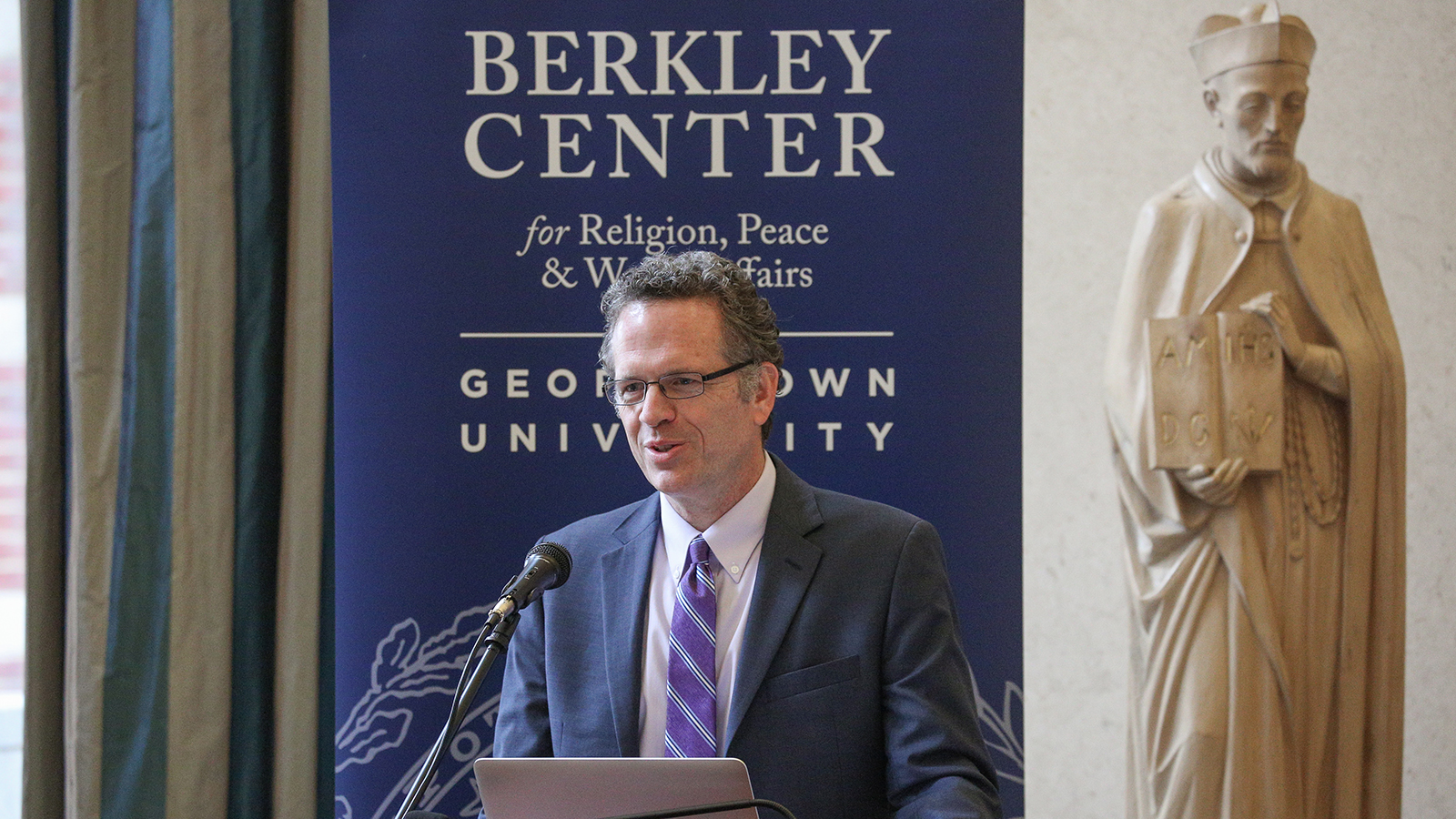 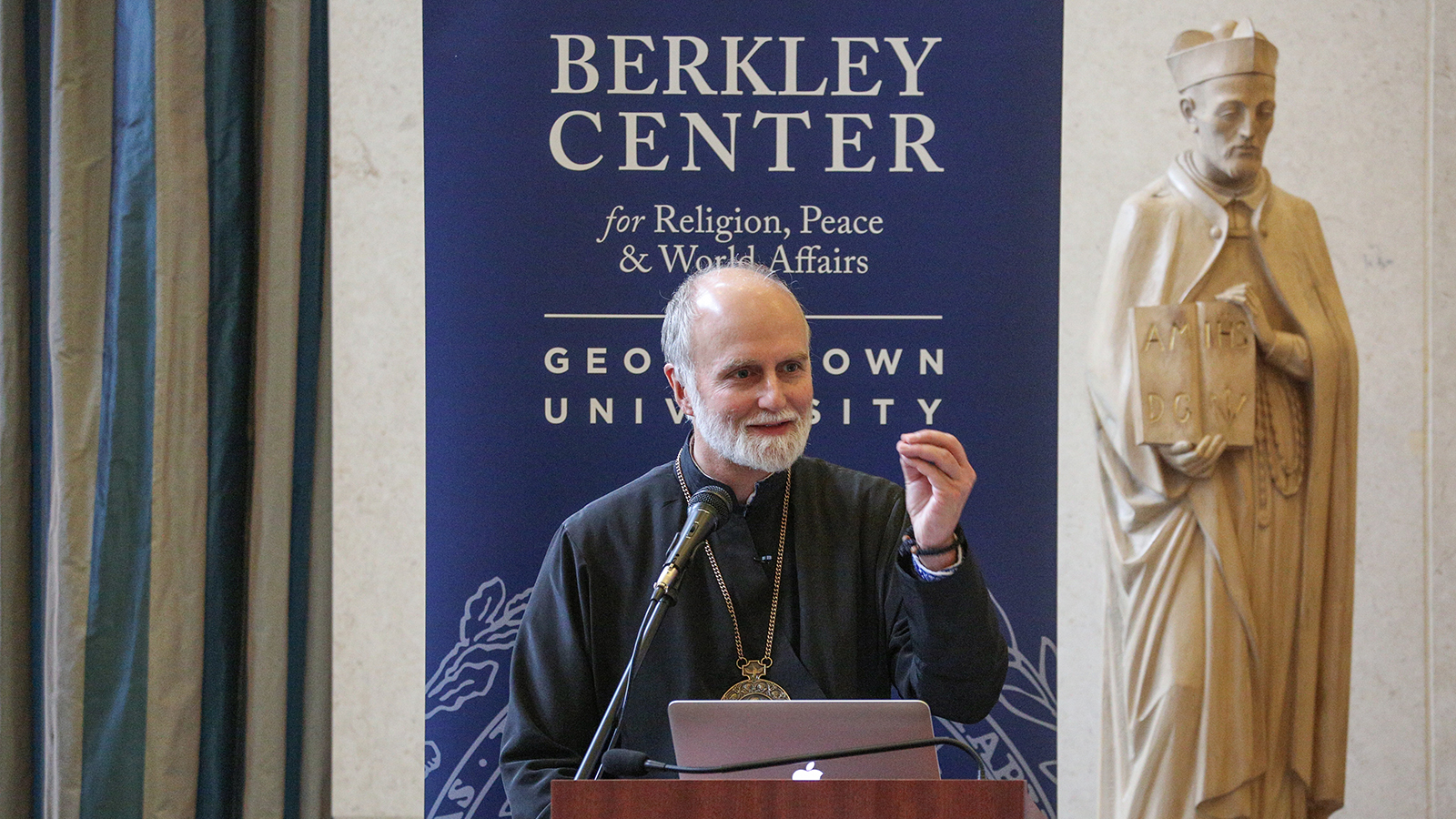 Archbishop Gudziak gives a lecture on the topic of "Catholic Social Thought and Democratic Civil Society in Ukraine." 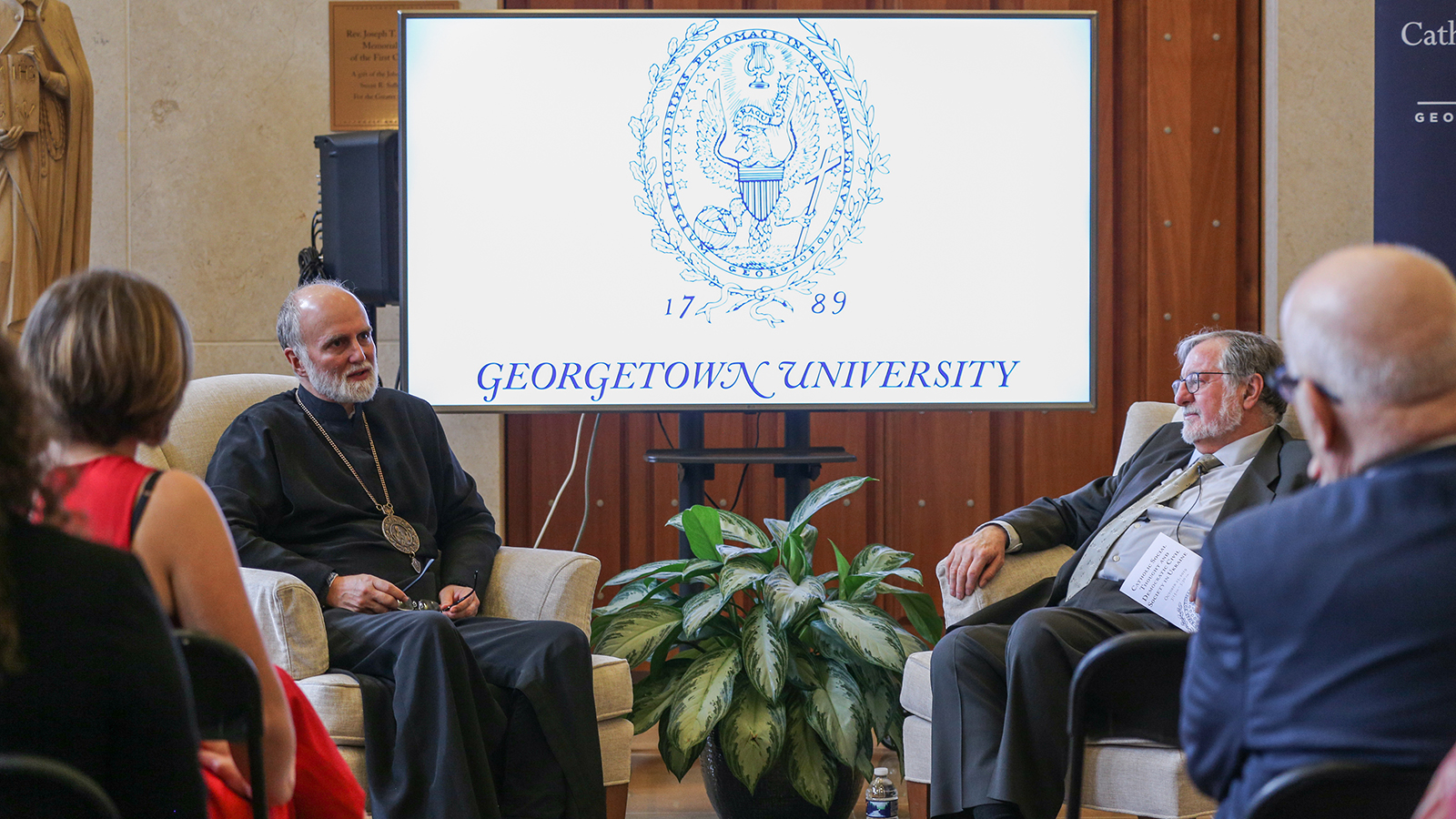 Archbishop Gudziak and Jose Casanova engage in a conversation. 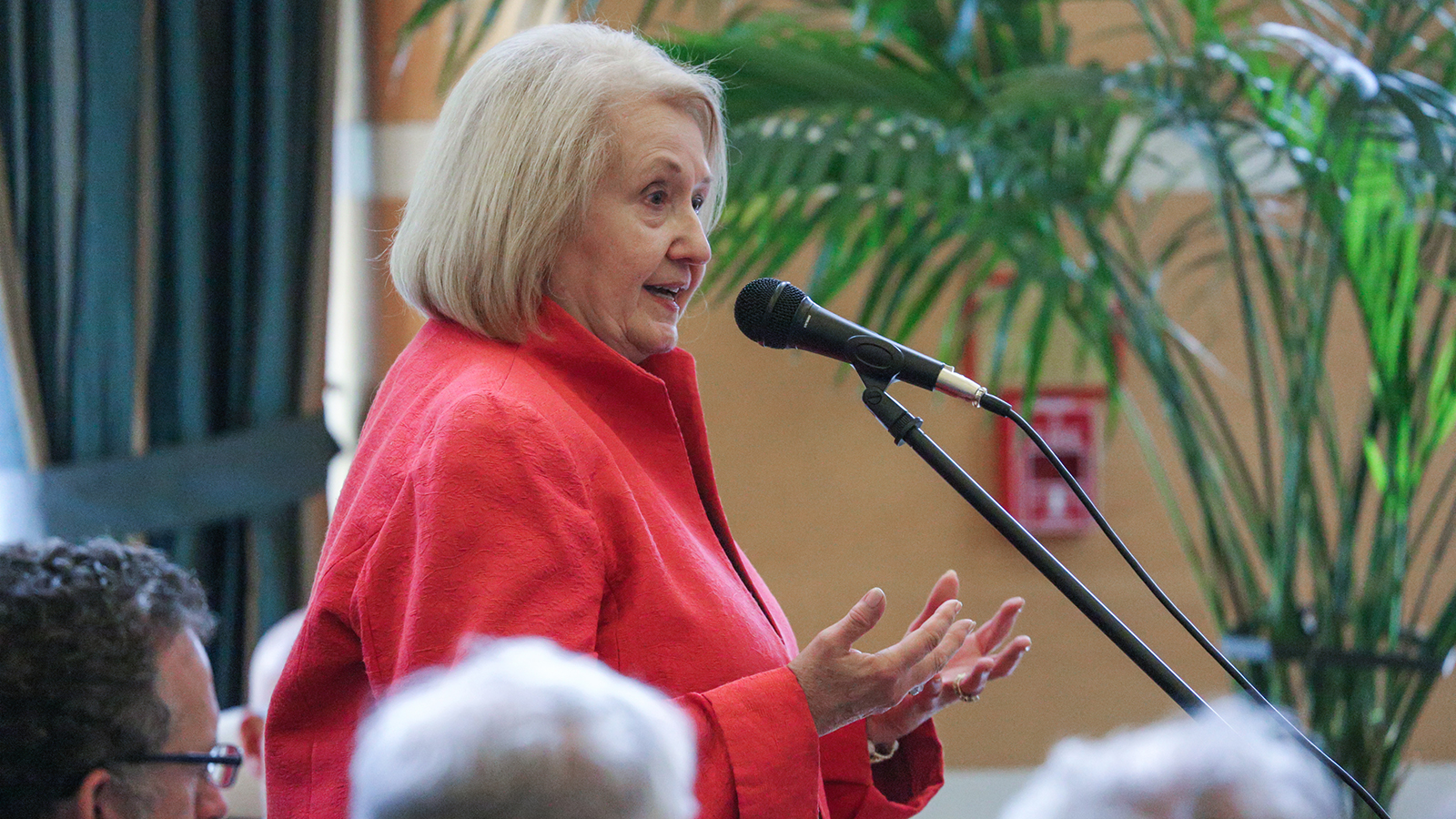 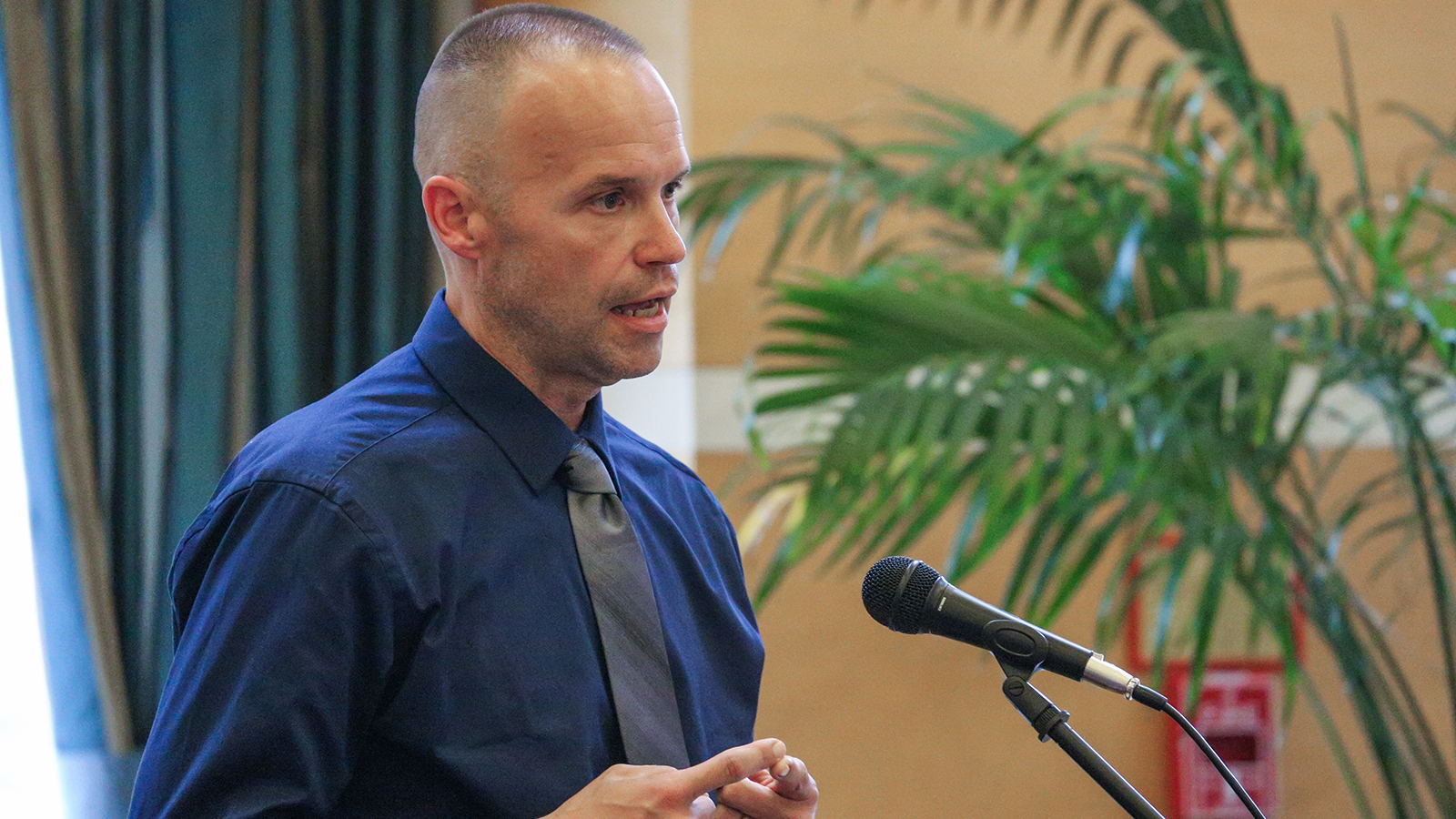 Audience engagement in the discussion. 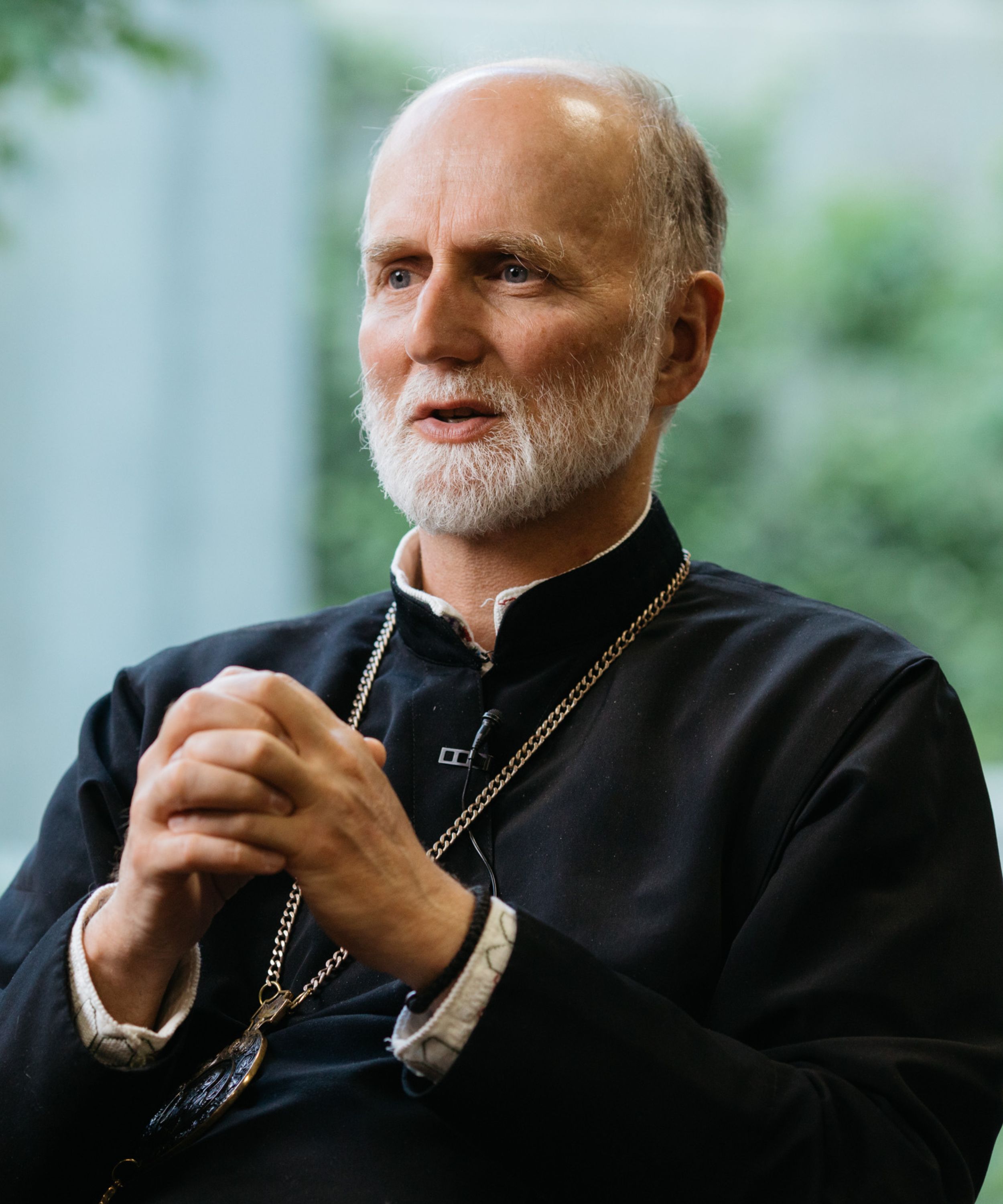 Most Rev. Borys Gudziak is archbishop-metropolitan of the Ukrainian Catholic Archeparchy of Philadelphia. Archbishop Gudziak served as founder and rector and is now president of the Ukrainian Catholic University in Lviv, Ukraine; he also taught at Lviv Theological Academy. His thesis, Crisis and Reform: The Kievan Metropolitanate, the Patriarchate of Constantinople, and the Genesis of the Union of Brest, was published in 1998.