A Conversation with Massimo Faggioli

Massimo Faggioli’s latest book, Joe Biden and Catholicism in the United States (2021), is an assessment of the state of American Catholicism and how President Joe Biden’s faith and practice fits into that framework. The book also examines Biden’s faith in the historical context of other Catholics who have run for the American presidency and identifies how his Catholicism might guide his policies. Faggioli argues that the triangle of relations between the White House, the Vatican, and the U.S. Catholic Church is an essential dimension for understanding the political and religious urgency of this moment in history.

In this conversation, Faggioli, a prolific writer, historian, and professor of theology and religious studies at Villanova University, discussed his latest book with Berkley Center Director Shaun Casey, author of The Making of a Catholic President: Kennedy vs. Nixon 1960 (2009). As Joe Biden succeeds Donald Trump as the forty-sixth president of the United States amid a raging pandemic, economic collapse, and historic national divisions and violence that have threatened American democracy, Faggioli and Casey examined the role of Catholicism in American public life at this unprecedented moment and the very different situation between Kennedy's America and the one in which Joe Biden becomes president.

This event was co-sponsored by Georgetown University's Berkley Center for Religion, Peace, and World Affairs and its Initiative on Catholic Social Thought and Public Life. 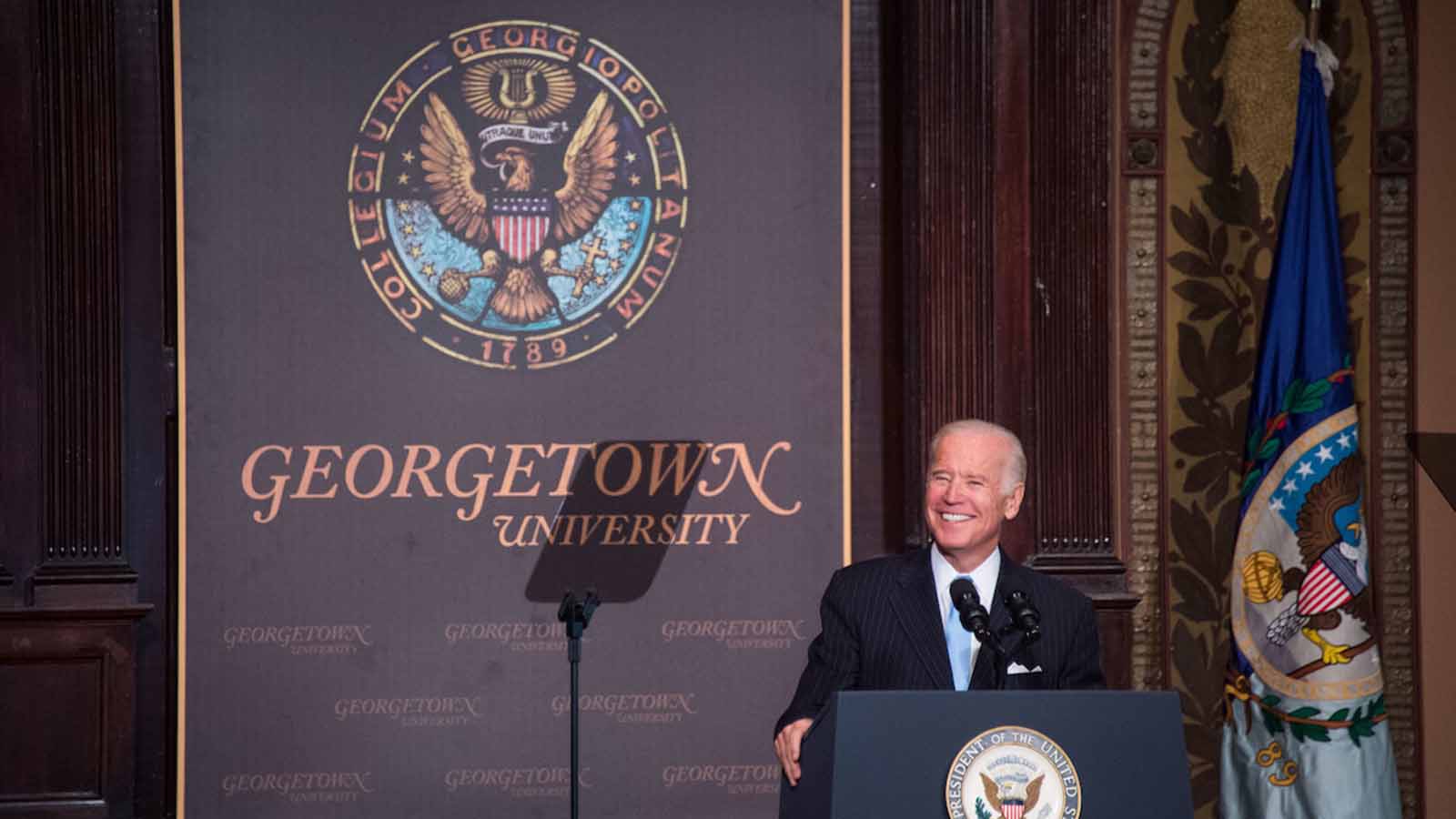 Joe Biden at Georgetown University in 2016.

Dr. Massimo Faggioli is full professor in the Department of Theology and Religious Studies at Villanova University in Philadelphia. He is also columnist for Commonweal and La Croix International. Faggioli is author of many books including The Liminal Papacy of Pope Francis: Moving Toward Global Catholicity (2020) and Joe Biden and Catholicism in the United States (2021). His books and articles have been published in more than ten languages.