Faith, Diversity, and Sexual Orientation on Campus: A Conversation with Chris Stedman

Showing the Faith, Diversity, and Sexual Orientation on Campus Video

The last several years have seen renewed interest in the issue of diversity on college campuses, with issues of interreligious understanding and LGBTQ inclusion at the forefront. What divisions persist along lines of religious or sexual orientation, and how can we move beyond tolerance to understanding?

Chris Stedman, author of Faitheist (2012) and Harvard LGBTQ activist, examined issues around respectfully engaging religious and sexual diversity. Stedman draws on his work organizing interfaith and  secular communities, his academic study of religion,  and his own experiences to argue for the necessity of  bridging the chasm between atheists and the religious. Chris Geidner, senior political reporter at BuzzFeed, moderated the discussion, beginning with a dialogue with Stedman about his work and current LGBTQ faith and atheist issues. Geidner has been covering the LGBTQ community's advances in public life over the past decade. Joining Stedman and Geidner was Shiva Subbaraman, director of Georgetown's LGBTQ Center, and student participants. 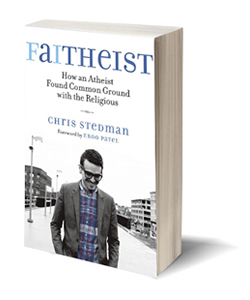 Faith, Diversity, and Sexual Orientation on Campus: A Conversation with Chris Stedman 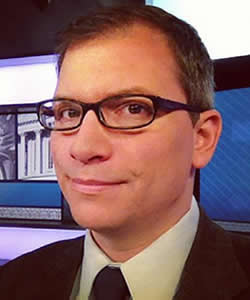 Chris Geidner is the senior political reporter at BuzzFeed. Prior to joining BuzzFeed in 2012, Geidner had been the senior political editor at Washington, DC's Metro Weekly. Over the course of his time covering the national LGBT political and legal scene, he has been awarded the GLAAD Media Award for Outstanding Magazine Article and the National Lesbian and Gay Journalists Association's Sarah Pettit Memorial Award for Excellence in LGBT Media. Before moving to DC in 2009, Geidner had worked as an attorney in Ohio, at a private firm and for the State of Ohio. 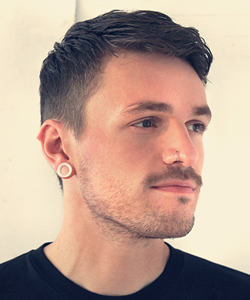 Chris Stedman is an atheist working to  foster positive and productive dialogue and  collaborative action between faith communities and the nonreligious. He writes for Huffington Post Gay  Voices, Huffington Post Religion, The Washington Post  On Faith, Religion Dispatches, and Relevant. He received his B.A. in Religion from Augsburg College and an M.A. in Religion from Meadville  Lombard Theological School at the University of  Chicago, for which he was awarded the Billings Prize  for Most Outstanding Scholastic Achievement.