Part of the Nostra Aetate Lecture Series, this event featured controversial Roman Catholic theologian Dr. Hans Küng speaking on the topic of "Challenges to Islam, Christianity, and Judaism in Today's Global Crisis." Küng was the drafter of "The Declaration Toward a Global Ethic of the Parliament of the World's Religions" (1993) and the proposal of the InterAction Council for a Universal Declaration of Human Responsibilities. Nostra Aetate (In Our Age) is the "Declaration on the Relation of the Church with Non-Christian Religions" of the Second Vatican Council, promulgated by Pope Paul VI.

This event was co-sponsored by the Office of the President, Prince Alwaleed bin Talal Center for Muslim-Christian Understanding, and the Berkley Center for Religion, Peace, and World Affairs. 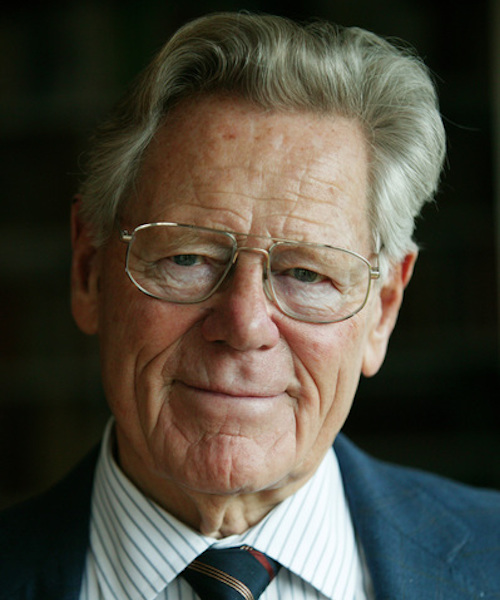 Hans Küng (1928–2021) was a Swiss Roman Catholic priest, theologian, and author. He was appointed an expert theological advisor to the Second Vatican Council in 1962. Küng argued that peace among religions is the key to peace among peoples, and his Toward a Global Ethic: An Initial Declaration has been a major contribution to interreligious dialogue.