Reconsidering the Catholic Church and the Holocaust: Special Film Screening and Discussion 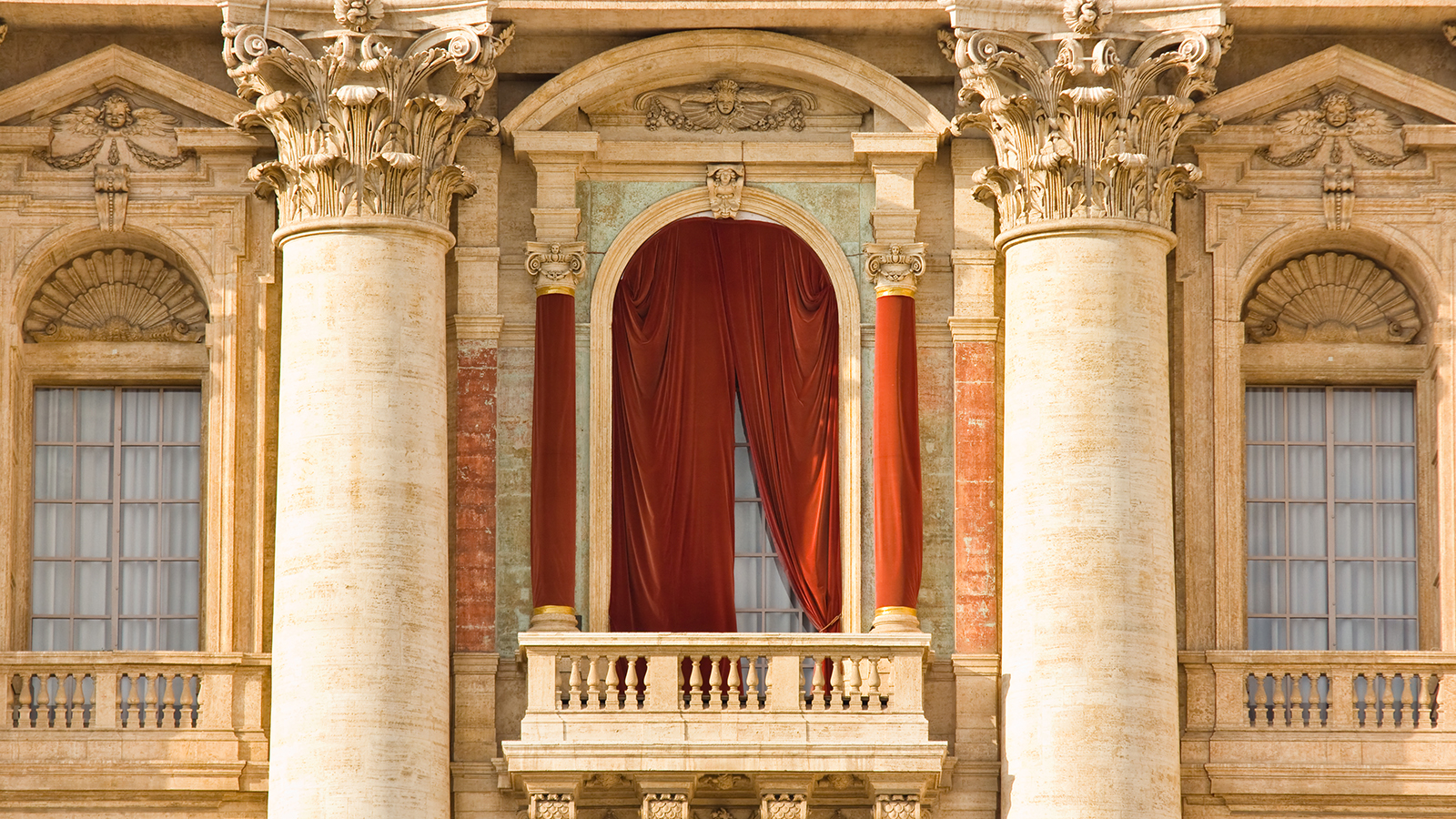 In 1933, the vast majority of Germans belonged to a Christian church. A third of the population (around 21 million) were Roman Catholic, whereas the Jewish community represented less than 1% of the population. As the Nazi Party’s power and anti-Semitism spread across Europe, how did one of the world’s most influential institutions—the Catholic Church—address and confront the Nazi regime and its laws, particularly the persecution of Jews? Furthermore, how did the Catholic Church's response influence its followers in Nazi-occupied Europe?

Holy Silence is a new thought-provoking documentary that examines the individuals who played a crucial role in shaping the Vatican’s response to the rising Nazi threat across Europe. Stories include: a humble Jesuit priest from New England, a leading American industrialist dispatched on a mission by President Franklin Roosevelt, and high-ranking officials within the Vatican determined to carry out their own objectives. This special screening of Holy Silence was followed by a discussion and audience Q&A with the film’s director, Steven Pressman, and the author of The Pope’s Last Crusade, Peter Eisner. 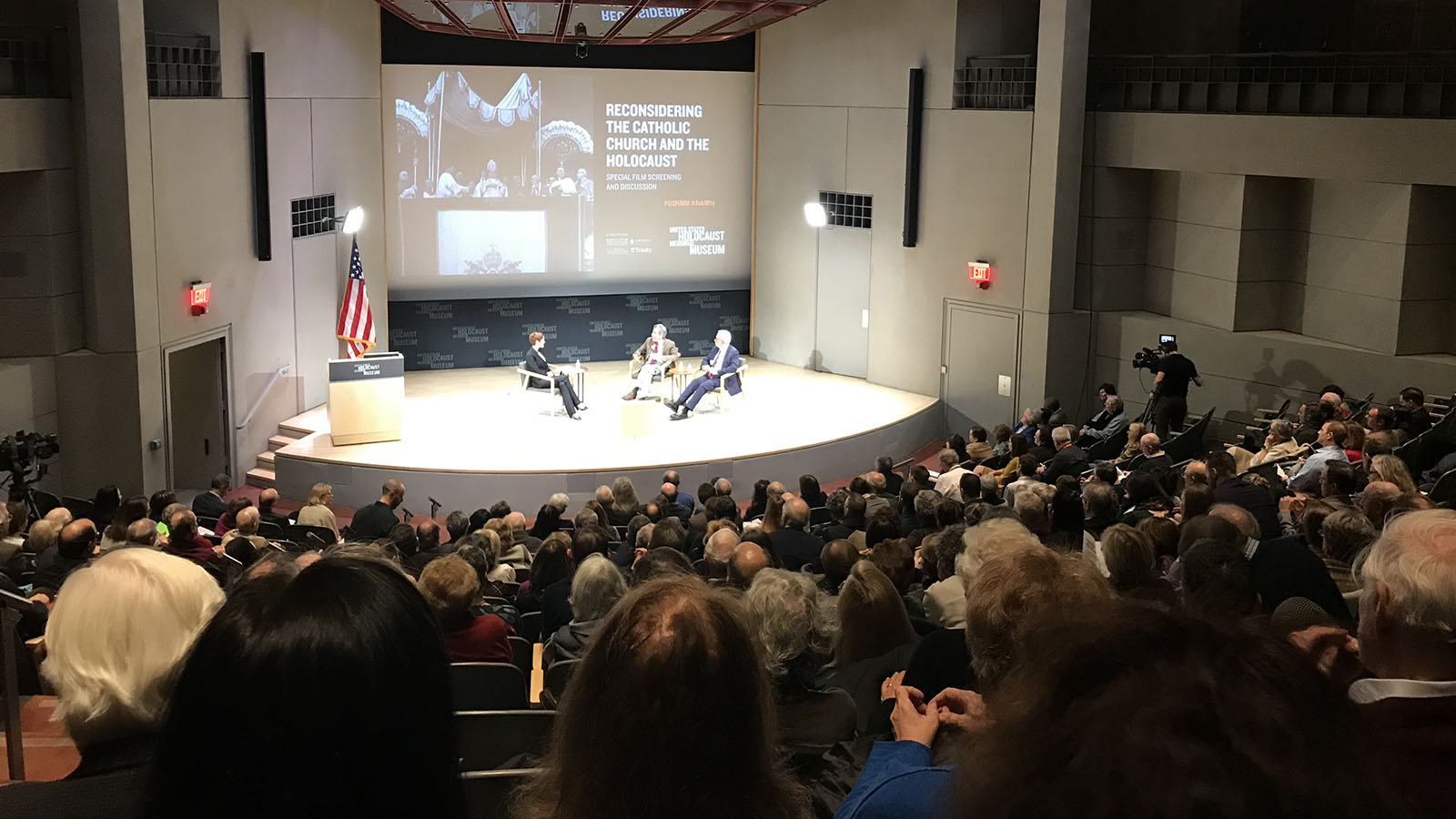 Dr. Suzanne Brown-Fleming moderates a discussion about the film 'Holy Silence' after screening. 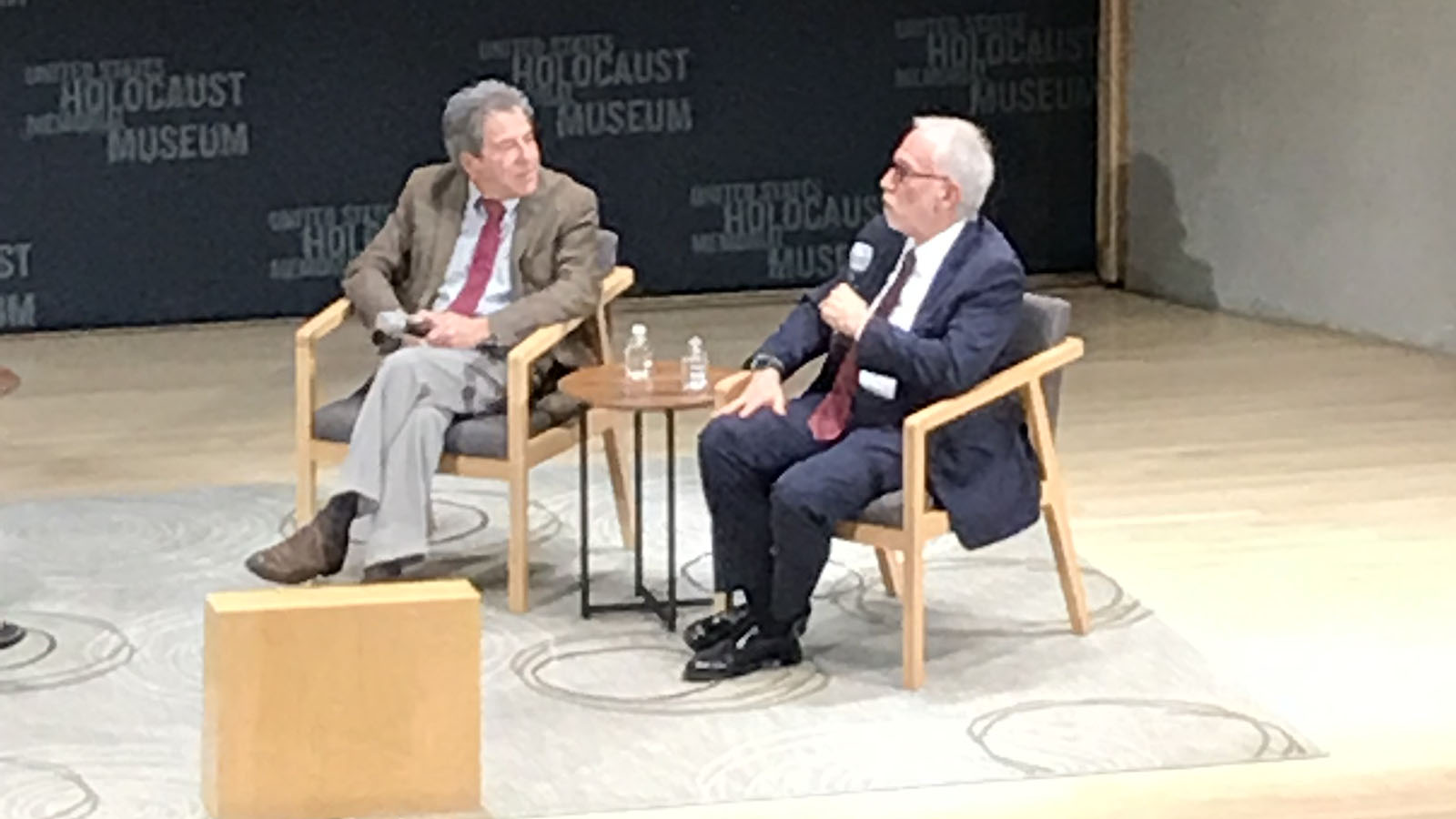 Peter Eisner weighs in about Pope Pius XI's response to the rising Nazi threat across Europe. 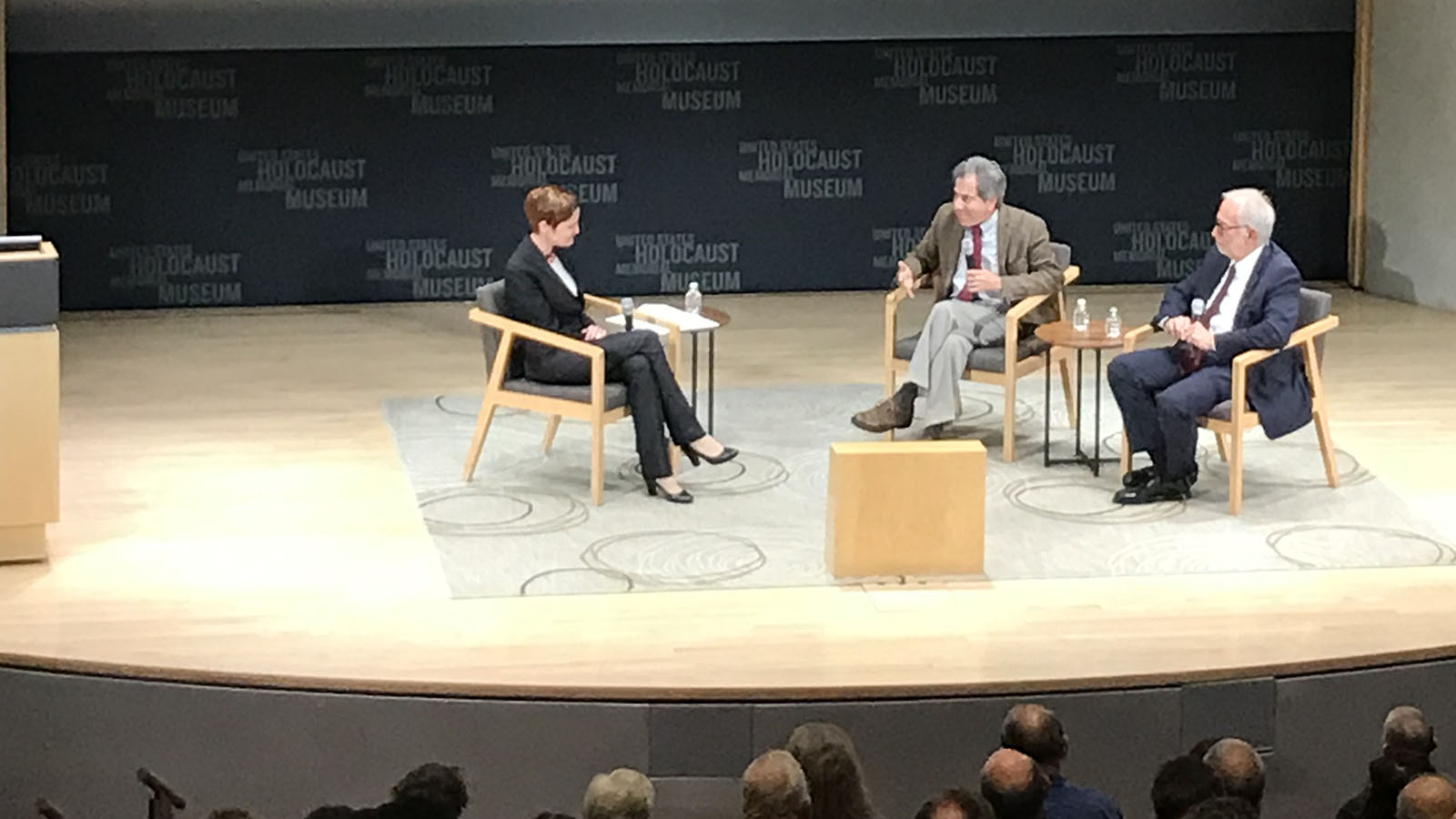 Steven Pressman discusses the film he directed and produced 'Holy Silence' after the screening. 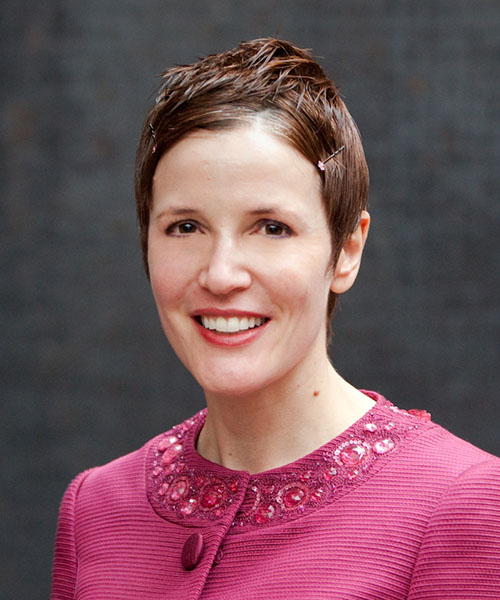 Dr. Suzanne Brown-Fleming is director of international academic programs for the United States Holocaust Memorial Museum's Mandel Center and author of The Holocaust and Catholic Conscience: Cardinal Aloisius Muench and the Guilt Question in Germany (1994/2016). 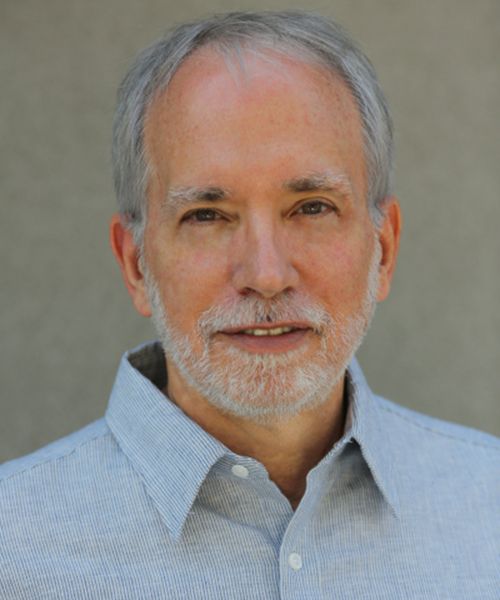 Peter Eisner, a veteran foreign correspondent and political editor, has worked at the Washington Post, Newsday, and the Associated Press. He is the author of The Pope’s Last Crusade: How an American Jesuit Helped Pope Pius XI’s Campaign to Stop Hitler (2014). 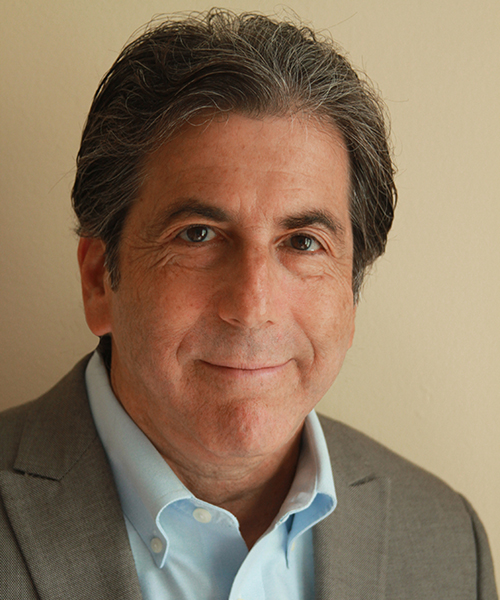 Steven Pressman is the director and producer of Holy Silence and the Emmy-nominated film 50 Children: The Rescue Mission of Mr. and Mrs. Kraus.​

RSVP to Reconsidering the Catholic Church and the Holocaust: Special Film Screening and Discussion