What powers do the pope and the UN secretary-general have in common? University of Innsbruck professor Jodok Troy argues that due to the unsettled nature of contemporary international affairs, the power of unbiased moral suasion by legitimate, international authority figures—such as Pope Francis and Ban Ki-moon—may be increasing. Troy will discuss how Pope Francis and Ban Ki-moon utilize relationships and persuasion, as well as highlight the distinctive religious capital associated with the Pope. Eric Patterson, Berkley Center research fellow, will introduce the event.

Lunch will be served. 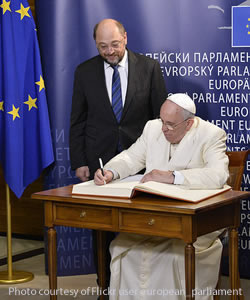 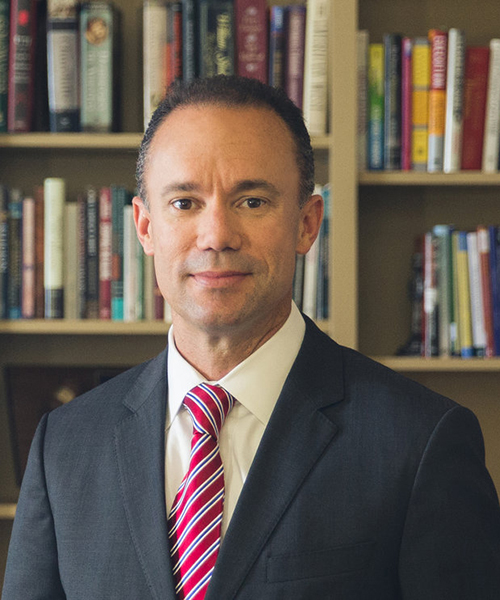 Eric Patterson serves as president of the Religious Freedom Institute and is a research fellow with the Georgetown University Berkley Center for Religion, Peace, and World Affairs. He previously served as dean of the School of Government at Regent University, and before that, as associate director at the Berkley Center. He is an expert in two overlapping areas: the ethics of war and peace, and global religious trends and religious freedom policy. These two areas routinely intersect, such as in building post-conflict systems that represent diverse ethnoreligious factions, understanding the religious factors in conflict, and measuring U.S. democracy promotion efforts. His government experience includes time at the U.S. State Department, service as a White House Fellow, and over 20 years as an Air National Guard commander. He is the author or editor of 20 books, including Politics in a Religious World: Toward a Religious Informed U.S. Foreign Policy (2011).

Jodok Troy is an Austrian academic and a visiting scholar at the Freeman Spogli Institute for International Studies in Stanford University's Europe Center from 2016 through 2018. He has been a lecturer in the Department of Political Science at the University of Innsbruck since 2009; Troy previously held a research fellowship at the Center for Peace and Security Studies at Georgetown University and was an affiliate scholar of the Swedish National Defense College. His international relations research focuses on international political theory and policy issues of international peace and security, particularly focusing on realism and the English School, as well as religion and agency in international politics. At Stanford, he is working on a project examining international moral leadership in the examples of the popes and the United Nations secretaries general. Troy has a Ph.D. from the University of Innsbruck.