Toward a Theory of Religious Pluralism

Toward a Theory of Religious Pluralism Video Player

Showing the Peter Berger on the Explosive Growth of Pentecostalism Video

Showing the Toward a Theory of Religious Pluralism Video

Renowned sociologist Peter Berger argues that secularization theory—the idea that modernity necessarily leads to a decline of religion—has been falsified. Rather than an age of secularity, ours is an age of pluralism. In other words, the problem of modernity is not that the gods have fled, but that there are too many of them around. Berger discussed his ideas on religion and modernity and sketched an outline of a possible theory of pluralism for the modern era. 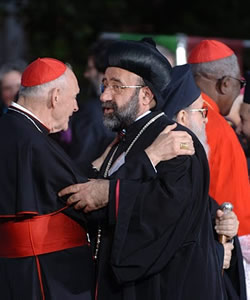 Toward a Theory of Religious Pluralism 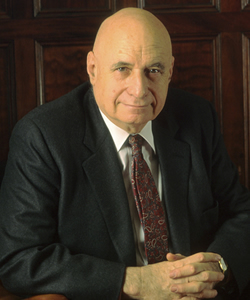 Peter Berger was one of the foremost scholars in the field of sociology of religion. A senior research fellow and professor emeritus of religion, sociology, and theology at Boston University at the time of his death in June 2017, he previously served as the founding director of the Institute on Culture, Religion and World Affairs at Boston University. He also taught at the University of North Carolina, Hartford Theological Seminary, Rutgers, and the New School for Social Research. His work focused on sociological theory, sociology of religion, and issues at the intersection of theology and social science. His works include Questions of Faith: A Skeptical Reaffirmation of Christianity (2004), Religious America, Secular Europe (2008, with Grace Davie and Effie Fokas), and In Praise of Doubt: How to Have Convictions without Becoming a Fanatic (2009, with Anton Zijderveld). Berger earned his B.A. from Wagner College and his M.A. and Ph.D. from the New School for Social Research.