Humanizing the Refugee Experience Is Key to Making a Difference

During a Georgetown event hosted as part of Danielle Vella’s book tour for the recently released Dying to Live: Stories on the Road to Freedom, panelists shared their insights on the importance of recognizing and respecting the humanity of each individual and his or her unique migratory experience.

The book chronicles the diverse stories of refugees around the world, from their history and reasons for fleeing home to resettlement and hopes for the future. “It’s not the story of a typical refugee, nor even of a typical refugee youth, because there is no such thing,” explained author Danielle Vella, who is director of reconciliation and social cohesion at Jesuit Refugee Service.

This is one of the reasons that I wrote this book: to show that behind that anonymous statistic of 70 million refugees is 70 million lives.

While each refugee has a distinct background and personal journey, panelists identified common themes drawn from their interactions with refugees and from migrants’ own reflections. These included the threat or loss of identity, the desperation to escape unlivable conditions, and the willingness to share their stories in order to combat stereotypes.

It can be especially difficult for refugees to remain hopeful in the face of unwelcoming or hostile host countries. After the initial elation of arriving at a safer location, “increasingly, that joy gives way to anxiety again when they see that they are up against systems dictated by a culture of rejection, disbelief,” Vella said.

This culture is reflected in national policies directed at handling refugees, and particularly in the common practices that isolate and dehumanize new arrivals. Elizabeth Ferris, a research professor in Georgetown’s Institute for the Study of International Migration, described this attitude.

“If you look at Europe and North America,” she said, “for people who arrive uninvited on our borders, the tendency is to keep them away, to put them in detention centers–particularly detention centers that are far from population centers. Maybe to prevent that interaction, prevent seeing that these are real live human beings, and not just numbers or stereotypes that many political leaders around the world seem to resort to.”

Panelists also discussed concerns about the tendency for aid workers to assume they understand the needs and best interests of refugees. “Too often in the aid community, we go in with the answers,” reflected Ferris. “But even when people are very needy and need medical attention, they still have agency, and that needs to be respected and built on.”

Berkley Center Senior Fellow Rev. David Hollenbach, S.J., echoed the importance of getting to know refugees as individuals, a key expression of the Jesuit value of accompaniment that animates the work of Jesuit Refugee Service (JRS).

“Danielle’s book has told the stories of numerous men and women and children in these camps, and has given us, through the book, a kind of vicarious experience of this accompaniment that is so important.”

Hollenbach shared a personal story of encounter. While working in a Kenyan refugee camp, he met Halima, a young Somali woman who was a survivor of sexual violence and continued to suffer abuse at the camp. Despite this trauma, Hollenbach explained, she had the brightest and warmest smile, and her attitude continues to inspire him.

While there are clear responsibilities on the part of governments and institutions, panelists all highlighted the impact of ordinary acts of kindness from friends, neighbors, and strangers. Recognizing mutual humanity and demonstrating care for fellow human beings makes a difference, they concluded.

Vella said that one of the most prominent signs of hope that she found among refugees was unexpected generosity from Good Samaritans along the journey.

She closed by citing a response from a young Pakistani refugee. He explained to Vella that his understanding of what it means to be truly living is to live in the hearts of others. In his words,

What I’m trying to say is that if someone is glad you were born, because you helped them, that is when you are fully alive. 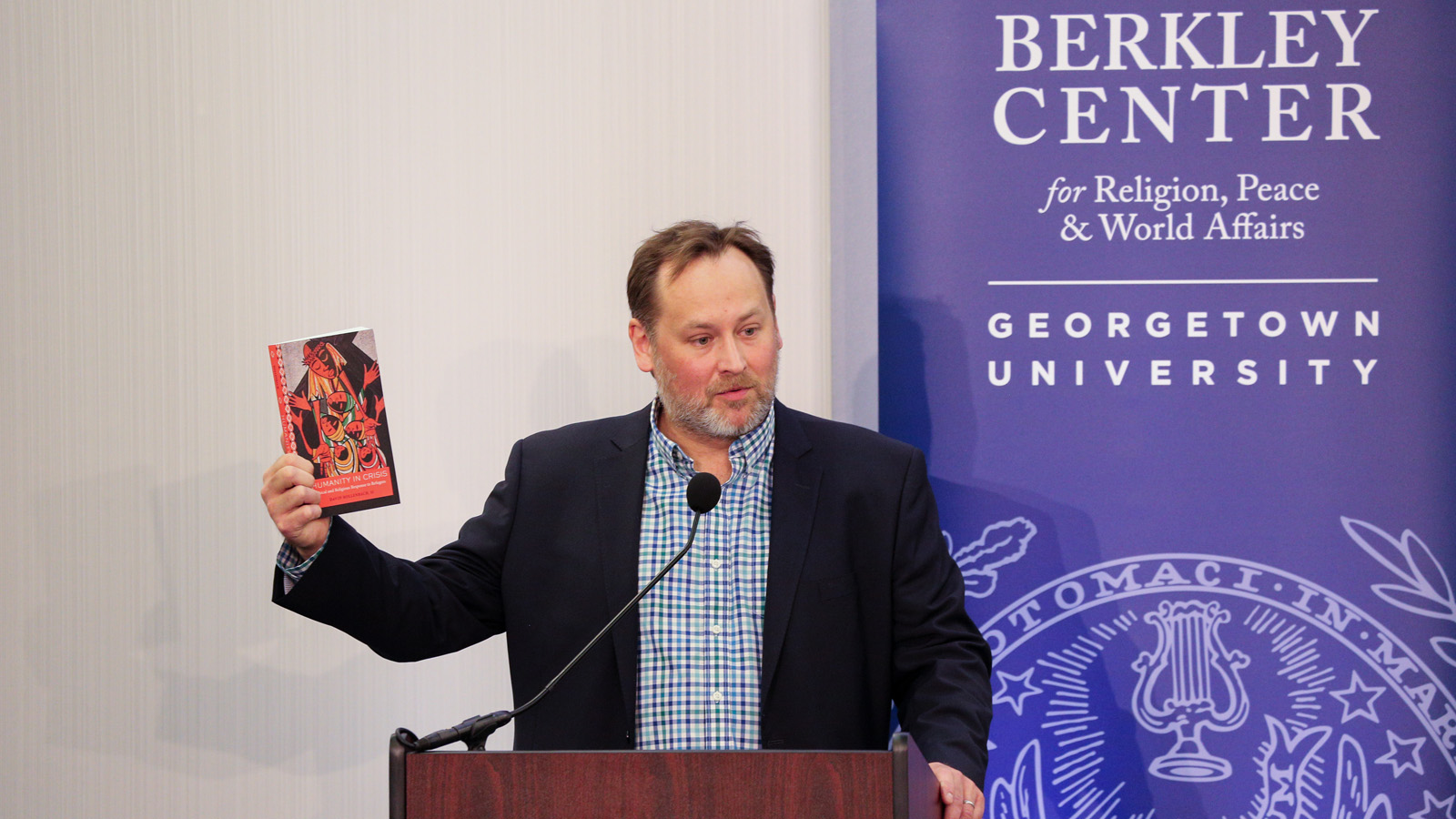 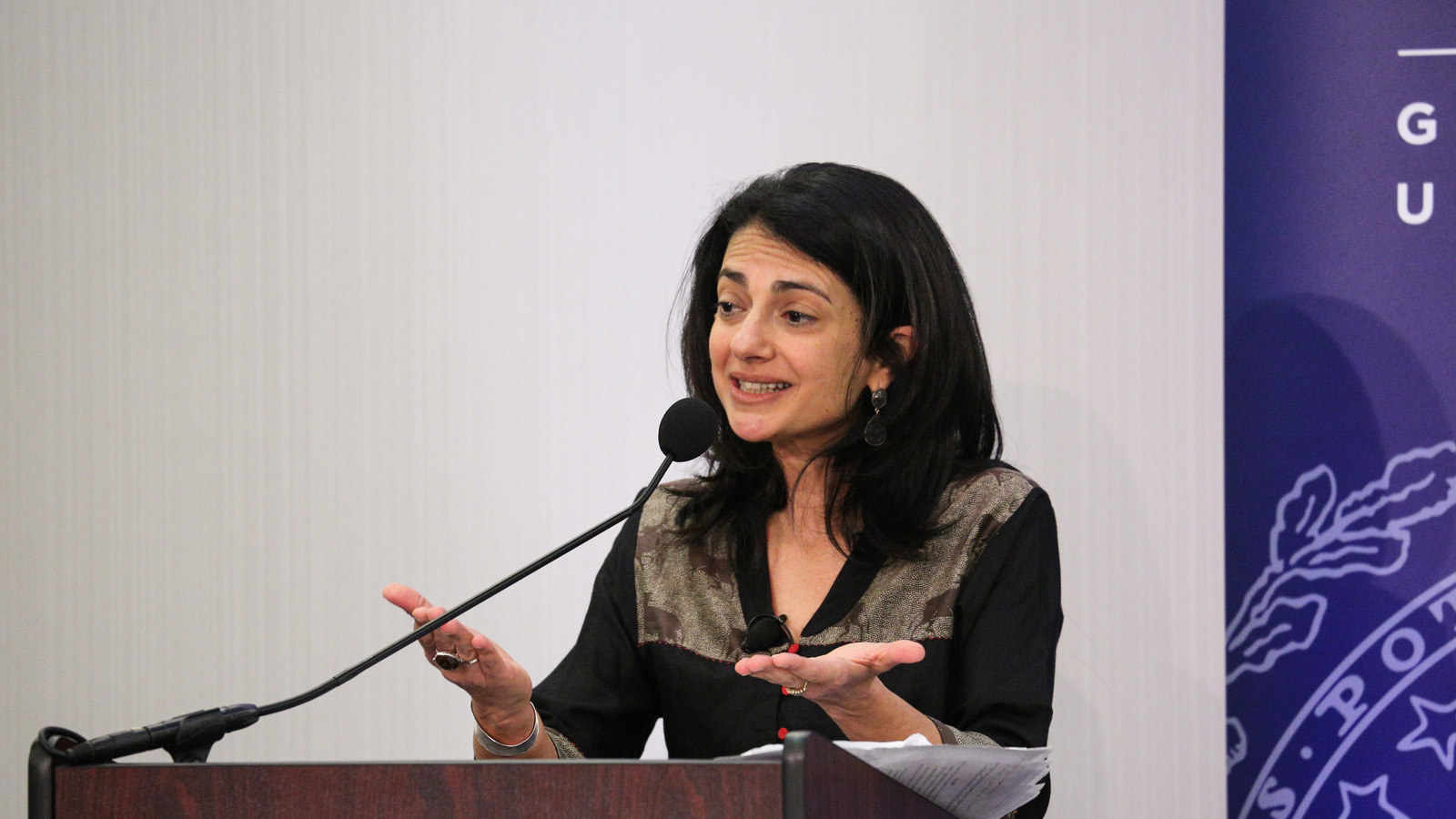 Danielle Vella discusses her newly released book, Dying to Live: Stories from Refugees on the Road to Freedom. 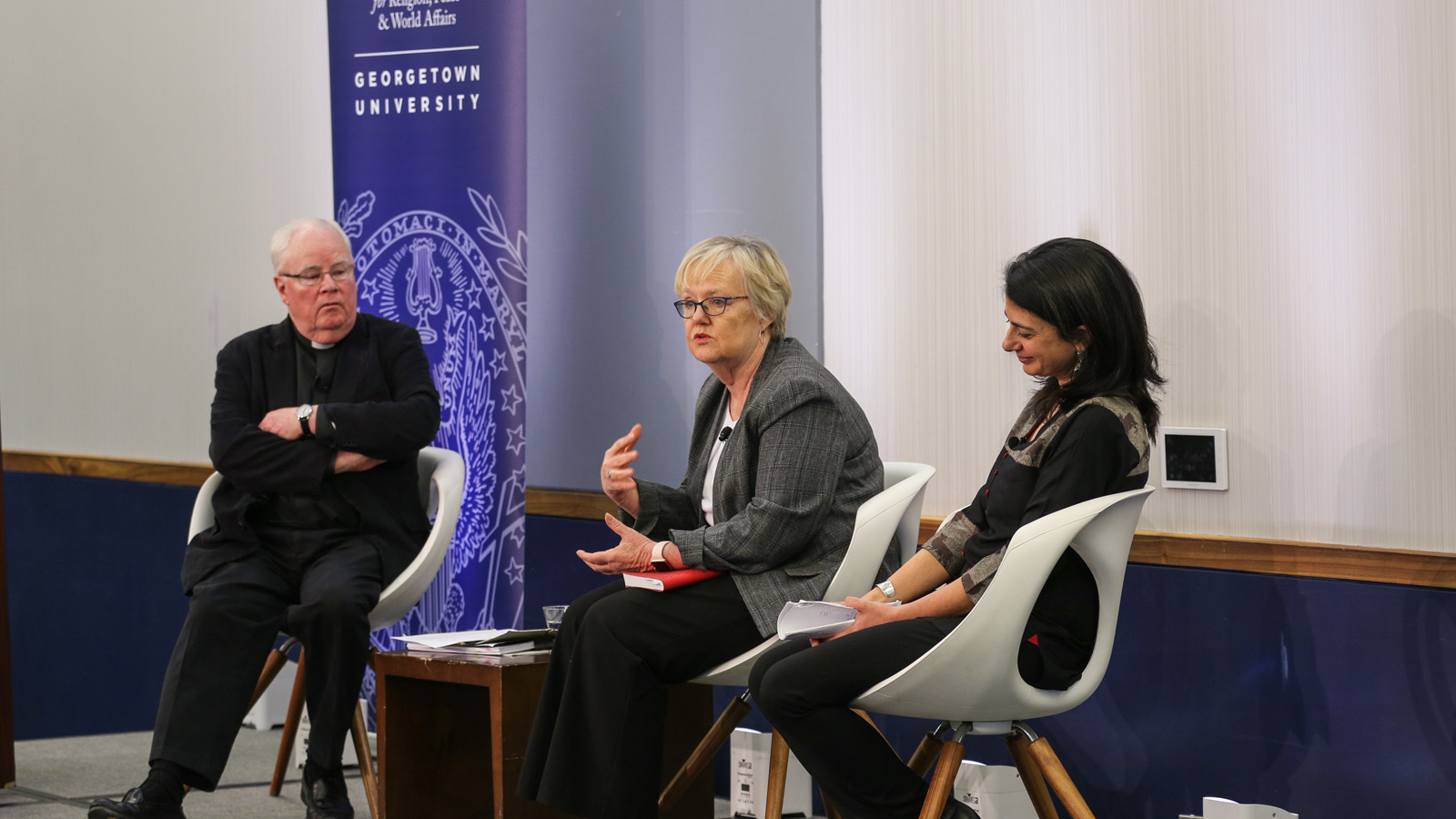 Elizabeth Ferris discusses the importance of meeting refugees and hearing their stories. 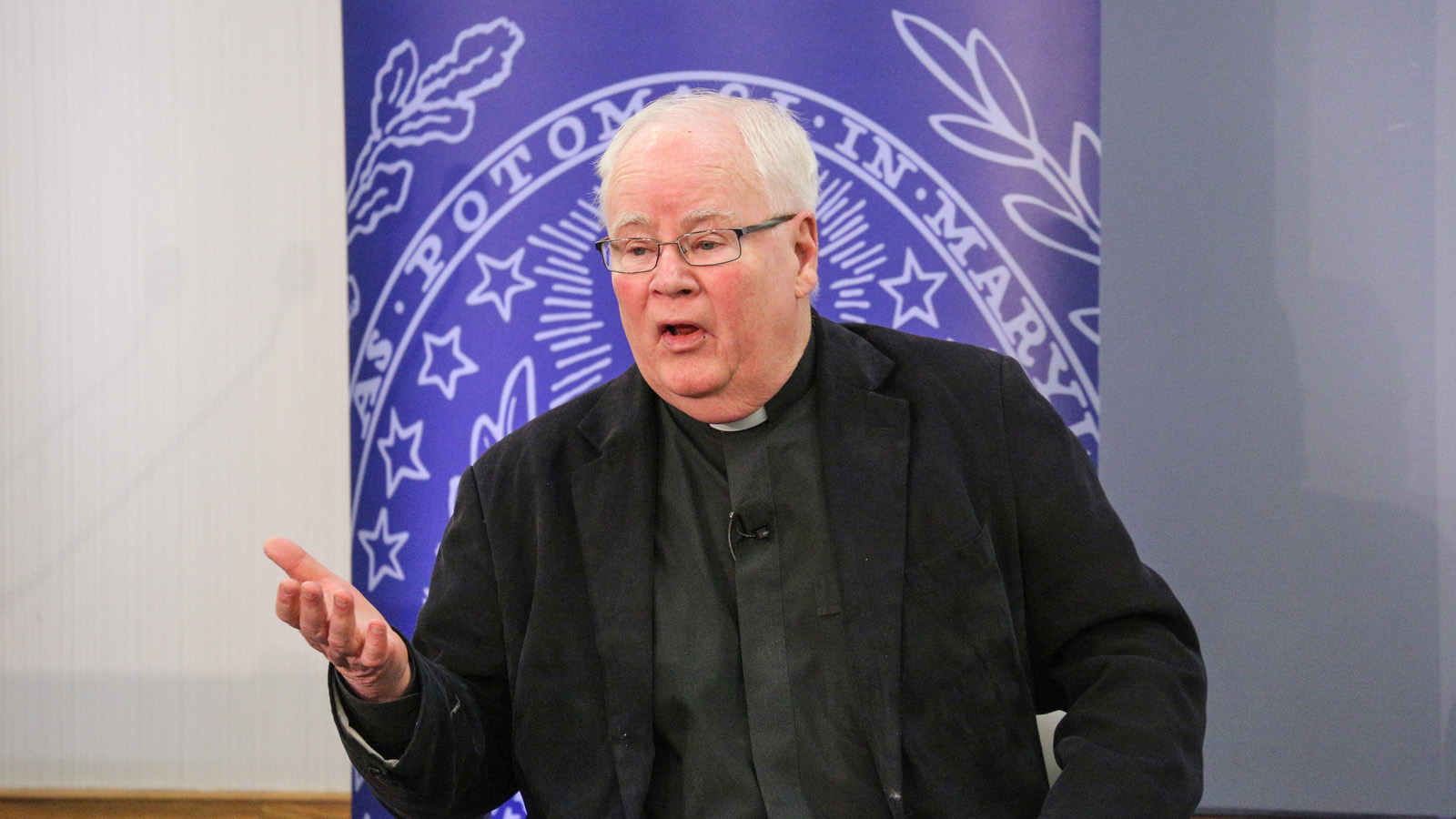 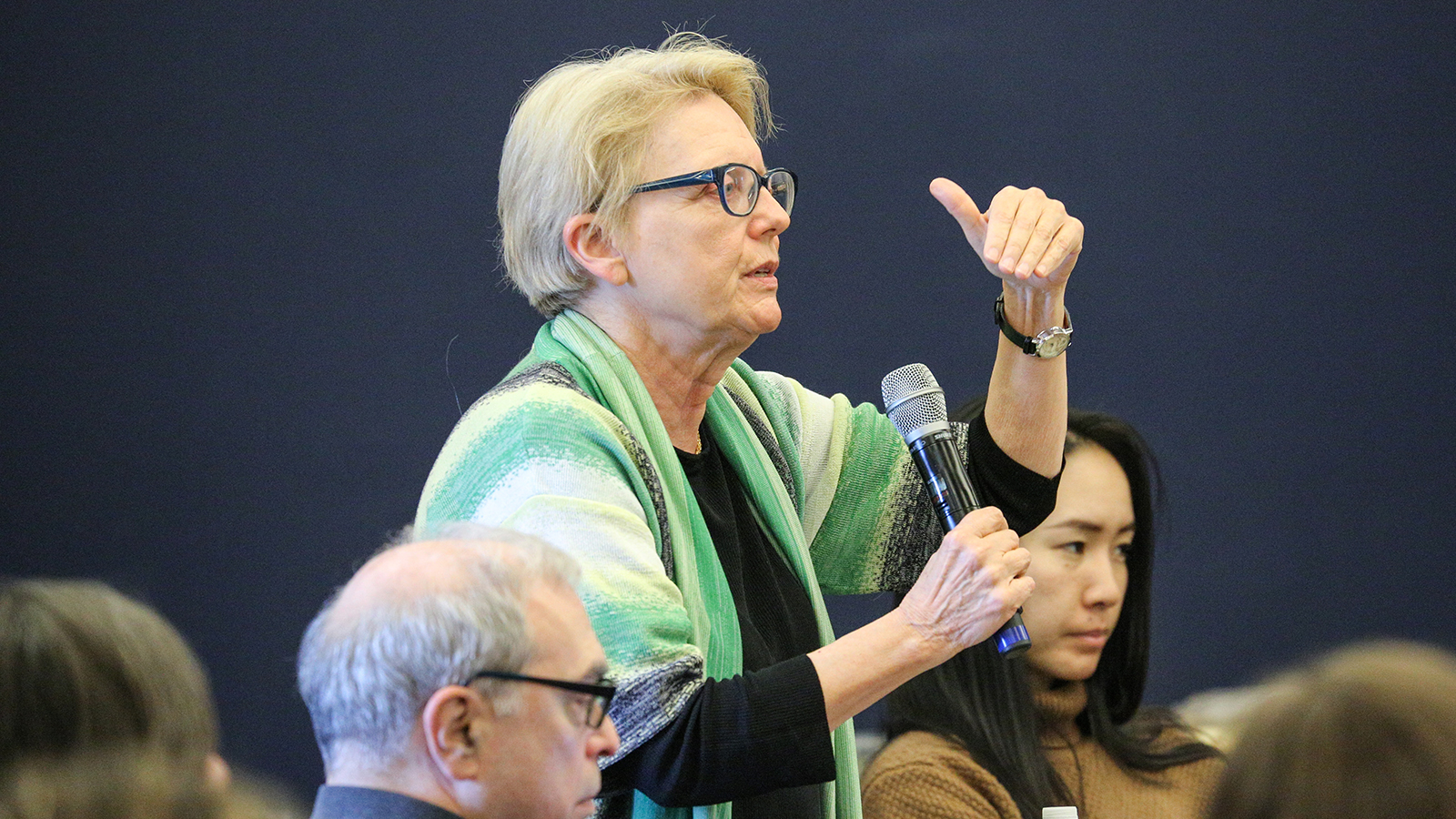