Panelists agreed at an event on campus yesterday that the staging of James Baldwin’s 1954 play The Amen Corner at the Shakespeare Theatre Company this month is a significant trend.

The acclaimed African-American author, who passed away in 1987, was known for exploring themes of race, religion and sexuality.

The Amen Corner is set in mid-century Harlem and tackles the role of the church in the black community.

“The brilliance of Baldwin’s prolific writings stems from his understanding of black religion’s singular importance in American history,” said panel moderator Terrence Johnson, a Georgetown professor of religion and politics and senior research fellow at the university’s Berkley Center for Religion, Peace, and World Affairs.

The center sponsored the event, for which the first 30 student attendees received free tickets to the play, which runs through March 15.

The Amen Corner was ahead of its time in terms of not only content but also style, the panelists explained.

“It’s a huge-scale drama that requires a lot of economic resources,” said panelist Soyica Colbert, Idol Family Professor and professor of African American studies and performing arts at Georgetown. “The play itself is really anticipating a moment like this where there are theaters that have the resources and the vision to produce it.”

The staging of the play is a first for the Shakespeare Theatre Company.

“What is really significant about this production is that it marks us being a color-conscious institution for the first time and the power of acknowledging the power of race as a political, philosophical, religious reality in American life,” explained panelist Drew Lichtenberg, literary manager at the Shakespeare Theatre Company.

Colbert, who is also vice dean of the College, said the play “emerges out of the quotidian life of black people and a very specific aspect of black life and religious community.”

That the character of Sister Margaret Alexander, a church pastor, is the protagonist of the play represents another means by which Baldwin subverts expectations, she explained.

“It is very rare – then and now – to have a woman as a central role in a play,” says Colbert, the author of Black Movements: Performance and Cultural Politics (Rutgers University Press, 2017).

Josiah Ulysses Young III, a professor of systematic theology at Wesley Theological Seminary who served on the panel, elaborated on the religious significance of Sister Margaret as a church leader in the play.

“Black preaching is a corner of African-American life,” he said. “Baldwin wanted to insist that the differences between men and women are not so large as to make them polar opposites.”

“Religion continues to be important for how we imagine political movements in the mid-century,” she says. “For Baldwin to put a woman as a prototype of that is a very important symbolic act as we think about how the Civil Rights Movement begins to unfold.”

Those artistic choices in the play allow The Amen Corner to serve as a space for the black community, a radical move for a play written at the dawn of the Civil Rights Movement, the panelists noted.

“Baldwin is both giving black people a space to themselves and is also generating a vision for what is possible in America,” Colbert said.

While the opening of classical theater to the work of non-white playwrights such as Baldwin might be a sign of hope, Johnson reflected on what Baldwin might say about our changing times.

“I’m not sure Baldwin wants us to walk away with hope but this idea that freedom is a constant struggle,” he said. “I think he is really pushing us to re-categorize what we are looking for, what we are expecting from religion and each other.”

​This event received support from the Doyle Engaging Difference Program at Georgetown University. 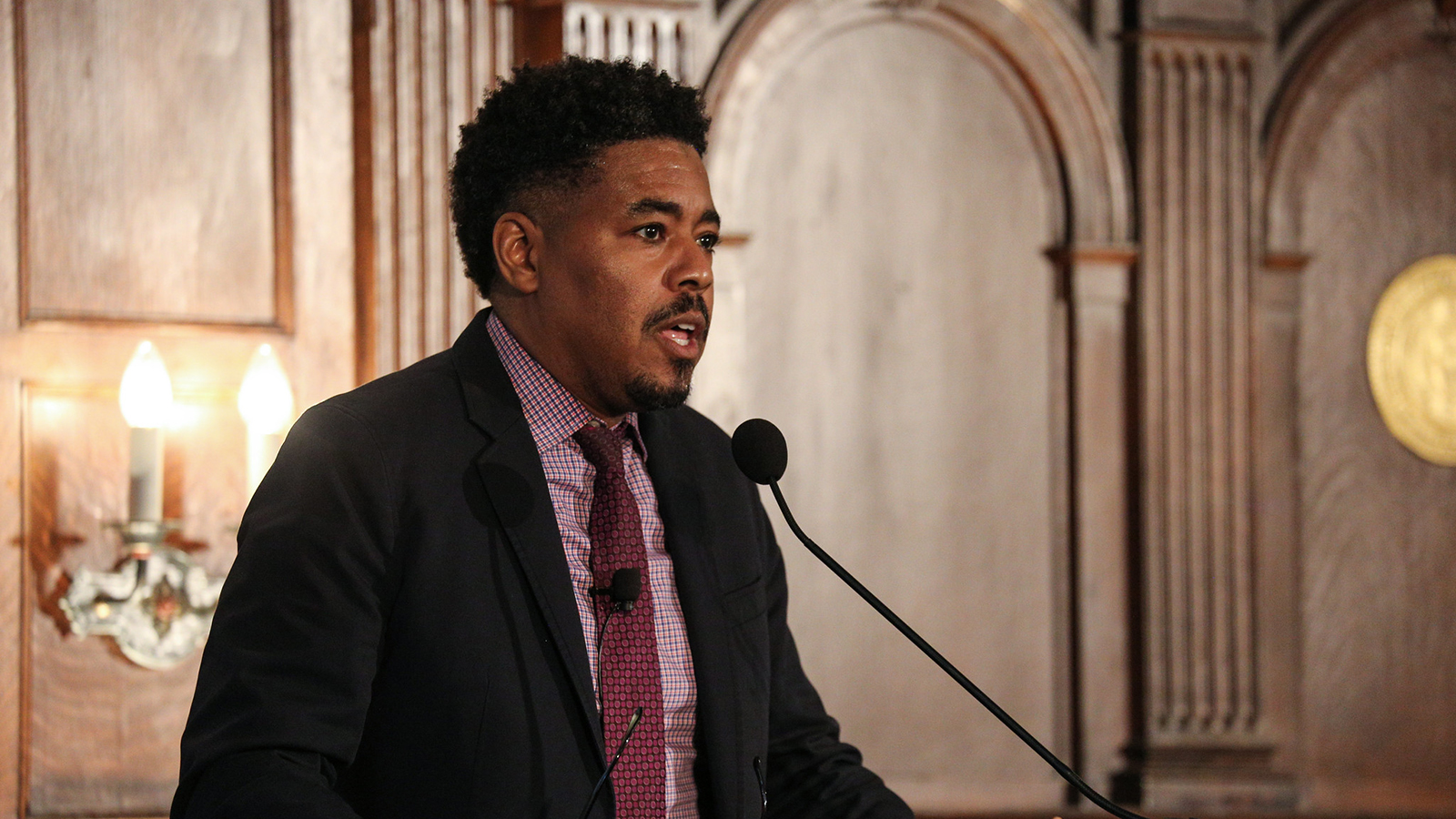 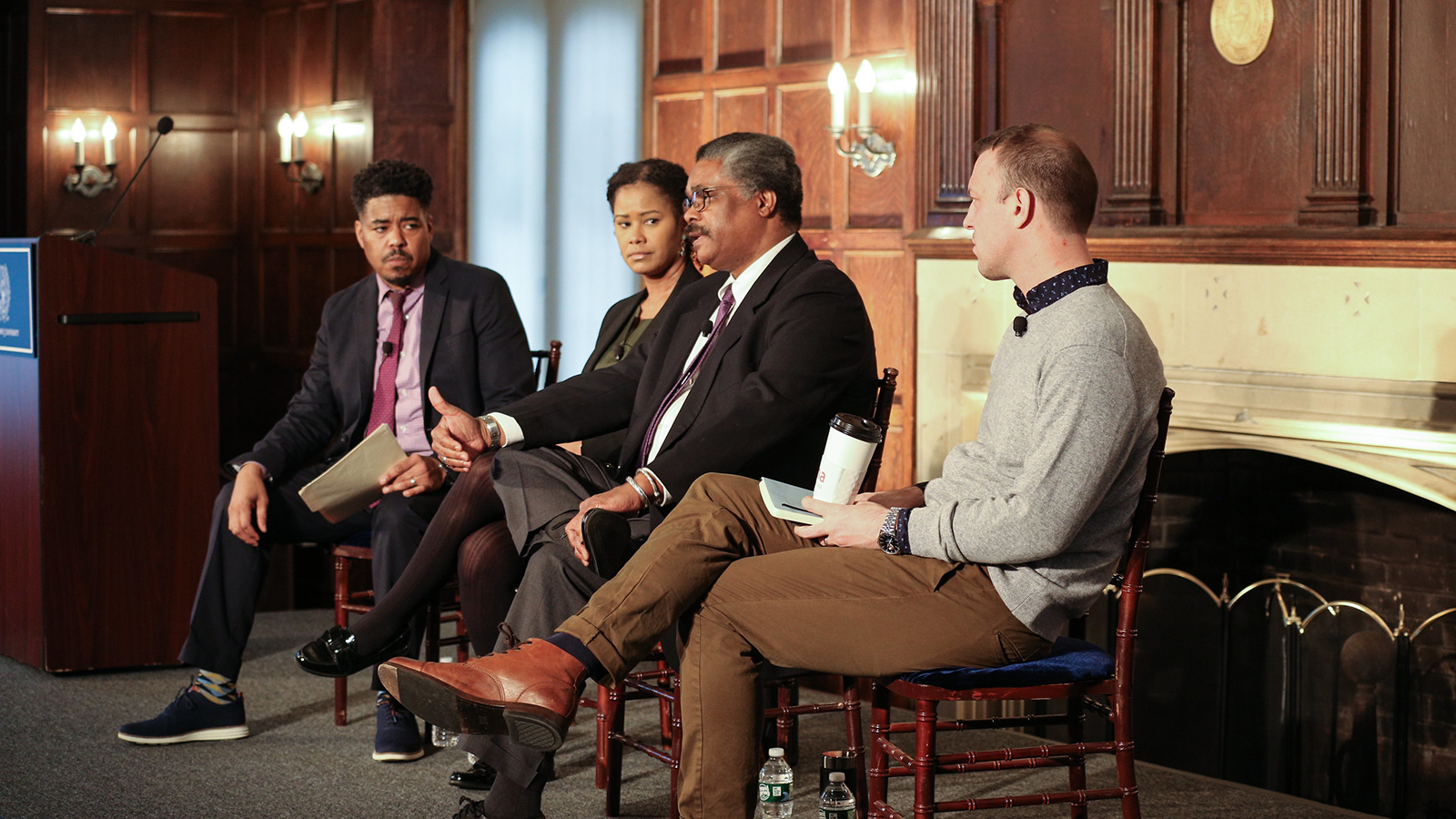 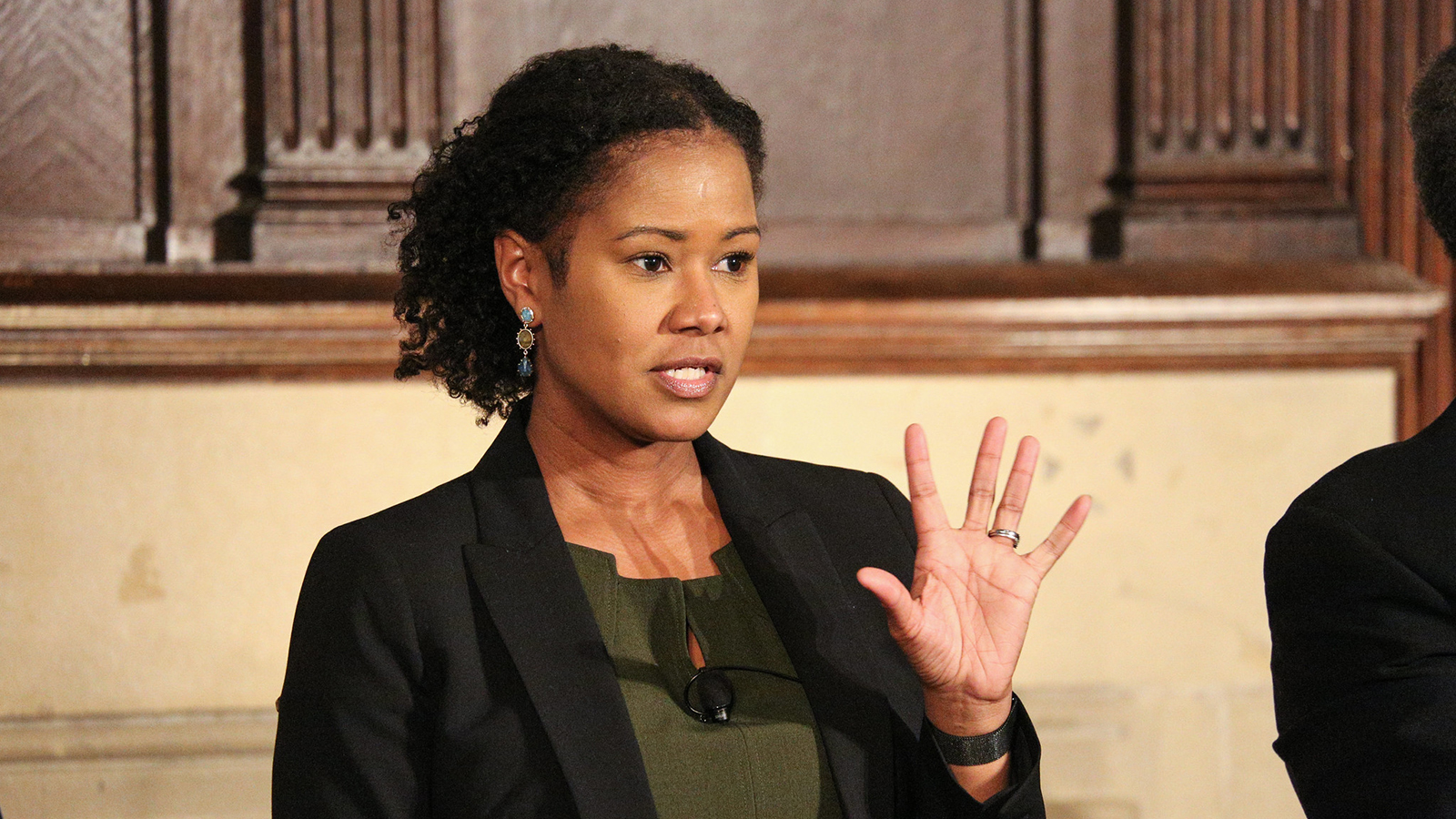 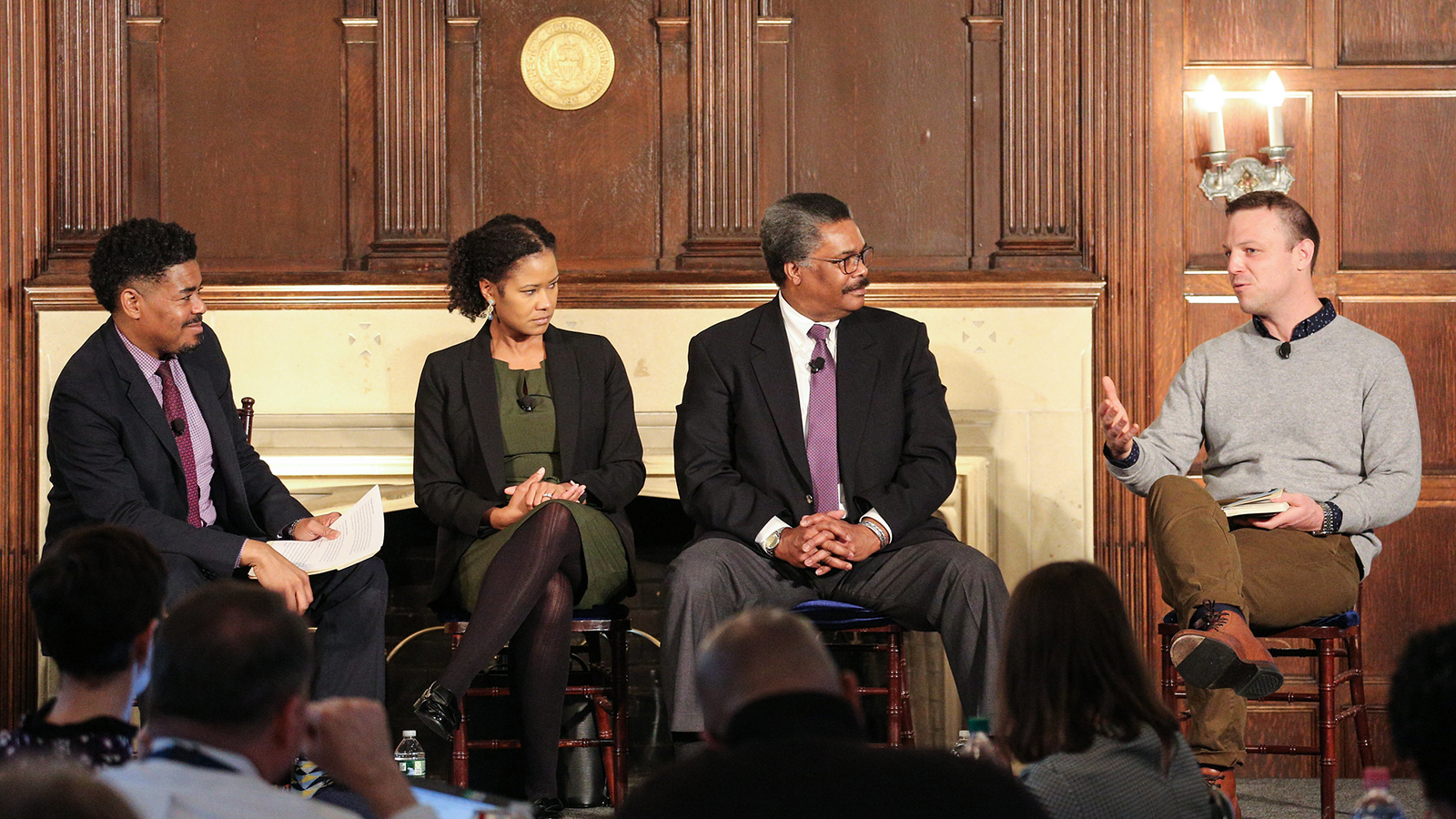