The Institute for the Study of International Migration joined the Berkley Center to examine how the United States can work toward becoming a more welcoming place for refugees. Participants examined both the admissions process for refugees as well as the role of cities in facilitating long-term integration.

The end of the twentieth and beginning of the twenty-first centuries have seen rapid increases in the number of displaced persons worldwide; yet as the number of refugees has grown, the willingness of governments in Europe and America to provide support for them seems to have declined. Speakers all wrestled with the causes of this increased hostility, which appears to contradict the observed benefits of refugee integration.

Several panelists focused on the role of false and misleading narratives surrounding the social impact of refugees and migrants more broadly. Joan Rosenhauer of Jesuit Refugee Services USA suggested that the increasing opposition was a result of “compassion fatigue,” though several other panelists suggested that the compassion of individuals—as opposed to that of governments—is anything but fatigued.

Rachel Peric of Welcoming America indicated that while people often feel the natural impulse to help, they are also reluctant to adjust and adapt to new circumstances.

“Our best humanitarian instincts…are running up against a challenge, and that challenge is our very natural instinct to hate change,” she said.

The Importance of Relationships

Given the increasing hostility toward refugees, almost all of the speakers agreed that it is imperative to reach out to communities to build relationships between refugees and their new neighbors.

Mike Mitchell of HIAS noted with concern that “this whole system focuses on the initial resettlement—it doesn't focus on the integration of refugees.”

Experience shows that without community outreach, refugees will be viewed with suspicion regardless of their positive economic and social contributions. Or, as Ali al Sudani of Interfaith Ministries for Great Houston succinctly put it,

However, as Rosenhauer emphasized, relationships with community members are only one part of the solution. It is equally important that refugee advocates build stronger relationships with one another, and that service providers help refugees to develop relationships of their own by providing everything from legal representation to psychosocial and spiritual support.

The Changing Landscape of Refugee Politics

All panelists agreed that the crisis of displaced persons is only going to intensify. Climate change and associated political instability are likely to vastly expand the number of displaced persons worldwide in the near future. Some speakers suggested that cities are poised to be the locus of action for addressing these issues in the coming decades.

“To me, cities really are at the forefront when it comes to on-the-ground delivery of service, but also creating and enacting program and initiatives that support the integration of immigrants and refugees at the local level,” said Linda Lopez of the Los Angeles Mayor's Office of Immigrant Affairs.

Religion is becoming an increasingly powerful promoter of aid as well, McDonough suggested in his keynote.

At the same time, all panelists emphasized that perhaps the crisis is not as large as we tend to imagine it is. Although more people are displaced than at any time since World War II, the overall percentage of displaced persons in the world has not changed substantially for several decades.

Several speakers worried that emphasizing the changes in the scale of the problem plays into nativist narratives. McDonough suggested that, for the United States, a key solution to addressing the current crisis of displaced persons is reaching back to the same spirit that has animated the country since its founding.

We need to keep being what has made the United States strong for more than two centuries—open, inviting, and constantly renewing ourselves and the idea of America. 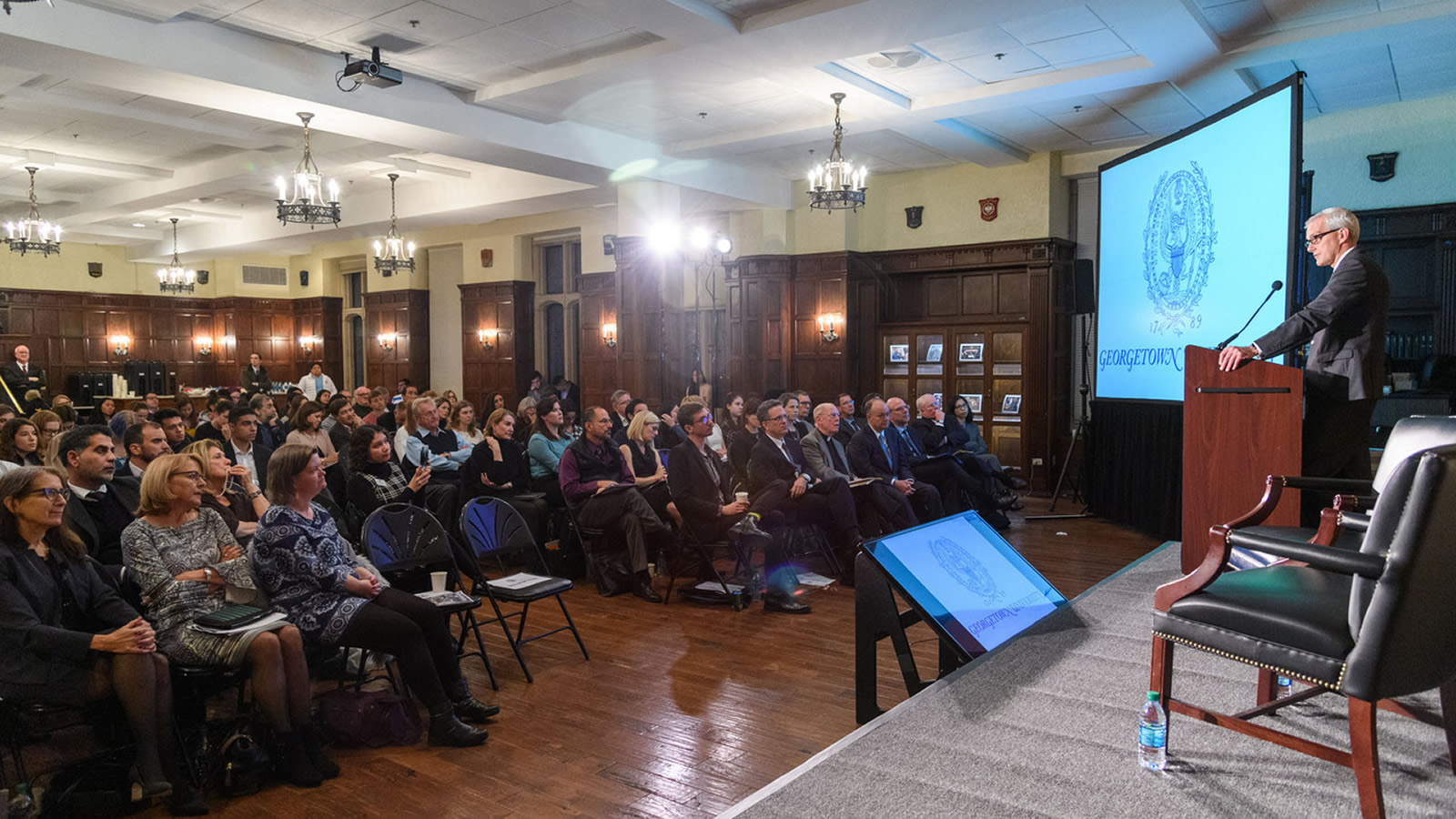 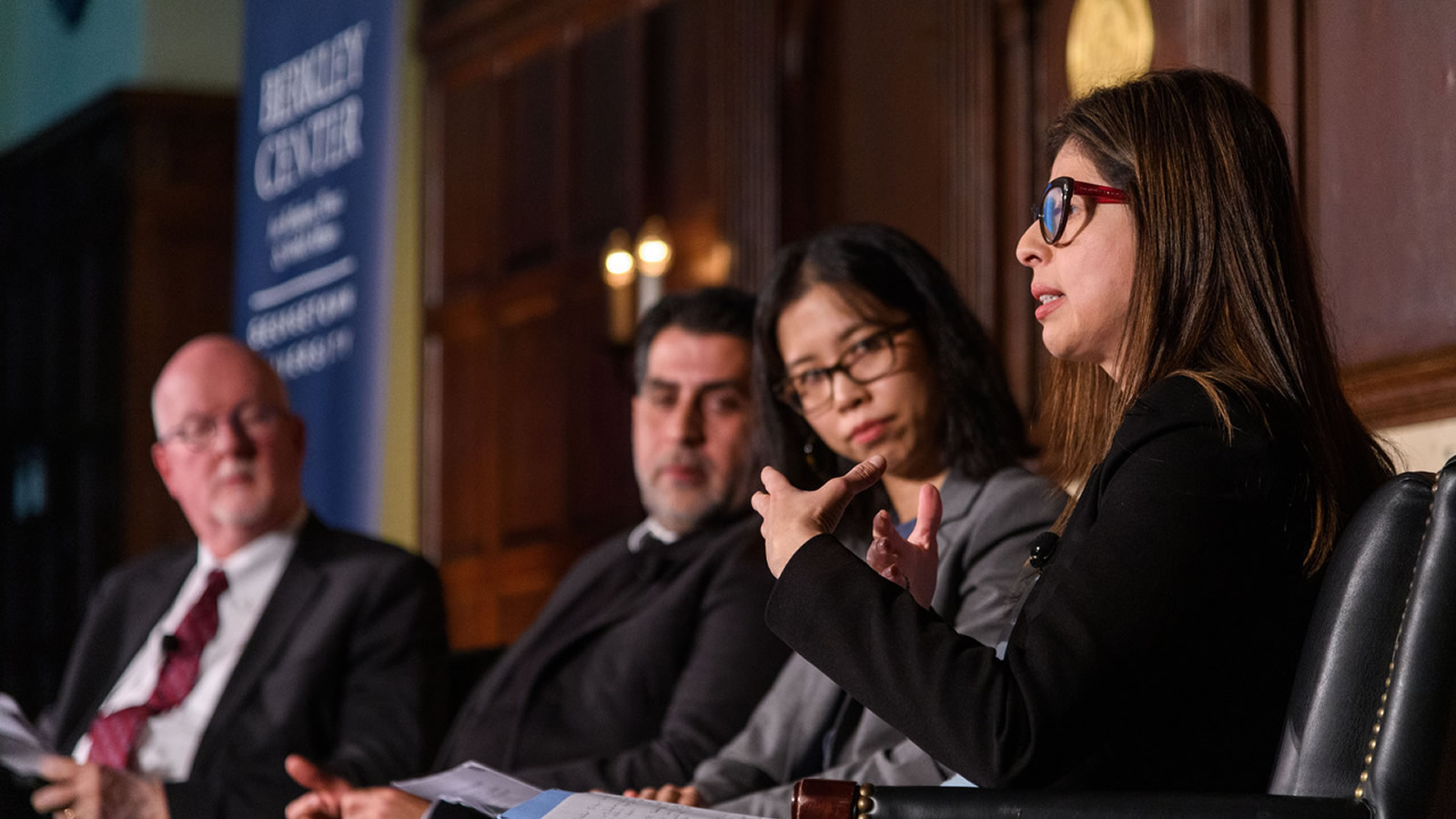 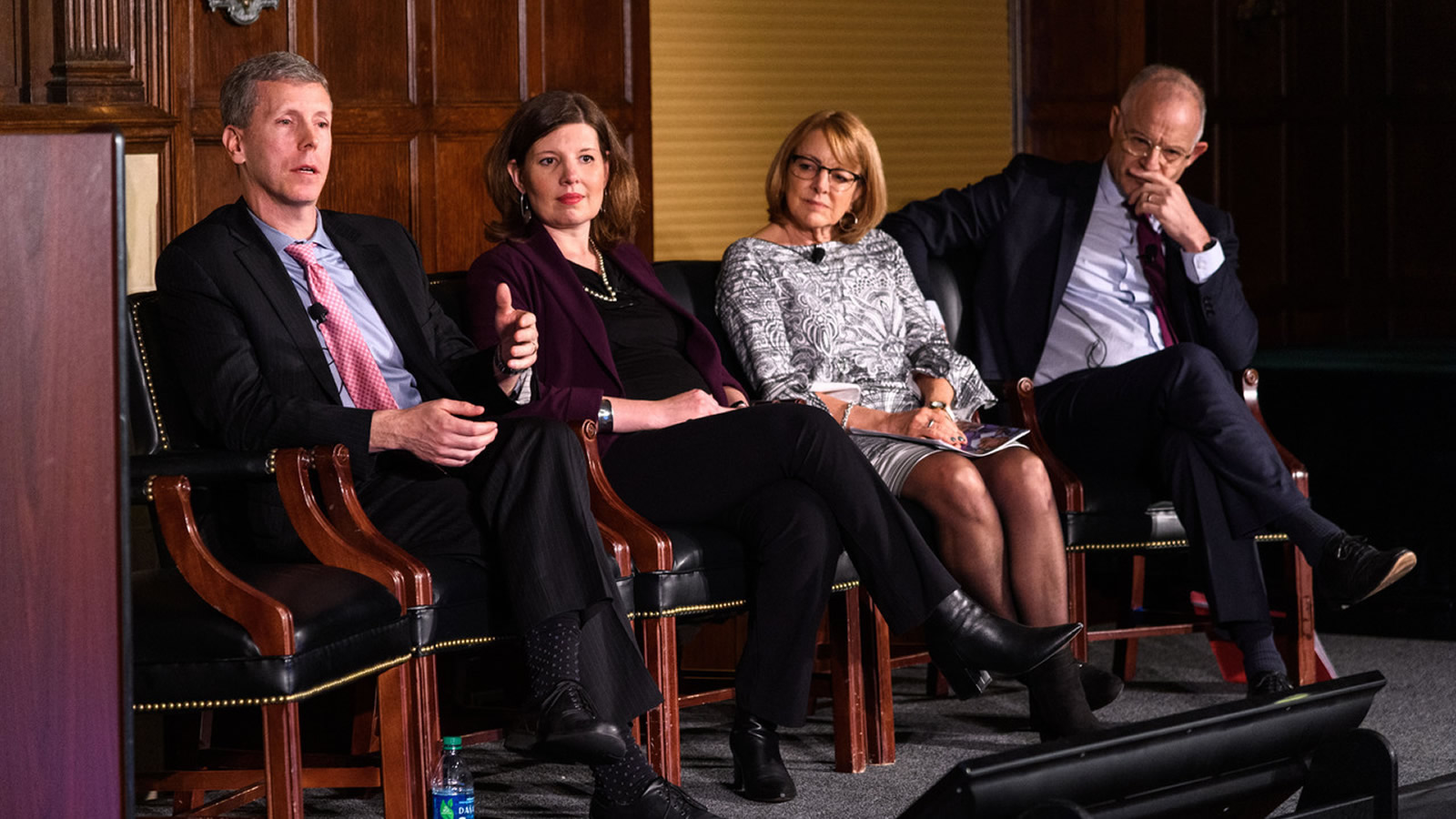