Using Literature to Explore Other Perspectives

Prominent Israeli author David Grossman spoke to an audience about what it means to live in a country that is in a state of war and his role as an artist in that environment. “If you live all your life in fear, if you are programmed to see danger everywhere, you lose some of your ability to really explore the world. You doom yourself to a narrow way of looking at the world,” Grossman said.

In the Faith and Culture series event “A Conversation with David Grossman,” Berkley Center Senior Fellow Paul Elie interviewed Grossman about the joys and complexities of writing, how to portray conflict in novels, and the role Grossman’s Jewish identity plays in his work. His books include To the End of the Land, Lion’s Honey, and A Horse Walks Into a Bar; and he is the winner of the 2017 Man Booker International Prize.

The Pleasure of Writing

Grossman shared with Elie and the audience the pleasure of the writing process. In real life, people have to constantly narrow down the thousands of layers of reality that are happening in order to function. Writing is a direct reversal of this process, as it involves using reality as inspiration to create an immersive world of many different characters.

In imagining so many different characters, Grossman is able to view the world from many perspectives, including those of his enemies, or the people who are at war with Israel. “I do not feel like it weakens my Israeliness or my identity at all,” Grossman said. “On the contrary, it only widens and enhances it.”

In a world that is full of generalizations and prejudices and stereotypes, Grossman also sees the role of artists as countering the noise that occurs through mass media. He explained,

There is such a joy in redeeming a stereotype and finding the nuances.

Grossman observed that the constant state of war in Israel has led to the development of an entrenched Jewish identity and a need to create a distinction between “us” and “them.” To counter this, he has tried to use his writing as a way to imagine himself through other perspectives.

For example, Grossman has written from the perspective of a Nazi commander of an extermination camp, and in the process he sought to understand how a normal human becomes so callous. “Where is the place where you erase part of your humanity in order to erase the life of so many others?” Grossman asked.

The State of Crisis in Israel

Given Grossman’s experience writing about Israel’s state of war, Elie asked Grossman what Catholics can learn from him about living in crisis mode, particularly in the wake of sexual abuse scandals that have been a defining part of the Catholic Church’s recent history. Grossman said,

"In the Catholic reality and the reality of Israel, there is a clash between an era of idealism, hopes, and high morals (or pretensions to have high morals) and the clumsiness and the inner contradiction of reality," Grossman said.

Grossman also emphasized that the existence of an Israeli state is a miracle, and that he believes the Israeli people have lost contact with this sense of miracle.

One of the definitions for me of being a Jew as a collective or individual is someone who never felt at home in the world, and Israel is meant to be this home, but until now unfortunately it is more of a fortress than a home.

He believes that a two-state solution is the only possible and logical solution to the Israeli-Palestinian conflict, predicting that a single binational state would be a catastrophic failure given the complex history and tensions between the Israeli and Palestinian populations.

Grossman finished his talk by reflecting on the joys of life that a state of war can often distort. “The main thing that peace is worth fighting for is that it might bring back the right priorities of life, and the real thirst for life...because life is so wonderful.” 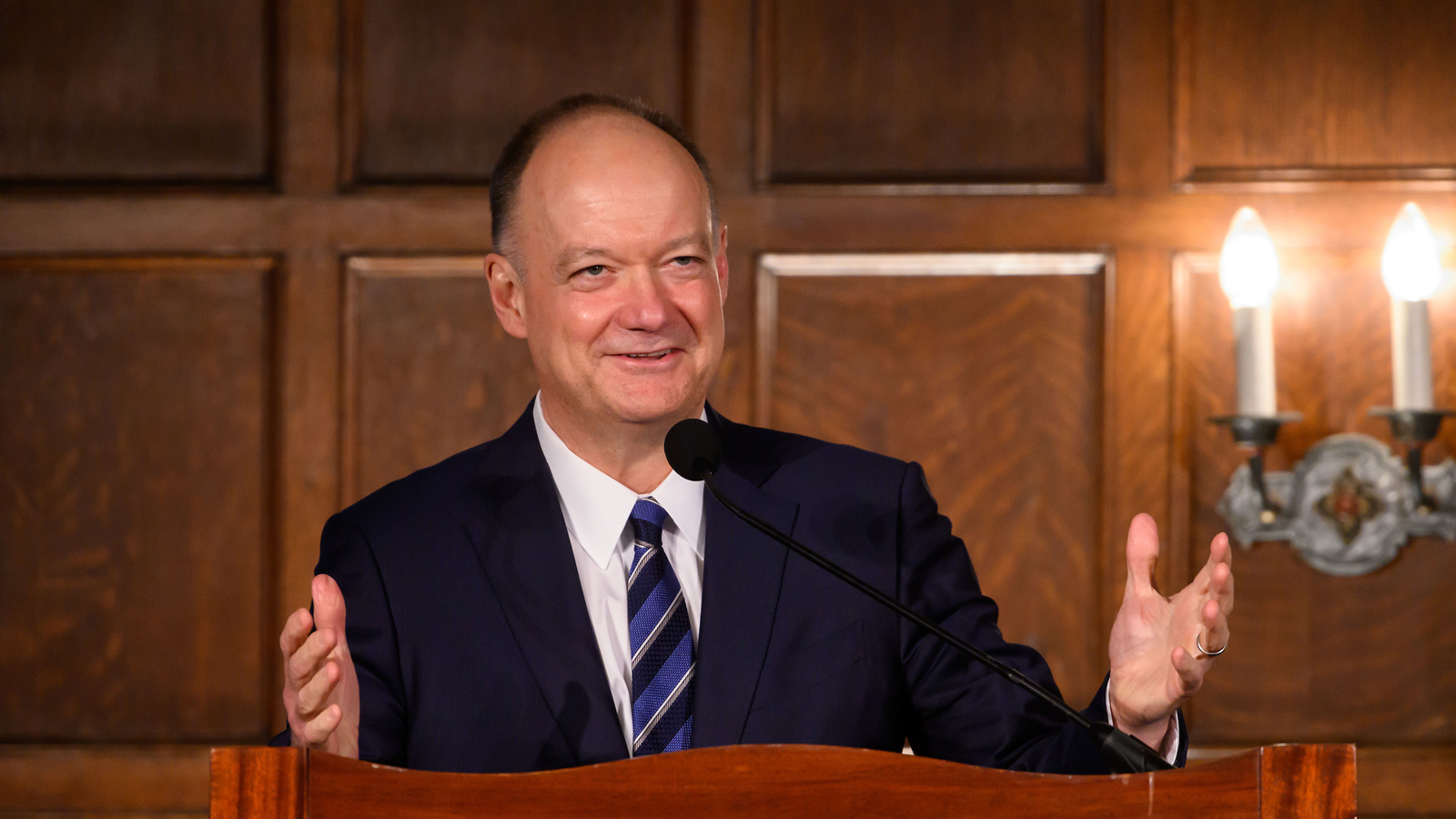 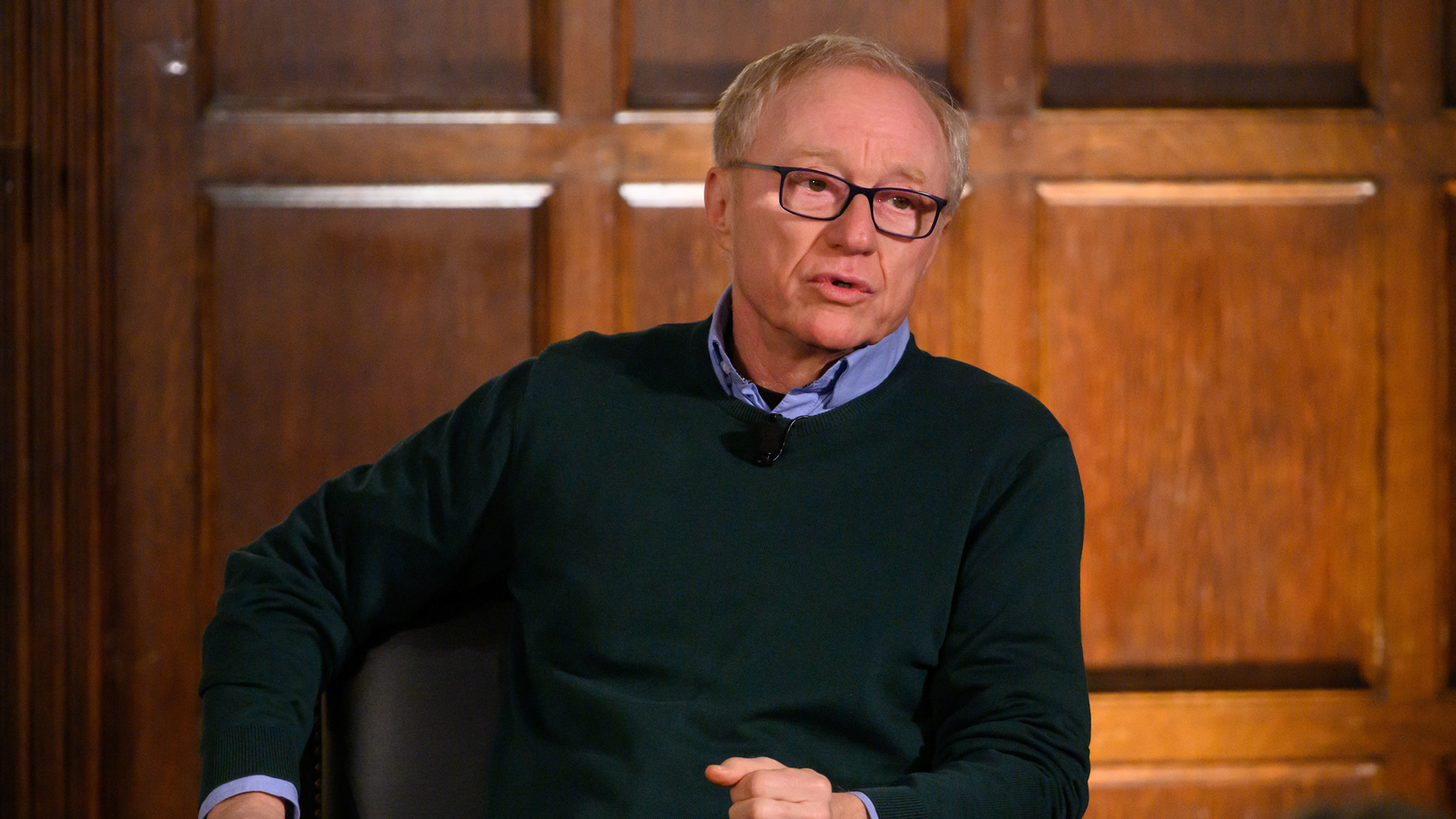 David Grossman discusses how writing allows him to understand different points of view. 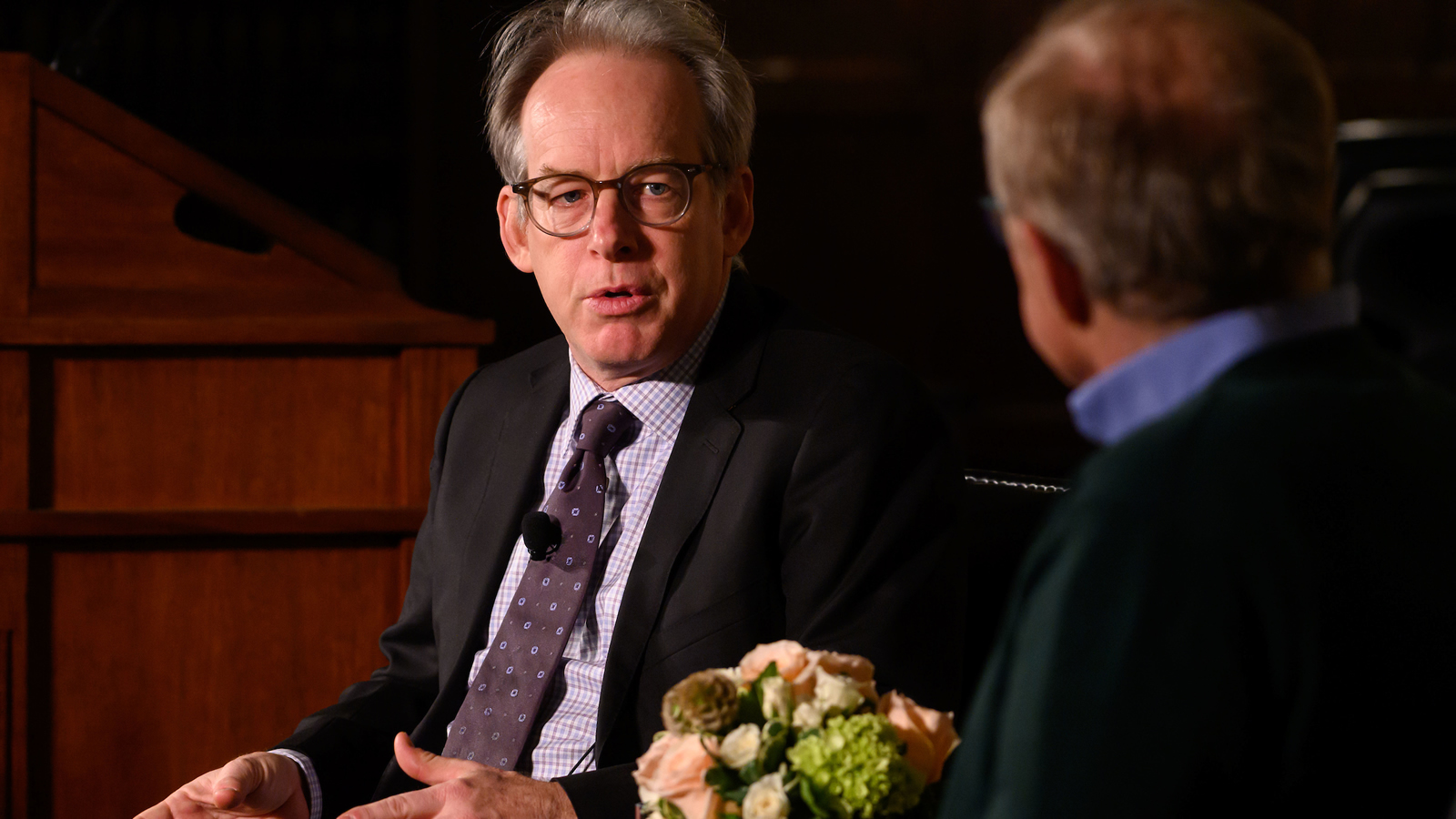 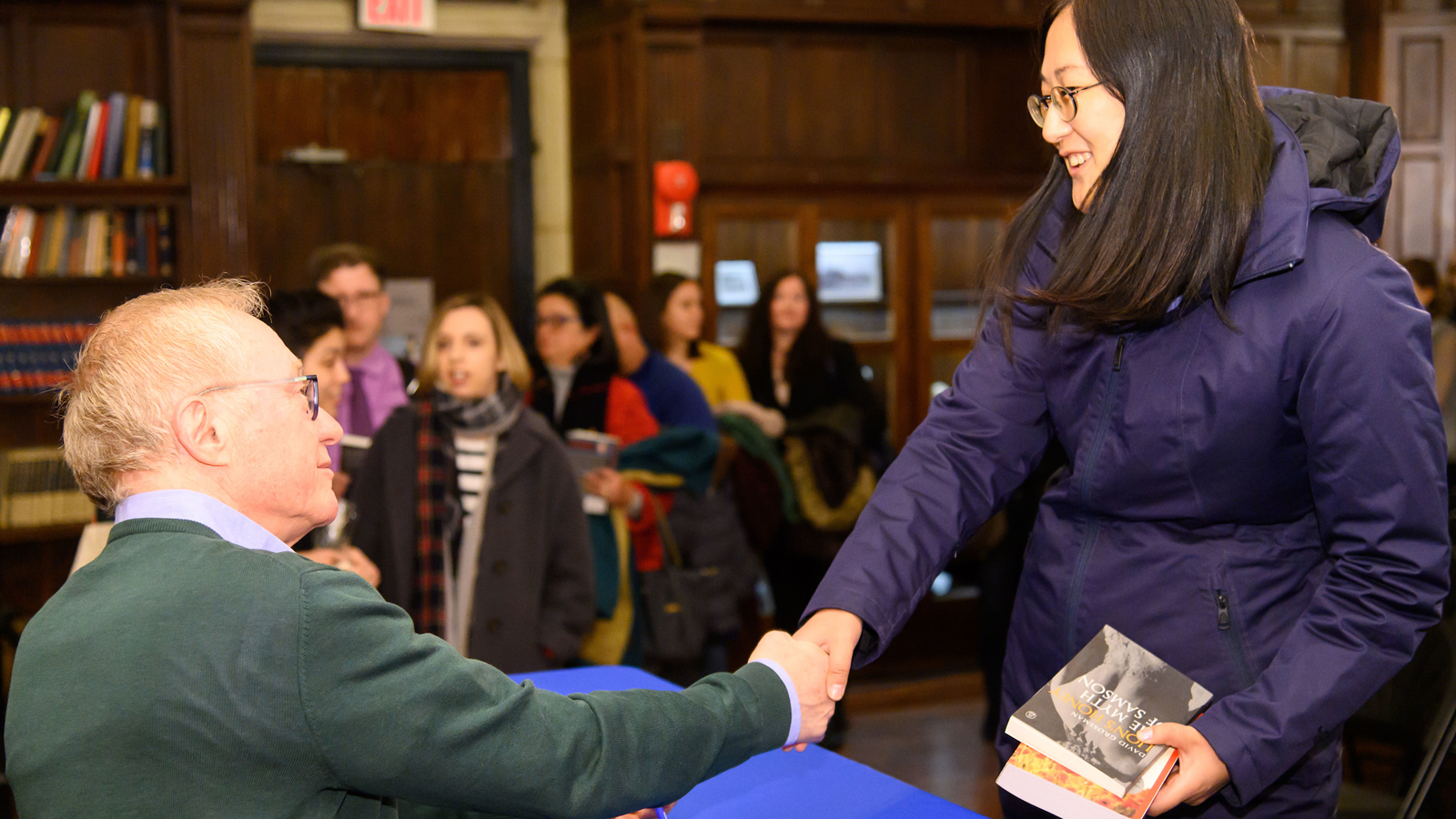 An audience member has books signed by David Grossman.