Background: In this exchange on July 21, 2012 in Rome, Fr. Antonio Spadaro, SJ, and Colin Steele discussed cybertheology and the work Fr. Spadaro engages with at the Civiltà Cattolica Review. Fr. Spadaro points out how the rise of the Internet brings forth new questions of theology and teaching, including the meaning of authority and the relationship between participation and interaction. Spadaro and Steele also discuss globalization and the way by which technology is changing how people engage one another.

Describe your vocation. When did you join the Jesuits, why, and what’s happened from then till now?

I was born in 1966 and encountered the Jesuits not long after, when I attended a Jesuit-run middle school. I took a few years off after that (Salesian secondary school, secular university), but while I was in university I read a pamphlet about the Jesuits and made a retreat for the Spiritual Exercises. At that point, I was pretty sure I had a vocation, and I was beginning to realize that it was to the Jesuits. When I made that retreat, I felt such a sense of inner peace and resonance—the Jesuit way was my way—that I was fairly convinced I would join after finishing my studies in philosophy. As I expected, I joined the Society in 1988, enamored with its profound spirituality and its universal apostolate. I wanted to work in the world and with a variety of professional possibilities, and the Jesuits offered that.

How has your vision and sense of your vocation changed over time?

After 20-some years, I’ve certainly grown and matured a lot. I’ve also deepened my connection to the Society as a whole—I very much feel myself a part of a group or body of men all over the world. My travels across the globe and throughout Italy reinforced that sentiment empirically: at first, my vocation was about me and my Jesus; after seeing so many of my brother Jesuits working for the Society and the Church in their ways and places, it’s all about being a part of a much greater Church.

How did you start at La Civiltà Cattolica?

Entirely by accident! I originally thought to work as a secondary school teacher, which I did. Still, I like to write and continued to do so as a teacher; at one point, someone took notice and I was invited to write an article for Civiltà. It was a huge honor—the review is one of the most widely read and highly respected in Italy and is sent by diplomatic courier to all the Apostolic Nuncios—a permanent diplomatic representative of the Holy See to a state or international organization—around the world when it’s published every two weeks. Anyway, the editors liked what I wrote, so I was asked to continue contributing on an occasional basis. I did, and I enjoyed it, but I didn’t think I’d actually leave my teaching position. Then, in 1998, I had a meeting with my superior and he asked if I’d like to move to the La Civiltà Cattolica community and write for them consistently. Once more surprised and honored, I accepted—and I’ve lived and written here ever since. Ten months ago, I was surprised once more at being asked to serve as editor in chief, and I’ve held that position ever since.

I know the subject of much of your work and writing is “cybertheology.” Could you introduce me to the subject, how you came to be interested in it and what it means?

Like La Civiltà Cattolica, cybertheology was something that started out as a pet interest and started taking on a life of its own. I really enjoy projects that are like seeds, with a lot of room for growth and exploration. The early Internet obviously fit that description neatly, and I plugged in fast. I built a website in the early '90s, then built a blog that was one the first online hubs for creative writing in Italy (it’s still alive and doing well). I’ve joined most of the big Net movements early, too (I was on Twitter in 2005 and Facebook pretty much as soon as it opened to the public). In terms of cybertheology itself, I arrived at it by combining my two greatest interests: Jesuit spirituality and cyber-reality.

I’m fascinated by all the sociological dimensions and ramifications of the Internet, but there are plenty of people writing about those. I started writing about cybertheology because I didn’t see anyone else doing it—no one was confronting the spiritual ramifications of the Internet age. The field is still pretty uncrowded, but the message is getting out there. I started getting recognition for my work after I wrote my first article in La Civiltà Cattolica; shortly after publication, I was asked to speak to the assembly of the Italian bishops’ conference about the “digital Church” in the modern world. The talk was a success. This meeting helped me a lot in order to think better about my topics. I was quickly asked to address other national bishops’ gatherings with my findings. Those were also popular, which helped drive interest in my continued contribution to the review. Thus, you now find me balancing my two selves, simultaneously editing a very traditional paper-and-ink review and continuing to explore new outlets for expression online.

Let’s get into the details of cybertheology. What drives it, what does it tell us, where’s it going?

We need to start with the human condition to answer that. For as long as humans have been around, we have been searching—for answers, for transcendence, for places to go and things to do. The instinct and need to search is deep in the race. Clearly, the Internet changes the nature and aims of our searching, and it has a deep impact on how we think and live in our “real-world” lives. God and meaning have always been trending search topics, if you will, and that’s no less the case in the age of Google than it was in the age of cave paintings. Theology is intellectus fidei, “thinking faith,” so given all of the above, it seemed logical to me to start thinking about the ways in which the Internet has affected our faith lives.

It’s important to consider that theology involves different methods, interests and values than sociology. I’m not so much interested in offering answers about whether the Internet is good or bad (it’s not inherently either) or what it does to the nature and quality of your social life. There are plenty of people writing on that already. Thus, I’d say one of the big points of my work so far is that we need a shift in how we think about the Net in general. By nature, it’s a network, not a physical reality; moreover, it’s a network with access to lots of things—some good, some not so good. We’ve got to get away from moralizing about the Net to thinking about how to use it and towards thinking about how to live in the time of the Net.

Actually, to briefly address the issue of how to use the Net, we’ve got to approach it knowing that our relationship to the Net is governed by free will: you can find pretty much whatever you want there, so it’s up to you to decide what you’re going to go looking for. Same with time spent online: that’s basically up to the individual to decide. Of course I don’t encourage looking for nasty things online or spending your whole life staring into the screen; everyone’s got to find the proper morality and balance for his Internet usage, but he’s more or less got to find and maintain it for himself.

Now, as far as thinking faith in the age of the Internet goes, there are a few topics and trends I’d like to highlight. First of these is the theory and nature of authority. There’s no central power or mediator on the Net, as the common example of online news consumption highlights. Instead of leaving judgment of the slant and veracity of an article to a professional editor or producer, many people now produce and “edit” their own news sources. In that environment, how do we decide (and who decides?) which source(s) of content are considered trusted and authoritative, and why? We’re starting to see the same questions popping up in real-life spirituality, too: when people can search out and find whatever texts, theories or practices they want, that pretty clearly changes the relationship they have with liturgy and the Word.

Another big spiritual/cybertheological development is the move towards a participatory-interactive model of approaching thought and consumption of thought. At this point, I have to really hand it to Ignatius: it turns out the Spiritual Exercises, in their imaginative and interactive elements, are in many ways perfectly suited to Internet-age spirituality. They do lead people towards interiority, but they do so by way of interaction. You go deeper not by hearing or reading some Scripture and silently pondering it but by being asked to imagine yourself in the Bible stories and in fact speaking with (colloquy) the characters. That’s very much the way in which people approach online thought (read/watch, leave comment, post to share site). Incidentally, that interactive model is changing our notions of “presence” in the online world, which has huge liturgical implications. People are certainly present to us in a very different way by Skype than they are in occasional letters…could you conceivably say a valid Mass by Skype? These are the kinds of (cyber)theological questions we’re going to be dealing with very soon.

Any further thoughts on what Net means in the context of spirituality and global integration?

The big trend I find really encouraging about global Net usage and networking is that people are starting to really think together and build collective intelligence across borders, cultures, time zones, faiths and what have you in ways that just weren’t possible before. This, in turn, is building global consciousness: if you can read or watch content from someone or somewhere, interact with him/her/it, and even collaborate in expanding it, that person or place becomes real to you in a meaningful way, even without physical contact. With increasing Internet freedom, the only real borders left are language (you can’t read something if you can’t read the source language) and censorship. Governments that are worried about global consciousness creation are the ones that censor their citizens’ Net usage the most heavily. On technology and spirituality, I’d say first and foremost that the opposition that’s often posited between technology and spirituality is a false dichotomy. Like I was saying a few minutes ago, technology challenges our concepts of liberty and morality, both of which are topics on which the spiritual literature is already very rich. Even the idea of building global consciousness is in some sense spiritual—people are encountering and dealing with different cultures and faiths through technology, which is a process rich in potential for spiritual challenge and growth. I’ll close with this: Pope Paul VI said that the mechanical brain is to help the spiritual brain, not to oppose it. That’s a great paradigm from which to approach globalization and technology—putting our ever-increasing technical prowess to work for the building up and the betterment of the spirit. 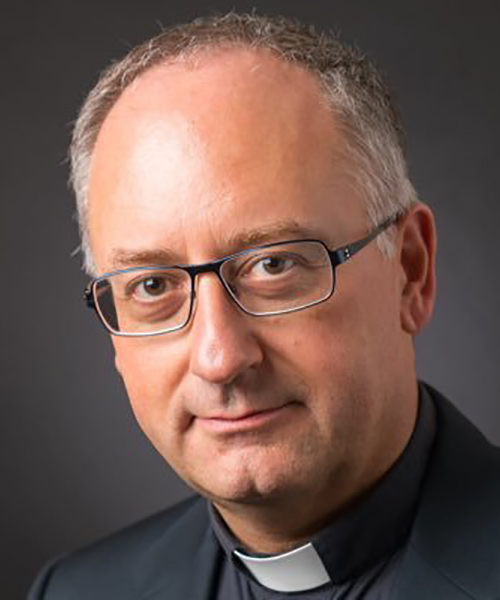