A Conversation with Michael Barnes, S.J., Professor of Theology at Heythrop College, London

Please give a brief history and description of your vocation.

I joined the Society in 1965, right around the same time that Nostra Aetate was promulgated (then unbeknownst to myself). Ironically, I was interested in interreligious work anyway, and I took a doctorate in interreligious relations at Cambridge. Drawn to the “meta” questions of philosophy and theology rather than the “religious” ones of doctrine, I moved towards the study of Eastern religions and quickly began to specialize in Buddhism. I’ve been teaching at Heythrop since 1981, and I live in a very multi-cultural part of West London, so I see at least Hindus and Sikhs (if not always Buddhists) on a daily basis.

As a Catholic priest, how did you come to be interested in Buddhism and how did you encounter it spiritually?

I started with the great theological and philosophical questions the tradition poses, which are on some basic level analogous to those posed by most other religions including Catholicism. Experientially, I encountered Buddhism through its meditative practices, which reminded me strongly of the Spiritual Exercises. I began to wonder if we might profitably combine the two—could yoga be a form of Christian prayer, or could the Spiritual Exercises be expanded to include yogic meditation? What I came to believe is that yoga prepares one to receive the Word; that form of meditation is essentially attentive listening to one’s inner self and surroundings, which vastly multiplies the effect of hearing or reading Scripture. The more I’ve encountered Eastern religions since, the more I wonder, “What are all those other faiths there for?” They are quite clearly not without some truth; if, as the Church teaches, there is only one God revealing Himself through multiple traditions, there must be some value in these other systems. It’s worth encountering: I think there’s great potential for co-operation between the meditative/philosophical way of Eastern religions and the prophetic way of the West.

The early Jesuits were famous for their work in the East. What are your thoughts on those missionaries and their way of inculturation?

Two of my personal role models are Matteo Ricci and Roberto de Nobili, both of whom realized through experience that before one can hope to teach, one has a lot to learn. Both of those men, though, drew on the work and experience of the missionary I have the most respect for, Francis Xavier. A famously intense person, St Francis had no doubt in his mind when he sailed that Christianity was the way, the truth and the life. He was a devotee of the “Call of the King” meditation in the Exercises and planned to use that as a conversionary tool. When he landed in Japan, however, St Francis was confronted for the first time in his life with a sophisticated tradition that could not only answer his claims, but ask questions that he himself had never pondered. This brought about a personal crisis, but St Francis rose to it by determining to learn the way of his hosts in order to be able to speak to their experience and offer coherent answers to the questions of their tradition. That was the path followed by Ricci and de Nobili as well, who in their turn went on to begin formulating theories of how to cope with other religions.

Interfaith dialogue is a huge topic today. What lessons have you drawn from your experience (and that of the early Jesuits) about “coping” with other faiths?

First, all religions acknowledge that they are not the only belief system in existence and therefore contain some kind of commentary on how to approach others. The Buddha (somewhat like Nostra Aetate) says that as long as people follow the spirit of his teachings, they are not to be rebuked or repressed. The challenge—in Buddhism as in Catholicism—is to discern what qualifies as the “spirit” of the teaching and respect its expression even when it appears cloaked in a different tradition. Just looking around this country, where there exists a strong climate of suspicion regarding Islam, it’s clear that any interfaith work actually has to start with an act of faith; we have to assume that the other can and wants to be a productive and constructive dialogue partner. One of the best ways to do that, I think, is to assume that in the other’s comprehensive wisdom tradition (to use a low definition of “religion”), there is in fact wisdom and comprehensibility—and that we can learn from it. Other traditions, after all, are not contingent realities; they’re usually just as theologically coherent as any we might be more familiar with.

As a Catholic theologian, the trick is to find out where that coherence lies and then discern how it is of God. As Nostra Aetate put it, we need to preserve and encourage the values of other religions rather than dismissing them as patently false. Then again, we need to be careful about just casting about for commonalities: all religions are not the same, and it won’t be long before the search finds some apparently irreconcilable non-commonalities. Rather than immediately apparent commonalities, I think the thing to search for is what might be called areas of resonance, or the derivatives of commonalities. These are harder to find, since they are usually between-the-lines kind of commonalities, but it’s critical that we look for them. Different traditions may not ask the same questions in the same ways or provide the same answers, but we can develop our imaginations to the point of seeing how our own tradition(s) reflect and are reflected in others’. For example, there is a tradition of expressing praise, thanks and adoration in the Sikh tradition that is psalm-like in sentiment; it might not be a psalm per se, but it certainly resonates with that part of our tradition, and that shouldn’t go unrecognized.

One of the worries with interfaith dialogue is that the other is going to “win” somehow. How do you propose we deal with that fear?

We’ve got to remember that dialogue is about learning, not “winning.” There’s nothing wrong with finding specificity and truth in another’s religion, and that shouldn’t take anything away from one’s own. (That might in fact be the biggest “win” we can hope for in interfaith dialogue.) One of the reasons interfaith dialogue often appears scary is that we’ve lost much of the art of the apologetic: we have faith, but we aren’t sure of how to articulate it clearly or reasonably without resorting to liberal fudging. If we can’t explain our faith to ourselves or others in a way that makes sense, of course we’re going to be worried that the other is going to win the debate or subvert our own beliefs. I like to think of interfaith dialogue as being a series of meetings, crossings and imaginings. The first step is to go out and really meet people where they are. After genuine encounter, we can begin to imagine moving across a threshold into another religion or culture—and we’ve got to be prepared to take the risk in doing so. Only after you’ve crossed the threshold can you begin to use your imagination to see how the other tradition makes sense and contains truth in its own way. In fact, I’d suggest we’ve got to stop thinking of religions as discrete faiths and starting conceiving of them as schools of faith. Look at the communion of Catholics around the world: this church contains believers of all different backgrounds, races and degree and kind of belief; it’s only safe to assume that others might look similar on the inside.

How did your Jesuit training prepare you to engage interfaith dialogue so constructively?

I was caught up in an extraordinary foment of renewal within the Order and the Church during my formation process. As I say, I joined at the time of Nostra Aetate, so we were just learning the language of “discerning the signs of the times.” That vision, and the vision of Vatican II in general, was very important and it totally permeated my formation studies. Also, given that I started out studying interreligious relations and specifically Buddhism—which fits rather nicely with Christianity—I was steeped in the spirit of Nostra Aetate from the very beginning of my time as a Jesuit.

Finally, one of my other subjects (Fr. Xavier Jeyraj) proposed that Asia is “the way” for the Church in the twenty-first century. What’s your perspective on that idea as a scholar of Eastern religions and spirituality?

Well, all religions are “ways” in their own right. Asian traditions tend to prioritize orthopraxy over orthodoxy, which might be instructive for us in the West. Then again, Europeans tend to too glibly distinguish between spirituality and religion. Spirituality has become shorthand for the ways in which people try to find a not-too-religious concept of truth, and the “spiritual but not religious” phenomenon is a dangerous concession to the post-Enlightenment search for precise definitions. We all espouse a variety of truths and tell ourselves a variety of stories at any given time, so we lose a lot by retreating from religion for fear of boxing ourselves in (or religion’s insistence that we do just that). I’d come back again to the “school” model of religion over the “marketplace” one—religions are not (and should not be) firms in zero-sum competition with one another, but aggregations of broadly like-minded adherents to a certain tradition. 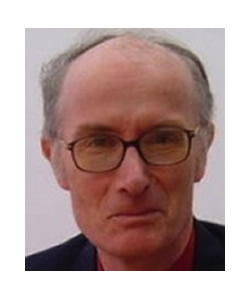