A Conversation with Michael Kirwan, S.J., Professor of Theology at Heythrop College, London

Background: In this exchange on July 24, 2012 in London, Michael Kirwan, S.J., and Colin Steele discussed the intersection of politics and religion, drawing on Fr. Kirwan's professional academic work. The conversation also covered theology in a secularized age, the role of theology in globalization and multiculturalism, and the political theology of the European Union.

Please give a summary of your vocation and work as a Jesuit.

I grew up in Leeds, in the north of England, the child of Irish Catholic parents. I went to a Jesuit school; after completing my degree in English literature in 1980, I decided to join the Jesuits. I had felt drawn to the order rather than diocesan priesthood because of the internationality of the Jesuits’ mission and vocation, and I’ve enjoyed some of our global resources during my studies. Though I did most of my training in London, I have spent two years in Zimbabwe, one in Innsbruck and one in Chile during my time as a Jesuit. After being ordained in 1990, I got to experience parish life for three years while serving a church in South London before taking my D.Phil. in theology. Once I’d completed my doctoral studies, I began teaching here at Heythrop.

I was just speaking to Fr. Holman, the principal [of Heythrop College], about providing a Jesuit education in the age of secularization. What has been your experience with that as a professor of theology?

We have various theology programs here, one of which is tailored for ordinands and the rest for lay students. As far as teaching theology to lay students goes, one of our guiding principles is to develop a common vocabulary amongst students of different beliefs and to create a respect for religion in general. We try quite intentionally to challenge the negative manifestations of religion in our culture and push our students to think critically but positively on matters of belief. We’re happy to have them ask tough questions, but we hope they won’t dismiss belief or believers out of hand.

One of the main benefits of theology, in fact, is cultural literacy—without knowledge of at least basic theology and classical philosophy, it’s almost impossible to understand oneself or one’s cultural milieu. Most students these days are nearly or wholly unacquainted with these strands of thought, and so I believe there is a strong case to be made for theology and philosophy studies purely on social grounds. We’ve got to understand where we’re coming from if we want to determine where we’re going. I am also convinced that it’s good to have an understanding of how faith and culture (including multi-culture) work in general. That’s a great transferrable asset, if you will, that will enable you to work effectively with other people in a variety of situations. Thus, we try to instill not just theological competence but also responsible regard for other faiths.

I know a lot of your theological work is focused on the relationship between the theological and the political. Could you explain some of your findings?

I’m really interested in the work of the American political theologian William T. Cavanaugh, who suggests that religion and politics are functionally quite similar and in fact often appear in the other’s guise. That line of thought is present in the writings of Saint Paul and Saint Augustine, and it’s interesting to see their thought being rediscovered in the modern world. There’s huge interest today in moral questions, and those come up in my classes a lot now—questions about the state’s right to torture, to kill, to wage war. I’ve found that where one comes down on those issues is usually pretty descriptive of one’s position on the state generally, where more willingness to see the state torture and kill corresponds to a higher degree of confidence in the idea and power of the state.

As a theologian with a strong interest in political theory, the economic crisis that has been going on for the last four years is an enormously fruitful issue for investigation and debate. The economic situation poses serious questions to society and the self. We’re seeing a rise in interest in thinkers who probe our customary notions of the self—and what happens when we lose a sense of self. The crisis has people feeling vulnerable and increasingly aware of the ways in which religious and political ideologies have a hold on individuals and societies. The deep-seated religious differences within Europe are becoming clearer as the economies in the predominantly Catholic south founder while the predominantly Protestant northern countries are doing better. It turns out that even in “secular” Europe, religious differences have not been put to bed once and for all.

How do you think about all this from the perspective of the United Kingdom, which has maintained its arms-length separation from the Continental EU (and its common currency)?

I think some of the U.K.’s habitual resistance to the EU is a sort of residual Protestantism. You’re right to mention that the EU project is Catholic in inspiration, and many Britons are still suspicious of ideas that involve the Continent, the Catholic Church and/or authority. Europeanization is all three of those, and this country is typically wary of it. Some of Habermas’s latest thinking has suggested that national identities without religious underpinnings may not be durable, and that hypothesis may be playing itself out before our eyes with the dream of “European” citizenship. As Umberto Eco said in the Guardian, Europeanization has got to be a cultural project if it’s to have a chance of success.

What does theology as a subject bring to the cultural-political debate in the age of globalization and multiculturalism?

I think the cutting-edge sub-discipline in theology right now is the theology of interfaith relations and dialogue. Nostra Aetate opened the Church to that project, and we’re moving in the direction of having dialogue on an equal level that leaves open the possibility of having our own views changed in the process. That’s the way we have to go amidst a larger debate based upon the principles of hospitality, which every religion has a theory of. We’ve got to think through the models we have now and their logical consequences. The value-neutral public square is just such a model: if the space belongs to no one, then everyone must enter in a spirit of competition (the “religious marketplace” theory). We know what potential for conflict and resentment exists in real competitionary markets, so we should be careful about accepting that assumption of the nature of the public square uncritically. I’d suggest that what we really need is a model and theory of encounter that recognizes and acknowledges power dynamics without necessarily seeking to overcome them. Britain’s public square might be secular, but it’s a pretty Christian-derived kind of secular, and we have to think about how to account for that.

At the same time, we’re heading toward a post-secular, post-Westphalian vision of society and culture, and theology is going to have to keep up with that movement as well. There are signs of hope: Abraham is a welcoming figure (the whole story starts with him welcoming three strangers into his tent), and increasing historical consciousness tells us that different communities have been able to thrive in “alien” cultures and contexts throughout the histories of all three Abrahamic religions. We need to keep building that historical consciousness to remind ourselves of that and figure out how they did it.

Specifically with regard to interfaith dialogue, I’d say one of the big discussions going on just now is the three-way conversation between Christianity, Islam, and modernity. Each of these is challenging the presuppositions of the others, and we’re increasingly realizing with what different perspectives people approach interfaith dialogue (completion, co-operation, curiosity). Like most religions today, Christianity and Islam are wrestling with the question of how to pass their faith on to the next generation, which of course raises the implicit question of whether and how to engage with modernity in doing so. This is a tricky undertaking, and the fact that history does not stand still for anyone necessitates creativity along the way.

In my view, the Catholic instinct has been towards plurality without relativism. That was the message of Nostra Aetate—the Vatican declaration which exhorts us not to ignore the elements of salvific truth to be found in other religious traditions, while still maintaining the Catholic claim to the fullness of that truth—and that’s the thinking we need to keep developing in the modern world. Matteo Ricci and the other early missionary Jesuits got a lot of things right when they determined that the best way for them to be missionary priests was to acculturate themselves in so far as was appropriate while maintaining their strong Jesuit and Catholic identity. We’re not the first generation to face the challenge of creating a polity out of plurality, so we can look to the past (and our historical consciousness) for some guideposts. In order to coalesce, we do and will need central authority. It must be derived, contingent and conditional, but authoritative nonetheless. As Jesus said, sheep without a shepherd are worthy of pity. From a Catholic perspective, a model of authority that fosters pluralism without relativism can provide a valuable critique of neo-liberal politics as well as the dominant assumptions of secular modernity. 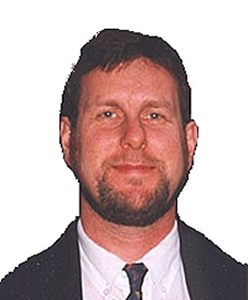