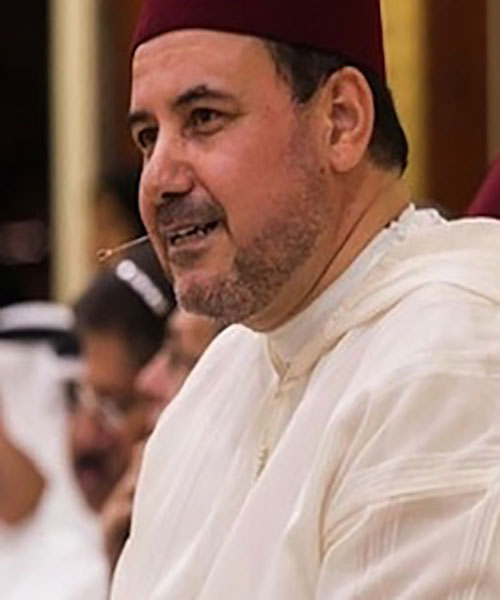 Dr. Ahmed Abaddi, one of Morocco’s most respected Islamic scholars, is the secretary general of the Mohammedian League of Religious Scholars (al rabita al muhammadiyya lil ‘ulama’), appointed in 2006 by His Majesty King Mohammed VI. From 2004 to 2006, Abaddi served as director of Islamic affairs at the Ministry of Habbous and Islamic Affairs. He received a Ph.D. in Islamic studies from Cadi Ayyad University of Marrakech in 2002 and has taught the comparative history of religions and Islamic thought there as a distinguished professor. From 1999 to 2000, he was a Fulbright Scholar in Residence at DePaul University and the University of Chicago. He headed committees for the US‐Morocco Strategic Dialogue and Morocco’s Higher Council for Education and served on Morocco’s Economic, Social, and Environmental Council, the National Council for Human Rights, and the Higher Council for Audiovisual Communication. Abaddi has written numerous articles and books on Islamic thought and jurisprudence and teaches on a regular basis at different universities.