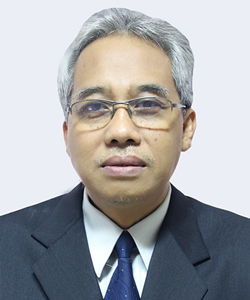 Amin Abdullah is a professor of philosophy at Sunan Kalijaga Islamic State University in Yogyakarta, Indonesia, where he previously served as rector. He was vice chairman of Muhammadiyah's governing board from 2000 to 2005. He is the author of numerous books, including Religious Education in a Multi-Cultural and Multi-Religious Era. In his work Abdullah distinguishes normative Islam from historical Islam and advocates a new path in Islamic philosophy of knowledge that is open to dialogue and integration with many different sources of knowledge. His Ph.D. in Islamic philosophy is from the Middle East Technical University, Ankara, and he has conducted postdoctoral study at McGill University.