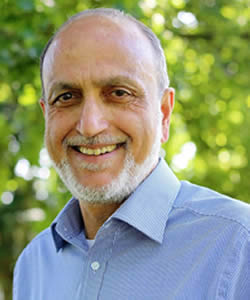 Ataullah Siddiqui is a reader in religious pluralism and interfaith relations at the Markfield Institute of Higher Education, where he was also the director of the institute from 2001 to 2008. He is also a visiting professor at the University of Gloucestershire and a visiting fellow at York St. John’s University. His interests include religious pluralism, interfaith relations, and various aspects of education related to Islam and the United Kingdom. Siddiqui was previously founder, president, and vice chair of the Christian Muslim Forum in England and a founding member of the Leicester Council of Faiths. Siddiqui earned his B.A. and Ph.D. at the University of Birmingham.