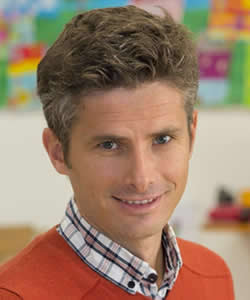 Charles Mercier is an associate professor of history at the University of Bordeaux (France) and a member of the Institut universitaire de France. He was a Berkley Center visiting researcher from February to June 2018. Mercier has written or edited seven books, including René Rémond et Nanterre, les enfantements de 68 (2016). He’s currently involved in a five-year project (2017-2022) on “Youths and Religions in a Global and Secular Age”; the first stage is focused on World Youth Day, a global Catholic festival launched by Pope John Paul II in 1985. Mercier received his Ph.D. in history from Paris 1-Panthéon Sorbonne University in 2011.