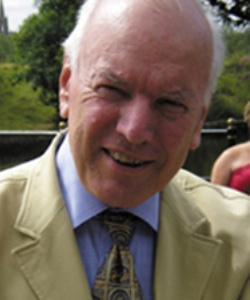 David Martin was an emeritus professor of sociology at the London School of Economics until his death in early 2019. He also served as president of the International Society for the Sociology of Religion and was an ordained priest in the Church of England. Martin wrote extensively on the sociology of religion and secularization, most notably in A General Theory of Secularization (1978), and on the intersection of sociology and theology, with his essays on this topic collected in Reflections on Sociology and Theology (1996). He examined the expansion of Pentecostal Protestantism in the developing world in his widely cited Tongues of Fire: Conservative Protestantism in Latin America (1990) and Pentecostalism: The World Their Parish (2002). He also wrote on religion and violence in Does Christianity Cause War? (1998) and The Future of Christianity: Reflections on Violence and Democracy, Religion and Secularization (2011). Martin published his autobiography in 2014.