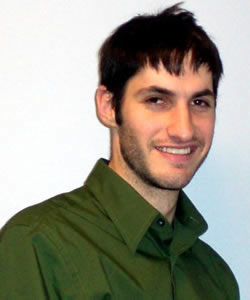 Eli A. Wolff directs the Sport and Development Project at Brown University, and is an Engaged Scholar in the Brown University Engaged Scholars Initiative. Wolff also manages the Olympism and Development, Olympic Studies Center at Brown University. From 2002 to 2006, he was a lecturer and coordinator at the International Olympic Academy in Olympia, Greece. Wolff was a member of the United States Paralympic Soccer Team in the 1996 and 2004 Paralympic Games. He also serves as coordinator of the Inclusive Sports Initiative at the Institute for Human Centered Design based in Boston, and as the program director of SportsCorps for the Fitzgerald Youth Sports Institute also in Boston. From 2004 to 2006, Wolff led a global effort to include provisions addressing sport and recreation within the United Nations Convention on the Rights of Persons with Disabilities. He is a graduate of Milton Academy and Brown University, where he was a student-athlete.