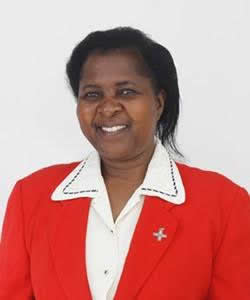 Sr. Ephigenia W. Gachiri, IBVM, is a renowned educator and activist who has dedicated herself to improving the lives of young women in Kenya. She joined the Institute of the Blessed Virgin Mary, also known as the Loreto Sisters, in 1965. Gachiri is widely regarded for her fight against the practice of female genital mutilation. She has written four books on the subject and has spoken at the United Nations Commission on the Status of Women. In 1998, she launched the Termination of Female Genital Mutilation project of the Loreto Sisters. Gachiri has a doctorate from Kenyatta University, Nairobi; an MBA in education from the University of Birmingham in the United Kingdom; a bachelor’s degree in geography from the University of Calcutta, India; and an honorary doctorate from DePaul University.