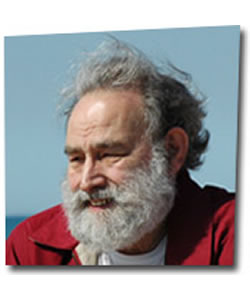 Now living in Japan, Gene Reeves is a philosopher of religion who has taught at Tsukuba University, Rikkyo University, and Renmin University of China. He is also a consultant to Rissho Kosei-kai and to the Niwano Peace Foundation. Reeves previously was head of Meadville Lombard Theological School from 1979-88 before becoming a Professorial Lecturer at the University of Chicago Divinity School; he has also taught at Wilberforce University in Ohio, Tufts University, and Antioch College. In addition, Reeves helped found the Council for a Parliament of the World's Religions. His publications include The Lotus Sutra: A Contemporary Translation of a Buddhist Classic (2008) and A Buddhist Kaleidoscope: Essays on the Lotus Sutra (2003, as editor). Reeves holds a PhD from Emory University, an STB from Boston University, and a BA, with graduate work in psychology, from the University of New Hampshire.