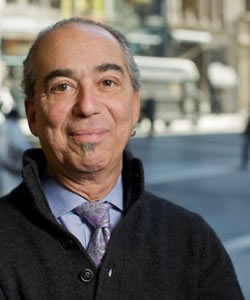 George Shulman is professor at the Gallatin School of Individualized Study at New York University. His research interests focus on the fields of political thought and American studies, with an emphasis on the role of narrative in culture and politics. Shulman is the author of American Prophecy: Race and Redemption in American Political Culture (2008) and Radicalism and Reverence: Gerrard Winstanley and the English Revolution (1989), as well as editor of Radical Future Pasts (2014). He holds a B.A. in American Literature and Political Economy from Amherst College and Ph.D. in Political Science from the University of California, Berkeley.