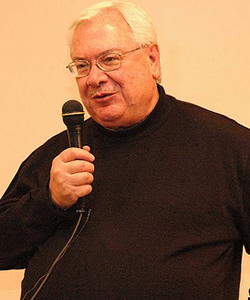 Hanna Siniora is co-CEO of the Israel/Palestine Center for Research and Information (IPCRI), publisher of the Jerusalem Times, and general manager of Biladi Advertising Agency. Siniora has been a member of the Palestinian National Council since 1990; he has officially represented the Palestine Liberation Organization in several negotiations. A Palestinian Christian living in East Jerusalem, he served as editor-in-chief of Al Fajr, an East Jerusalem Arabic language daily, from 1973-93, and was the founding editor of the English language Al Fajr Weekly. Since 1989 he has been Chairman of the European Palestinian Chamber of Commerce and from 1998-2003 was chairman of the Palestinian American Chamber of Commerce. In 2007 Siniora was awarded the Peace Prize of Honor from the Order of the Knights of Malta in recognition of his commitment to Palestinian-Israeli peace. He was also awarded the Papal Silver Olive Branch for Peace.