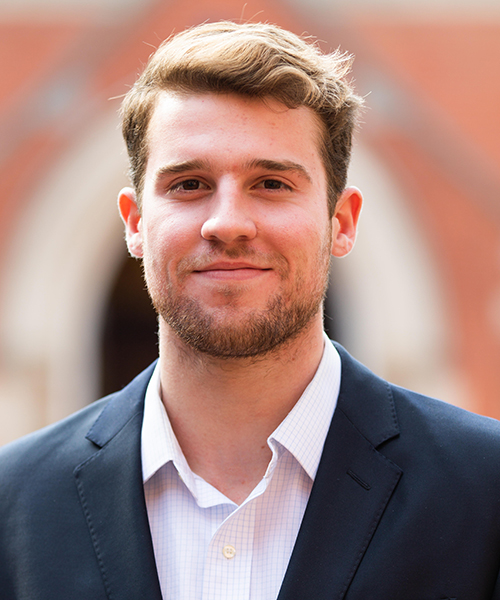 Henry James (C’22) was an undergraduate student in the College, where he studied history and philosophy. Originally from the San Francisco Bay Area, Henry is particularly interested in the history of political movements, focusing on the role of race and class in forming political ideology. On campus, he was co-president of Georgetown Ballers, a mentorship program that brings together Georgetown students and the young men at New Beginnings Youth Development Center through a shared love of basketball and Ledo’s pizza. He also served as a research assistant in the history department for two separate book projects, one analyzing the cultural ramifications of the atomic bomb, and the other being a history of the Southern United States. During his free time, he enjoys reading and playing on the club basketball and golf teams at Georgetown. He was also a 2021 Education and Social Justice Fellow.