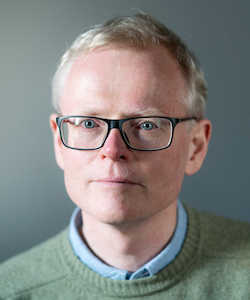 Ian Johnson is a Pulitzer-Prize winning journalist and author focusing on society, religion, and history. Johnson previously worked as a newspaper correspondent in China, first from 1994 to 1996 with the Baltimore Sun and then from 1997 to 2001 with the Wall Street Journal, where he covered macroeconomics, China’s WTO accession, and social issues. He was selected as a 2006-2007 Nieman Fellow and spent a year studying at Harvard University. Since his return to China in 2009, Johnson has written articles for the New York Times, the New Yorker, National Geographic, and several other publications. He also teaches undergraduates at the Beijing Center for Chinese Studies and advises a variety of academic journals and think tanks, such as the Journal of Asian Studies and New York University’s Center for Religion and Media. Johnson obtained his B.A. in journalism and Asian studies from the University of Florida and his M.A. in Sinology from the Free University in Berlin.