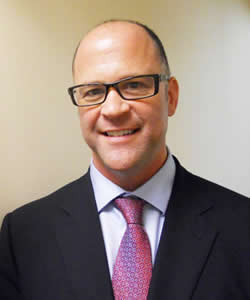 Jerry White has been deputy assistant secretary of state in the US Department of State's Bureau of Conflict and Stabilization Operation since 2012. Injured in a landmine explosion while hiking in northern Israel in 1984, he has dedicated his life to nonproliferation and building resilience in individuals and communities affected by violent conflict. A co-founder of the Landmine Survivors Network and Survivor Corps, White previously has been an Ashoka fellow and assistant director of the Wisconsin Project on Nuclear Arms Control. He is the author of Getting Up When Life Knocks You Down: Five Steps to Overcoming a Life Crisis (2008). White worked with the International Campaign to Ban Landmines when it was the recipient of the 1997 Nobel Prize for Peace. He holds an undergraduate degree from Brown University and M.B.A. from the University of Michigan; he has also done graduate work at Cambridge University.