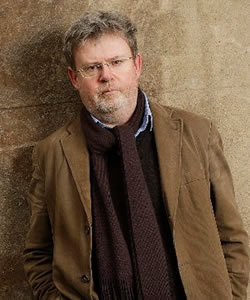 John Milbank is professor emeritus in religion, politics, and ethics in the Department of Theology and Religious Studies at the University of Nottingham, as well as president of its Centre of Theology and Philosophy. He has expertise in theology and social science, particularly theology and politics; theology and philosophy; theology and postmodernism; and thinkers such as Nicholas of Cusa, Henri de Lubac, and Thomas Aquinas. He has previously taught at the Universities of Lancaster, Cambridge, and Virginia. Milbank's publications include Theology and Social Theory: Beyond Secular Reason (1991/2006) and Being Reconciled: Ontology and Pardon (2003), as well as numerous articles and essays; he is also an editor (with Catherine Pickstock and Graham Wardof) of Radical Orthodoxy: A New Theology (1998).