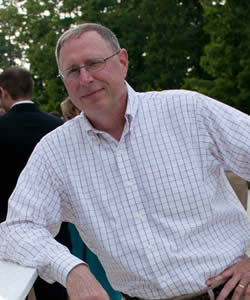 Keith Pavlischek is a military affairs expert, with a focus on just war theory and the ethics of war. Pavlischek retired as a colonel in the United States Marine Corps in 2007 after 30 years of active and reserve service. He then served as a senior fellow at the Ethics and Public Policy Center. He joined the Human Terrain System in 2010; from September 2010 to June 2011 he deployed to Afghanistan as a Human Terrain Team leader in Khandahar Province. From November 2011 to February 2012 he served as the forward team leader at International Security Assistance Force (ISAF) headquarters for a US Defense Advanced Research Projects Agency program and from January to August 2013 served on ISAF’s Kabul staff. He is the author of John Courtney Murray and the Dilemma of Religious Toleration (1994) and numerous articles, including a chapter in the Ashgate Research Companion to Military Ethics (2015).  He received a Ph.D. from the University of Pittsburgh.