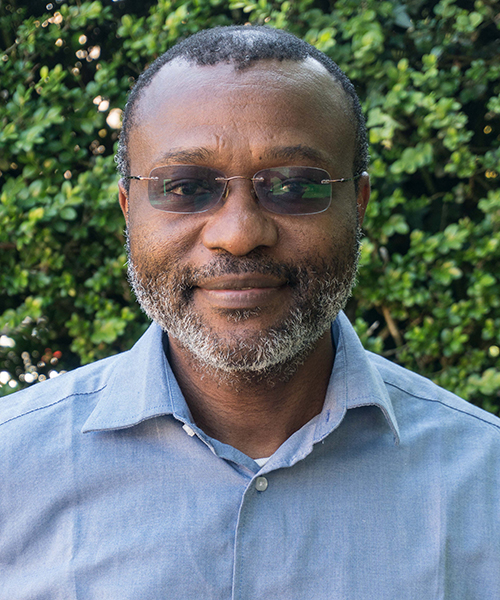 Rev. Ludovic Lado, S.J., is the director of Centre d’Etude et de Formation pour le Développement (CEFOD) in N’Djamena, Chad. A native of Cameroon, he specializes in the anthropology of religion, focusing on current trends in African Catholicism. His publications include Catholic Pentecostalism and The Paradoxes of Africanization (2009); Le pluralisme religieux en Afrique (2013); and several journal articles. He is currently working on two book manuscripts: The Politics of Gender Reforms in Côte d’Ivoire (forthcoming from Notre Dame University Press) and Towards an Anthropology of African Catholicism (forthcoming from Brill). A member of the Society of Jesus (Jesuits), Lado holds a D.Phil. in social and cultural anthropology from University of Oxford.