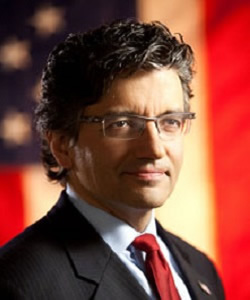 Dr. M. Zuhdi Jasser is the founder and president of the American Islamic Forum for Democracy, an organization dedicated to preserving American founding principles by directly countering the ideologies of political Islam. Jasser regularly briefs members of the House and Senate congressional anti-terror caucuses on the threat of political Islam. He testified before the United States House of Representatives Committee on Homeland Security on March 10, 2011 on “The Extent of Radicalization in the American Muslim Community and that Community’s Response” and again on June 20, 2012 on the “The American Muslim Response to Hearings on Radicalization within their Community.” He also currently serves as a commissioner on the US Commission on International Religious Freedom. Jasser has contributed to numerous books and is the author of A Battle for the Soul of Islam: An American Muslim Patriot’s Fight to Save His Faith (2013).