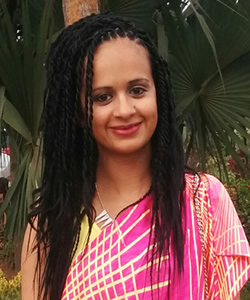 Mariam Diefallah graduated from Georgetown University’s Qatar campus in 2017 with a major in culture and politics and a certificate in media and politics. Originally from Egypt, Mariam’s interest in education and social justice started when she was a student at a public Arabic-speaking school in an impoverished neighborhood in Giza. After joining Georgetown, Mariam’s interests expanded to include the study of identity, memory, and trauma. Travelling to Sri Lanka as a participant of a community engagement program in 2014, studying themes of education and conflict resolution, motivated her to intern during summer 2015 at Teach for Qatar and to conduct research in Rwanda through the Berkley Center's Education and Social Justice Research Project during summer 2016. During spring 2016, Mariam interned at the Brookings Doha Center and worked part-time as an Arabic tutor on campus.