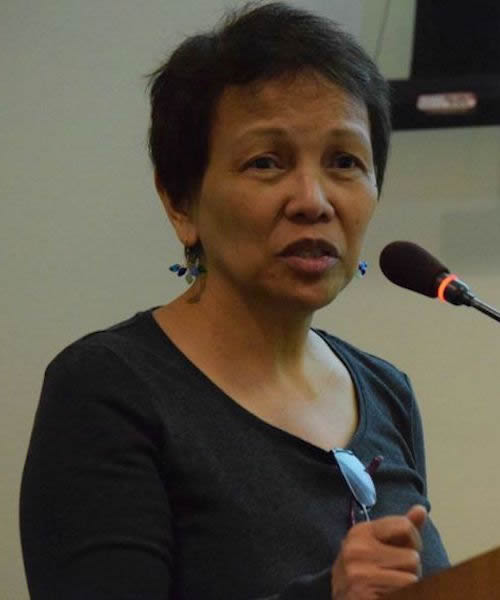 Marites Dañguilan Vitug, a leading Filipino investigative journalist, is editor-at-large for Rappler and chair of the Journalism for Nation Building Foundation. She previously edited Newsbreak magazine, a trailblazer in Philippine investigative journalism. She heads the Journalism for Nation Building Foundation, a spin-off of Newsbreak, that does public interest journalism mainly through books and special reports. Her books include Rock Solid: How the Philippines Won its Maritime Case against China, Shadow of Doubt: Probing the Supreme Court (which exposed critical weaknesses in the country's highest court), Power from the Forest: the Politics of Logging, Under the Crescent Moon: Rebellion in Mindanao (with Glenda M. Gloria), and, with Criselda Yabes, Jalan Jalan: A Journey through EAGA. Marites has a degree in A.B Communications from the University of the Philippines and pursued postgraduate studies in world politics from the London School of Economics. She was a Harvard Nieman fellow and Asian Public Intellectual and has won awards for her books and reporting on Philippine justice, security, and political affairs, including the Courage in Journalism Award by the U.S.-based International Women's Media Foundation.