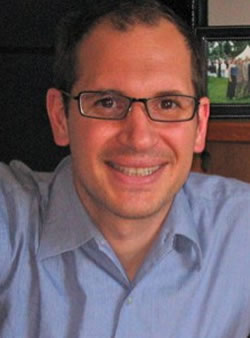 Matthew Scherer is an assistant professor of government and politics at George Mason University. He specializes in modern secularism, religion and politics, liberalism, constitutionalism, and political theology. He previously taught at Union College, Johns Hopkins University, and the University of California, Berkeley. His most recent book is Beyond Church and State: Democracy, Secularism, and Conversion (2013). Scherer's other publications include "The Rhetoric of Persuasion: On the Varieties of Political Oratory" (2007) and "Review of Spectral Nationality: Passages of Freedom from Kant to Postcolonial Literatures" (2005), as well as the entries for "Religion" and "Micropolitics" in the Encyclopedia of Governance (2007). He also contributed the chapter "Saint John: The Miracle of Secular Reason" to Political Theologies: Public Religions in a Post-Secular World (2006, eds. Hent de Vries and Lawrence E. Sullivan). He has also served as a research fellow at the Berkley Center. Scherer earned his Ph.D. at Johns Hopkins University.